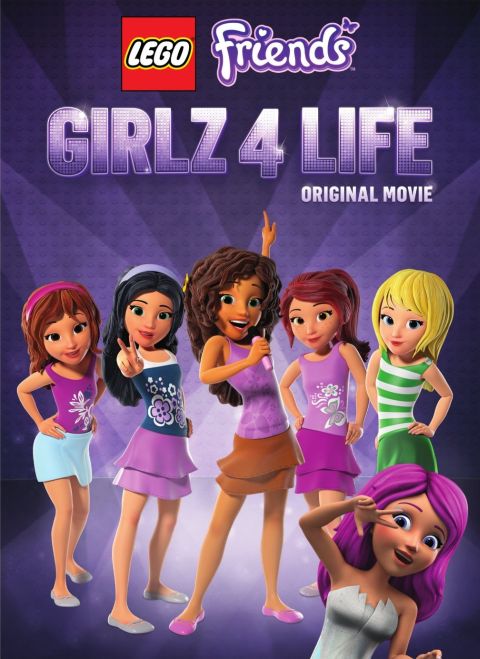 Friendship, Fame and Fun come together as Warner Bros. Home Entertainment and the LEGO Group release LEGO Friends: Girlz 4 Life, where friendships are tested when mega popstar, Livi, comes to Heartlake City. This is the first ever LEGO Friends original movie!

Our friends must devise and execute a plan—and fast—when popstar Livi’s manager steals the girls’ hit song: Girlz. As Livi gains more fame and recognition from the new hit single, the girls try to share the truth behind the song in hopes that Livi will do the right thing. As the friends set their plan into motion, they come to realize that fame doesn’t mean everything and friendship is the most precious thing in the world! Join Olivia, Stephanie, Emma, Mia and Andrea as they learn one of life’s most important lessons while having fun along the way.

“Warner Bros. Home Entertainment is thrilled to team up with the LEGO Group once again to release LEGO Friends: Girlz 4 Life on Blu-ray , DVD and Digital HD,” said Mary Ellen Thomas, Warner Bros. Home Entertainment Vice President, Family & Animation Marketing. “Fans of the LEGO Friends television program and line of construction toys will feel right at home in Heartlake City with the always confident and fun group of girlfriends in this new film.”

LEGO Friends: Girlz 4 Life will be available on Blu-ray Combo Pack for $24.98 SRP and DVD for $19.98 SRP on February 2nd. The Blu-ray Combo Pack includes a digital version of the movie on Digital HD with UltraViolet. Fans can also own LEGO Friends: Girlz 4 Life on Digital HD on January 19, via Video-On-Demand services from cable and satellite providers, and on select gaming consoles. The DVD version is already available for pre-order on Amazon.com: PREORDER LEGO FRIENDS: GIRLZ 4 LIFE

And if you want to play out any of the story, you can find the recently released LEGO Friends Pop Star sets under the LEGO Friends section of the Online LEGO Shop. 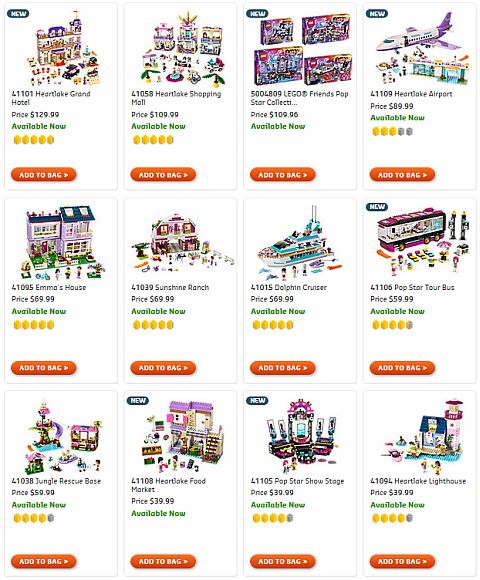 What do you think? Have you been watching any of the LEGO Friends videos and clips? How do you like them? And are you excited about LEGO Friends: Girlz 4 Life? Feel free to share your thoughts and discuss in the comment section below! 😉

And you might also like to check out the LEGO Friends section for more news, reviews and discussions, or select from the following recent posts: