by Thita (admin) on February 15, 2016
in Featured LEGO Creations

There are a number of LEGO sets with various versions of Batman’s Batmobile, but one Batmobile that a lot of LEGO fans were hoping for is the one from The LEGO Movie – you know; with the awesome subwoofers. Unfortunately this particular Batmobile was never released in an official LEGO set. However this did not deter Reddit member Warvanov, who painstakingly recreated The LEGO Movie Batmobile down to the last detail, using images from the film and from The LEGO Movie videogame. 🙂 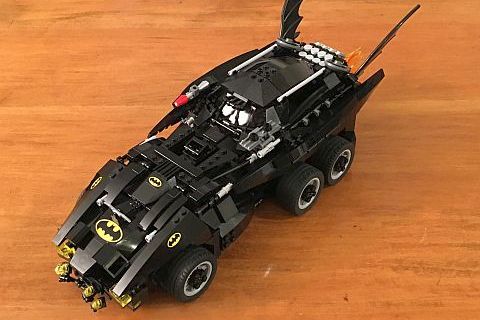 Warvanov shares that the instructions from the video-game helped him figure out the dimensions of the Batmobile. Then, using both the references from the game and the film, he attempted to recreate every last detail of the vehicle. He did find a few discrepancies between the film and game version of the Batmobile, so whenever there was conflict, the film version had taken precedence. 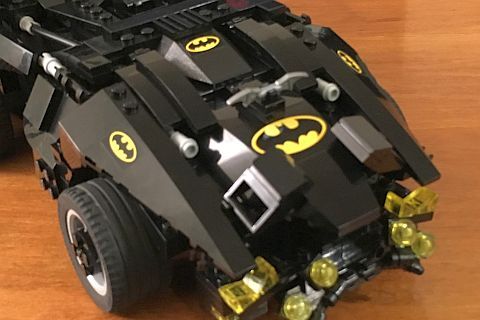 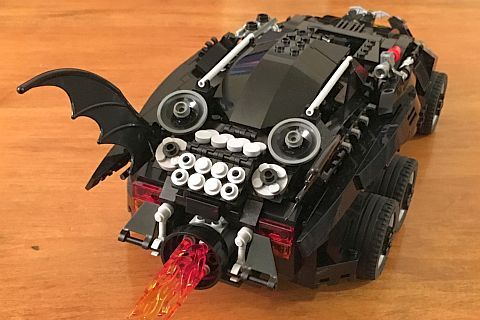 Also, Warvanov had to take a few liberties to make the Batmobile a bit more structurally sound, as in the film several pieces are held in place by only a single connection-point. For example he found that in the movie the two flags on either side of the engine-exhaust are each clipped to a 3-stud-long bar, which is held by a single claw-clip, which in turn is held by a single robot-arm, which is then connected by a single stud. Such an assemble is way too fragile in real life so needed to be adjusted. Also, there were a few places where the movie version was impossible to build with real pieces – such as the machine-gun assembly using the gray tank-tread piece. In situations like this Warvanov built something comparable instead. 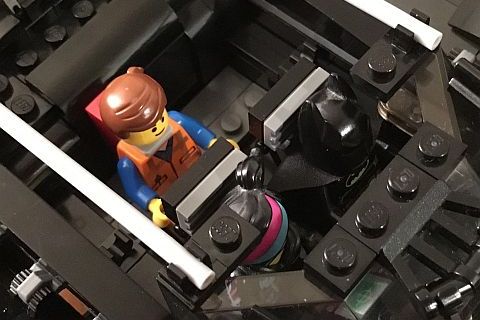 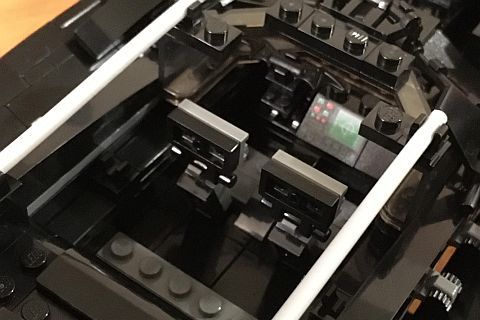 The stickers used are from official LEGO sets; the #6863 LEGO Super Heroes Batwing Battle Over Gotham City and the #76013 LEGO Super Heroes The Joker Steam Roller. They are not a perfect match to The LEGO Movie version, but close enough. Also notice the batarang steering-wheel and the seats that can comfortable sit four minifigs. Here is a reference image from The LEGO Movie for comparison. 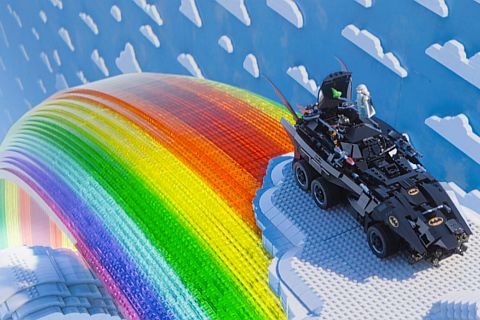 This is actually not the only Batmobile made by Warvanov. He also built four other ones: a Tim Burton Batmobile modified from the #76035 LEGO Super Heroes Jokerland set, an Animated Series Batmobile modified from the design of another LEGO fan Pellaeon, a completely custom version of the Dark Knight Tumbler, and a slightly modified Dawn of Justice Batmobile from the #76045 LEGO Super Heroes Kryptonite Interception. And he also plans to build some other ones, like his own version of the Classic TV Series Batmobile we will be getting in the #76052 LEGO Batman Classic TV Series – Batcave. You can find more pictures of The LEGO Movie Batmobile here, and the other four models here. 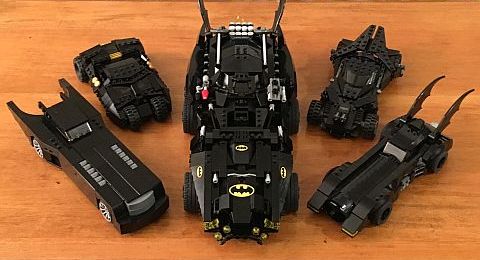 Awesome, aren’t they? I particularly like The LEGO Movie Batmobile; it is big, it has awesome shaping, and really nice details. What do you think? How do you like these custom LEGO Batmobiles? Which one is your favorite? Feel free to share your thoughts in the comment section below! And if you feel inspired to build your own Batmobile and need reference to start with, you can find the currently available official LEGO Batman sets under the LEGO DC Super Heroes section of the Online LEGO Shop. 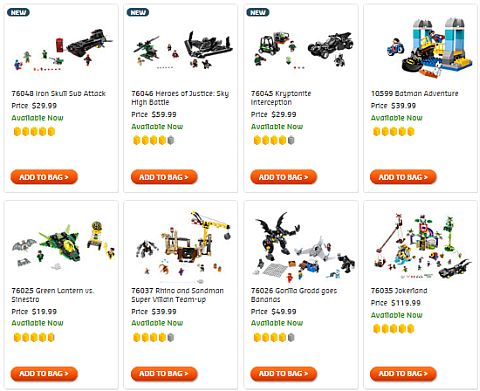