Tiny LEGO sets are cute, affordable, collectable, and very popular. It seems that the LEGO Company is very aware of the popularity of small sets, and they have been making them available in a variety of LEGO themes; LEGO Collectible Minifigures Series, LEGO Mixels, LEGO Friends animals, LEGO Star Wars Micro Fighters, various LEGO polybags, and now LEGO Super Heroes Mighty Micros. While these small sets may not be the most profitable for the company, they are excellent impulse buys, and entry level sets to much larger purchases. This is especially true when the small sets come in a collectable series. 🙂 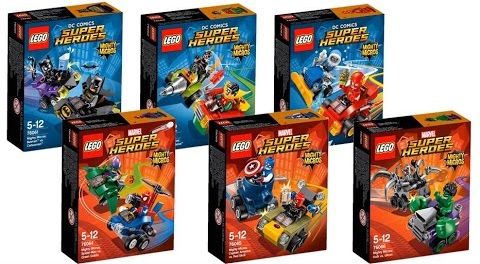 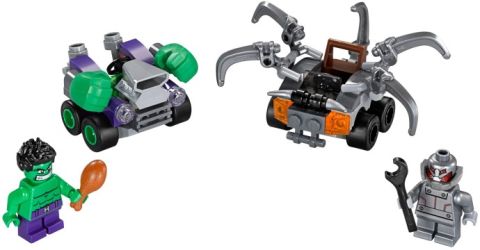 The vehicles are built on a new four-stud base piece to accommodate the very closely set wheels, and are sturdy enough to keep the vehicles together even under rough play. The body of the vehicles are built up with various accessories to match each character. They are quite creative and fun, and all the decorations are printed (instead of stickers). The minifigures have short legs and simplified/cartoonish features – they look super cute. Also, because the short legs can’t bend, and thus the minifigs can’t sit down, they are just standing inside the vehicles on two studs – which also facilitates the vehicles being so small. 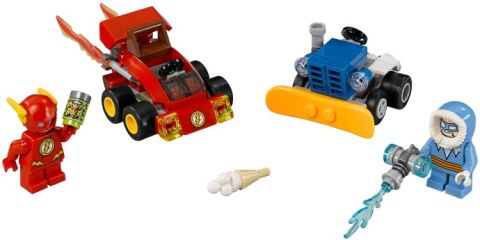 The smallness, cuteness, affordability and playability are going to make these sets irresistible to collectors. LEGO Super Heroes minifigs are already very popular with collectors, and I predict these sets will only increase the number of people who get into the hobby. After all, who wouldn’t want a shorty Batman or Hulk? In the video-reviews below by JANGBRiCKS you can see all the sets in more detail.

Each of the LEGO Super Heroes Mighty Macros sets are $9.99, for which you get two vehicles and two minifigs, so even with just one set you get quite a bit of play-value. And if you get all six sets for some major super hero action, they still won’t break the bank. This is one of those winning LEGO collections that will appeal to kids, adults and collectors. You can find them all under the LEGO Marvel Super Heroes and LEGO DC Super Heroes section of the Online LEGO Shop. 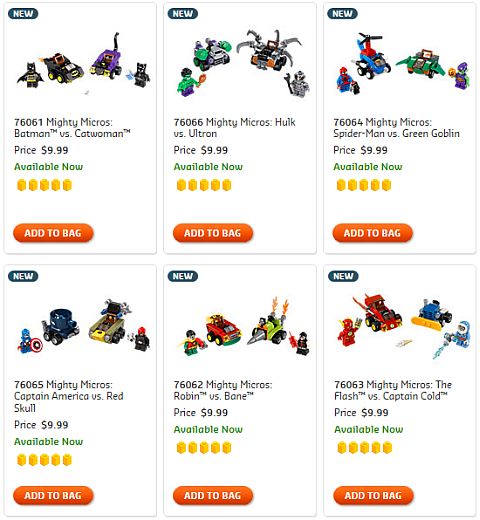 So what do you think? How do you like the LEGO Super Heroes Mighty Micros series? Which one is your favorite vehicle and minifigure? And what other characters would you like to see in the collection? Feel free to share your thoughts in the comment section below! 😉