We recently discussed the newly released #21305 LEGO Ideas Maze set (see: LEGO Ideas Maze Review & Thoughts). One of the most interesting aspect of the set is that the maze surface is removable and interchangeable. The set itself comes with several alternate maze designs, and of course you can also make your own. All you need is a 24×24 stud surface to build your own maze and insert it into the frame. Below I wanted to show you a few alternate mazes LEGO fans built already. 🙂

➡ LEGO IDEAS MINI-GOLF MAZE: This maze was build by the set’s original designer, Jason Allemann (a.k.a. JK Brickworks). In the review I linked above I included a video where Jason discusses this maze, but I wanted to add it here as well, because it has some really nice features. Making a mini-golf themed maze makes sense as mini-golf courses usually have very interesting obstacles. The windmill is motorized with a tiny LEGO motor, and there is also a rolling gate (my favorite feature) and a swinging block. It got some curved walls to go around, and a bridge built by using some curved slopes. Definitely a fun maze to play with. 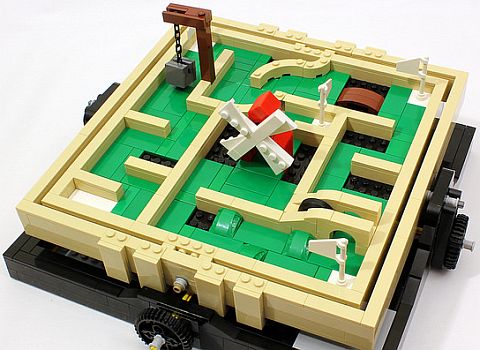 ➡ LEGO IDEAS UNDERWATER MAZE: This maze was also designed by Jason Allemann, and features an underwater scene with a shipwreck, treasure and more. Highly visual mazes like this are a great fun to build and play. You can use pretty much any theme, run a path through the layout for the marble, and include some obstacles. Some ideas would be LEGO Space, LEGO Castle, LEGO Ninjago, LEGO Legends of Chima, and more. 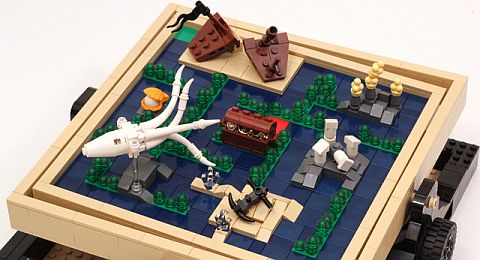 ➡ LEGO IDEAS GOLF MAZE: Looks like making a golf course inspired maze is a pretty popular idea, and this standard golf maze was built by YouTube member Brick Rhodes. Here there are sand-traps to avoid, and you have to go over a bridge to reach the hole. I really like the forested area at the back corner. You can see this maze in action in this video. 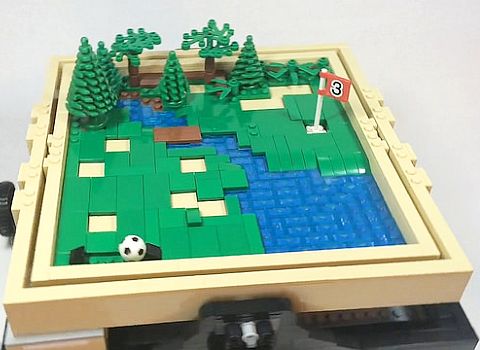 ➡ LEGO IDEAS WINTER MAZE: This is another interesting maze with a winter scene by LeeMcG. Here you run the ball through a snowy and icy landscape. I really like the use of so many arches. It makes the maze very three dimensional and visually interesting. See more pictures here. 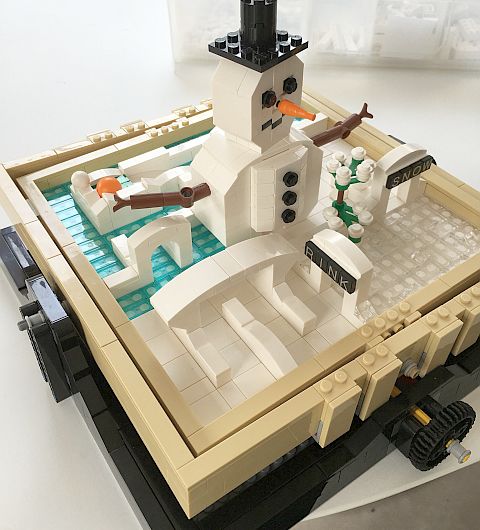 ➡ LEGO IDEAS HIDDEN MAZE: This maze was also built by LeeMcG. Here the route of the maze is actually hidden. There is an outline of the underlying maze on top, with occasional peeping holes, so you can see if you are where you think you should be. I think this is a really interesting idea that could be developed further for more hidden mazes. 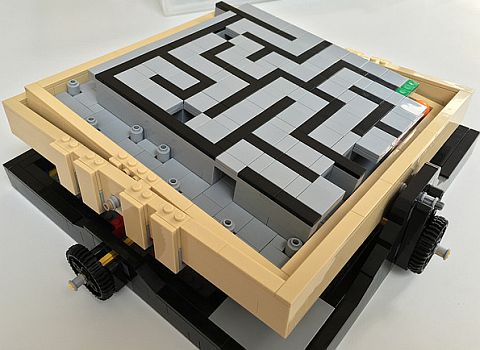 ➡ LEGO IDEAS SOCCER (FOOTBALL) MAZE: Here is another very interesting maze, this one by Zusammengebaut. The maze resembled a soccer (football) field with two teams. You have to run the ball between the players to score a goal. One of the nice features of this maze is that the players can be easily repositioned to change the layout. Also, this is the only maze I have seen so far that specifically encourages two-person play, as each player can choose a side, and defend their own goal by repositioning the players.

If you have the LEGO Ideas Maze set already, I hope these alternate models give you inspiration to build your own. I’m sure as time goes on, more maze ideas will be developed by LEGO fans. And I have also heard plans for LEGO Ideas Maze based contests. So this is a good time to practice your maze building skills. If you don’t have the set already, it is available under the LEGO Ideas section of the Online LEGO Shop.

So what do you think? How do you like these maze designs? Have you built any of your own layouts yet? Do you have any good ideas for some interesting mazes? Feel free to share your thoughts and discuss in the comment section below! 😉