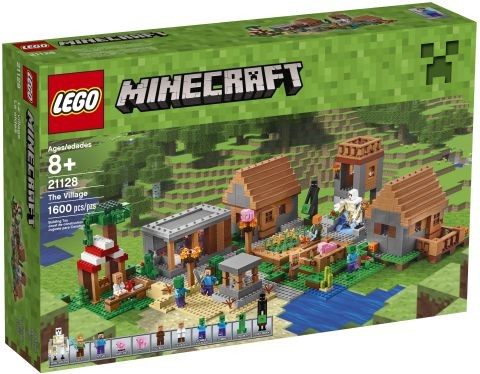 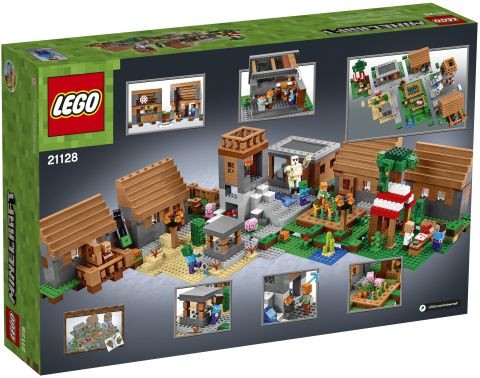 ➡ #21128 LEGO MINECRAFT THE VILLAGE DESCRIPTION: Build and protect The Village! Join forces with Alex at the busy Minecraft village, including a variety of biomes plus a watchtower, library, blacksmith, butcher and marketplace. Enjoy hands-on Minecraft adventures featuring your favorite characters and objects with this LEGO Minecraft set—designed for young fans of the highly successful sandbox video game.

➡ #21128 LEGO MINECRAFT THE VILLAGE DETAILS: Includes 4 minifigures: Steve, Alex, zombie and a zombie villager, plus a Creeper, enderman, pig, baby pig, iron golem and 2 villagers (a farmer and a librarian). The Village features rainforest, snow and desert biomes, and includes a watchtower, library, blacksmith, butcher and a marketplace. Fold out the library and butcher’s buildings and lift the marketplace roof to access the interiors. Grab your iron sword and prepare for battle! Build the iron golem to help protect the village. Accessory elements include a crafting table, water bucket, emerald-ore-style elements, 2 pumpkin heads and a chest with emerald-style elements. Weapons include a sword and a pickaxe. Set your imagination free—rebuild the set for more LEGO Minecraft creations! Measures over 5” (15cm) high, 19” (49cm) wide and 17” (44cm) deep. Ages 8+. 1,600 pieces. 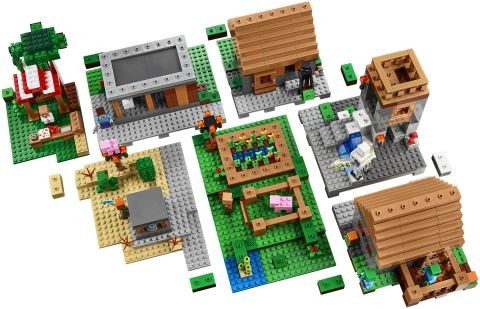 LEGO Minecraft has been doing exceptionally well for LEGO, and thus releasing a large exclusive set does make sense. The village setup looks great, and like with all LEGO Minecraft sets, there is a lot of room for reconfiguring the layout. The color selection is very pleasing, and the minifigures are great. The price is on the high side based on the piece count, but you get a good amount of large plates and other very useful elements. Also the villager minifigs look very interesting. 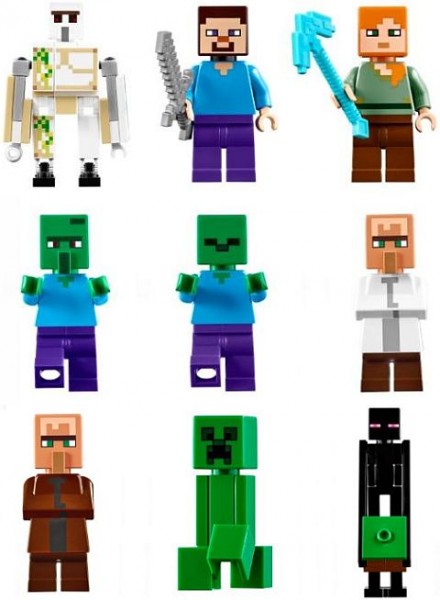 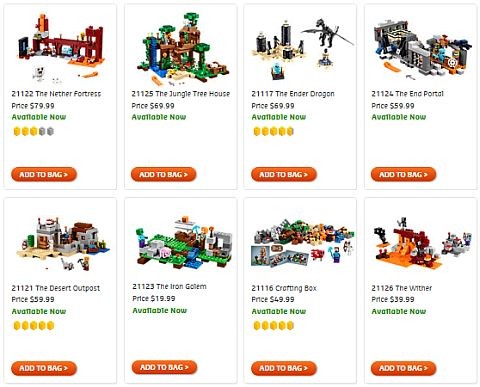 Next post: Last day to get LEGO Classic Mr. Freeze