New windscreen pieces introduced by LEGO are always very exciting, as they open up new opportunities for making vehicles, spaceships, and even buildings. While regular size windscreen pieces have multitude of uses, larger ones are a bit more challenging to incorporate in LEGO creations. Below I will show you some interesting uses of some of the largest windscreen pieces made by LEGO. 🙂 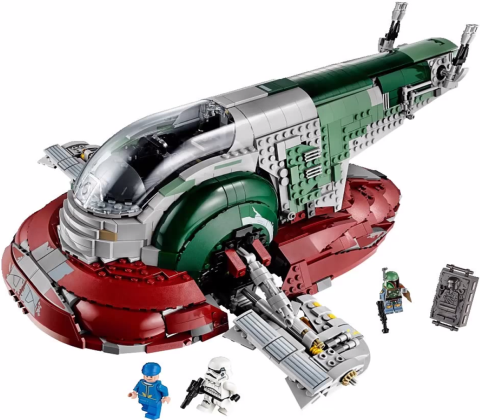 ➡ LARGE WINDSCREEN – NEW LEGO STAR WARS SLAVE I: The #75060 LEGO Star Wars Slave I includes the largest windscreen LEGO ever released. In fact, this windscreen was specially made for the Slave I, and to date only appeared in this one set. The windscreen is 16 x 8 x 6 studs – yeah, that’s big. It is a beautiful translucent-clear piece, with connection points at the two curved ends. Because this windscreen is so large, it is basically only suitable for sizable LEGO creations. However flickr member Jarek, did come up with a vehicle that is not too large and utilizes the windscreen; the futuristic hover-car named AERIS. Check out those smooth lines and beautiful curves! 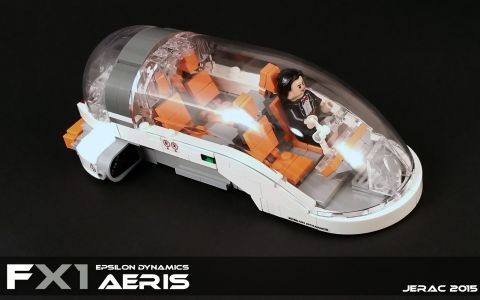 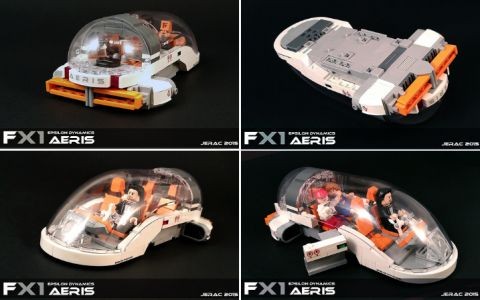 ➡ LARGE WINDSCREEN – OLD LEGO STAR WARS SLAVE I: The second largest windscreen made by LEGO is 12 x 6 x 6 studs, and was made for older versions of the LEGO Star Wars Slave I, but also appeared in other sets in translucent-clear, translucent-black, translucent-red, translucent-light-blue and translucent-dark-blue. A slightly updated version of this piece was used in recent LEGO Ninjago, LEGO Galaxy Squad and The LEGO Movie sets. This windscreen has a more dramatic curve and sharp angles. It has been used both by LEGO and by LEGO fans in various spaceships, vehicles, and buildings – with long side facing up, facing down and even sideways. Below are a few examples about how LEGO used this piece, and also a very nice looking Eco Rover by Jon Blackford. 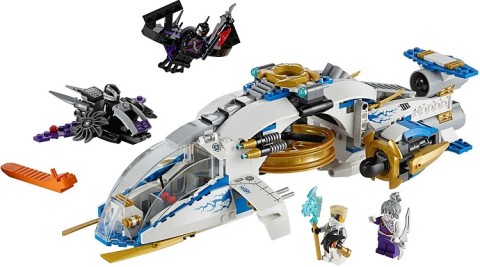 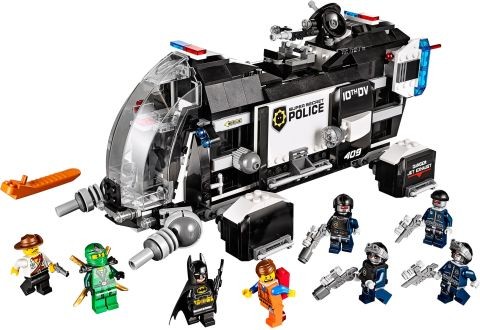 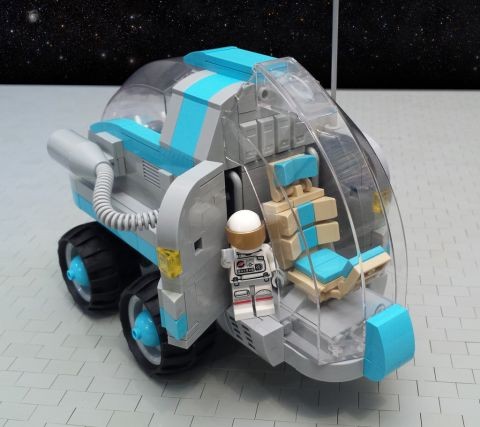 ➡ LARGE WINDSCREEN – LEGO BENNY’S SPACESHIP: This piece appeared in three sets; the #10240 LEGO Star Wars Red Five X-wing Starfighter in translucent-clear, the #70750 LEGO Ninjago Ninja DB X in translucent-black, and the #70816 The LEGO Movie Benny’s Spaceship in translucent-yellow. It is 12 x 6 x 2 studs with large flat surfaces. There was particularly a lot of excitement when the translucent-yellow version was released, as it really helped out LEGO Classic Space fans in their creations. Below is an example of this windscreen being used in a LEGO Neo Classic Space aircraft by flickr member Frost. 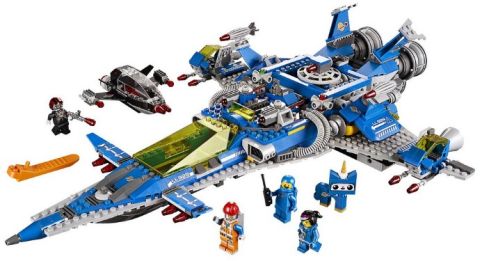 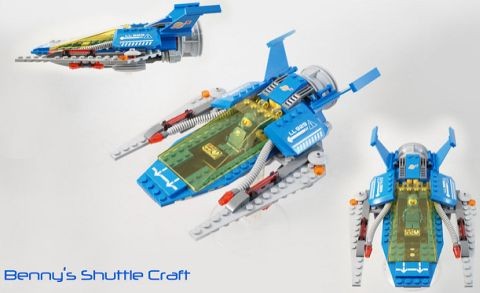 ➡ LARGE WINDSCREEN – LEGO ULTRA AGENTS: Another recently released large windscreen appeared in the #70173 LEGO Ultra Agents Ocean HQ. It is 10 x 6 x 4 studs, and is similar to the older LEGO Star Wars Slave I windscreen with a large curve and sharp angles, but in a slightly smaller size. Interestingly so far it only appeared in translucent-light-blue in this one set (used sideways in the control tower – see picture below). I’m not sure why LEGO decided to develop a new windscreen just for one non-licensed set, which was already limited release. Unless of course they are planning to add it to future sets. 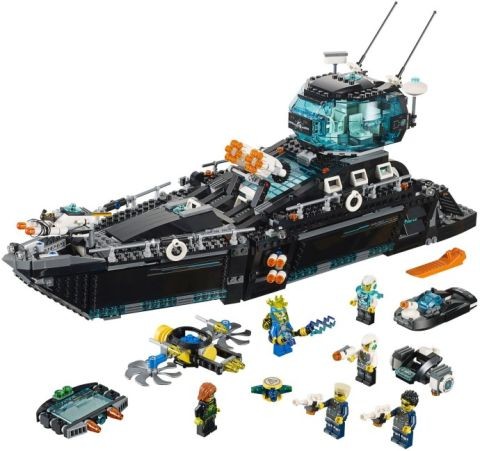 All the other windscreens made by LEGO are smaller, and because they are much easier to use, I won’t be covering them here. However, you can check out all the windscreens LEGO ever made in the BrickLink database. They may inspire you to build something unique, or perhaps you find a windscreen that is perfect for what you have been planning for your next project. And below are some LEGO sets that incorporate large windscreens, currently available at the Online LEGO Shop.

What do you think? Have you used some of the largest LEGO windscreens in some unusual way? Or have you seen other people use them? What other windscreen shapes, colors and sizes would you like LEGO to make? Feel free to share in the comment section below! 😉

Previous post: Rogue One: A Star Wars Story in LEGO