One of my favorite LEGO builders is Luigi Priori with his wonderful LEGO Classic Space creations. He has been recently building a series of LEGO models and vignettes based on Benny’s adventures. Benny is accompanied by his sidekick, Mr. Robot, who is pretty much identical to Keko, the federation mechanoid from LEGO Space – Building the Future by Peter Reid and Tim Goddard (my favorite LEGO book – see link to review at the end of this post). Below are some of Luigi’s creations from this series. 🙂 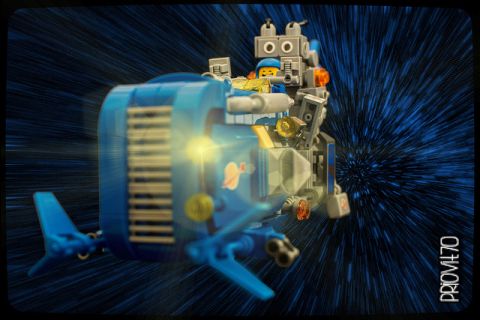 Benny’s main form of transportation is a LEGO Classic Space version of the #75099 LEGO Star Wars Rey’s Speeder. The speeder looks really good in traditional LEGO Classic Space colors! In fact, this Star Wars speeder is so popular, that a lot of LEGO fans built different versions of it. There are a number of pictures in the series with Benny on his speeder bike, but my favorite is the one below where Benny ends up right in the middle of snowspeeders on the planet Hoth. 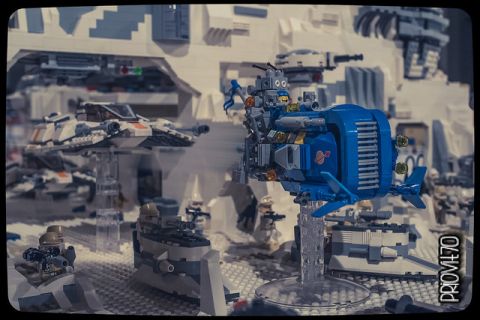 In this other high-speed scene Benny easily outruns Rosco’s car in this The Dukes of Hazzard TV series inspired scene. 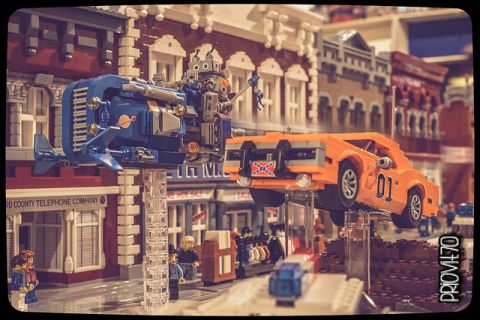 Benny obviously likes speed, whether that be in space or in sliding on a snowy hill. Mr. Robot looks a bit scared and out of his element. 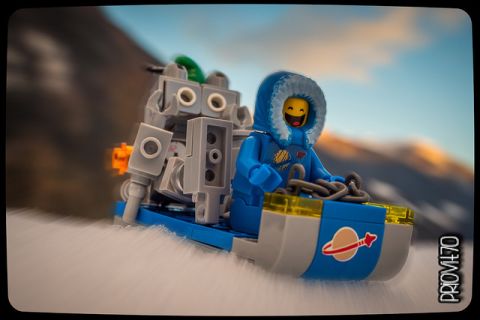 Benny and Mr. Robot also has some quieter moments. Here they are painting Easter eggs, and reading together with the Electronic Eye, which – according to Luigi – is a super computer that controls everything on Benny’s space station. 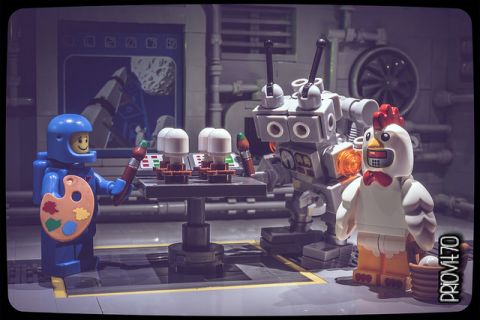 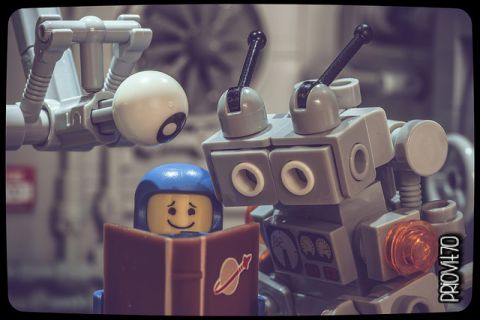 Luigi also created some other LEGO Classic Space inspired vehicles in the series. Like for example the space truck below, called the NCS Reckless. It is a class-B space truck, based on the truck in the #5972 LEGO Space Police III Container Heist set. 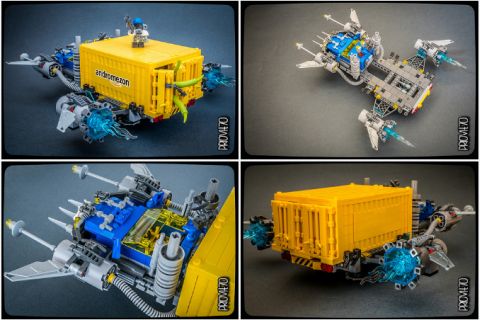 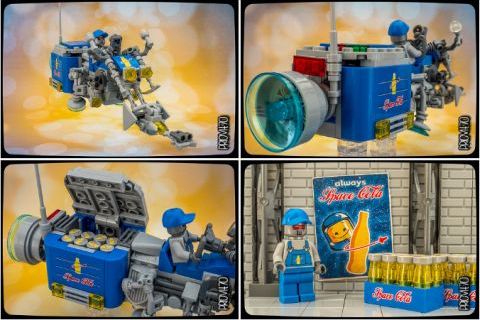 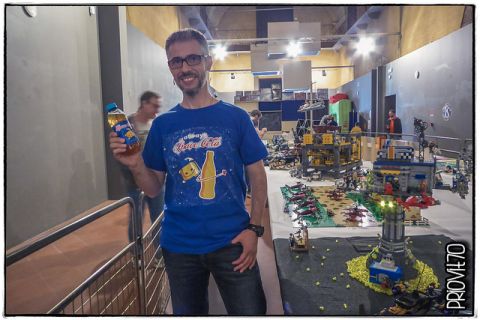 Fun LEGO Classic Space creations, aren’t they? And there are a lot more. I only highlighted some to give you a taste of Luigi’s work. You can find others in his flickr gallery. What do you think? How did you like these LEGO creations? What other space adventures would you like to see in LEGO Classic Space style? Feel free to share in the comment section below! 😉

Next post: Rogue One: A Star Wars Story – LEGO trailer