As part of the announcement of the new flagship LEGO store in London opening this year, LEGO also revealed the next LEGO Creator Expert set, the #10253 LEGO Creator Big Ben. Below you can find the description, pictures, designer-video and other details. 🙂 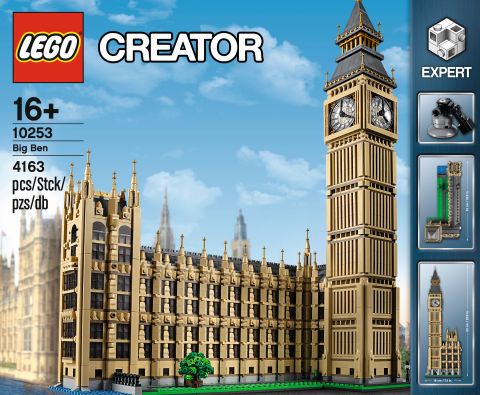 Here is the official description of the LEGO Creator Big Ben: Build the world’s best-known clock tower! Get up close to Big Ben! The clock was first started on May 31st 1859, and Big Ben’s first chime rang from the 96-meter Elizabeth Tower on July 11th of the same year. This over 23” (60cm) high LEGO interpretation of the iconic structure is a tribute to its engineering and architecture. It features a detailed facade with statues, shields and windows, and a clock tower with 4 adjustable clock dials and a removable roof allowing access to the belfry, plus buildable exterior elements including a sidewalk, lawn and a tree depicting the building’s location. This model makes a great display piece for the home or office. 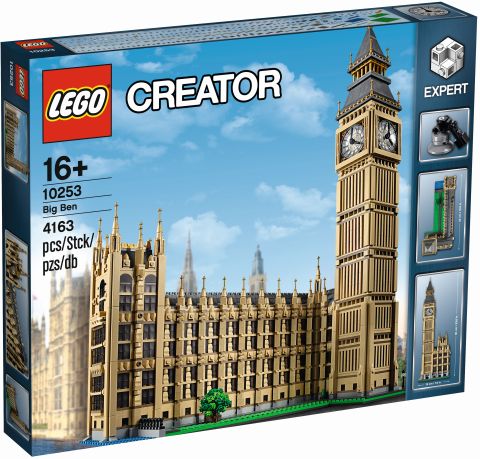 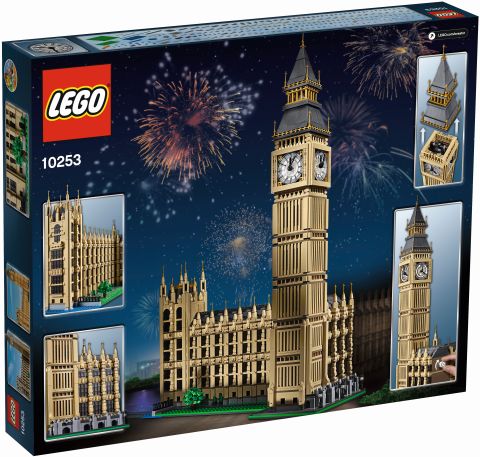 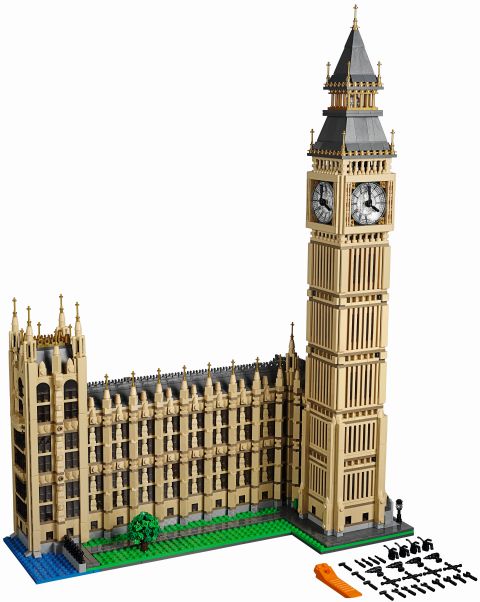 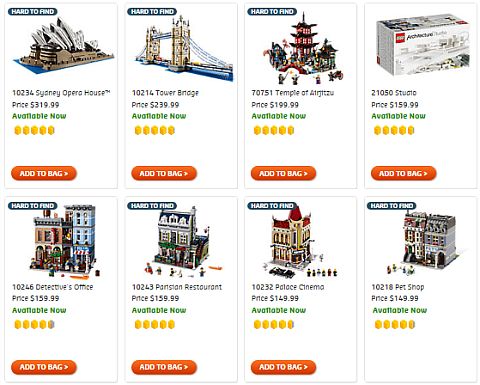 As you can see, this set is massive! Also, the price is really good with only 6 cents a piece, which is similar to the #10214 LEGO Creator Tower Bridge released in 2010. In fact these two sets are a perfect match for those who like to display iconic British landmarks, and both of them are also great sources of tan LEGO elements. Please note that the #10214 LEGO Creator Tower Bridge has been around for 6 years, and will likely get retired in the near future, especially now that Big Ben is out. So if you are planning to get both, you may want to purchase the Tower Bridge first. 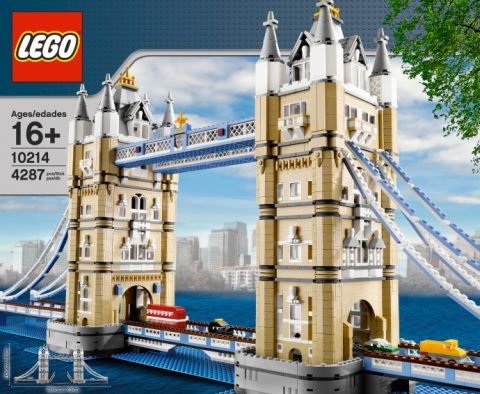