A few days ago LEGO announced that the first 2016 LEGO Ideas Review qualifying period had ended, with nine candidates that gathered 10,000 supporters between the months of January and May. The nine projects are as follows: the Fossil Museum by whatpumpkin, the Gingerbread House by Swan Dutchman, the Star Wars Jedi High Council Chamber by lojaco, the Jurassic Park Visitor Center by LDiEgo, the Modular Train Station by LegoWolf, the Old Fishing Store by robenanne, the Particle Accelerator by JKBrickworks, the Star Wars Rolling BB-8 by mjsmiley and artbot138, and Johnny Five by PepaQuin. 🙂 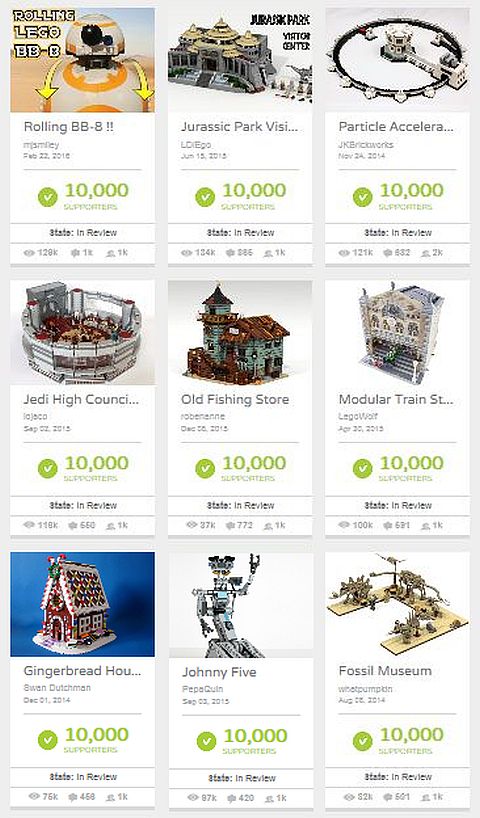 It seems to me that from the lineup the Fossil Museum, the Gingerbread House and the Johnny Five model have the most chance of becoming an official LEGO sets. Although the Fossil Museum may be too close in design and subject to the #21110 LEGO Ideas Research Institute from 2014, and the Gingerbread House may be in competition with the regularly scheduled holiday sets. The Johnny Five model is also a good possibility, and while the character is from the 1980’s, the fact that it achieved 10,000 votes indicate that there is some interest. I think LEGO will decide based on their experience with the #21303 LEGO Ideas WALL-E. 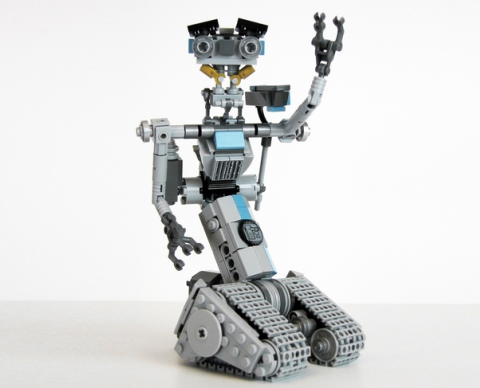 The other models in this review period are so big and part intensive (thus expensive), that I doubt LEGO will choose them. Although I have to say I really like the Old Fishing Store, and even if LEGO doesn’t choose it as an official LEGO set, a simpler version of it could be released in the LEGO Creator or LEGO City line. 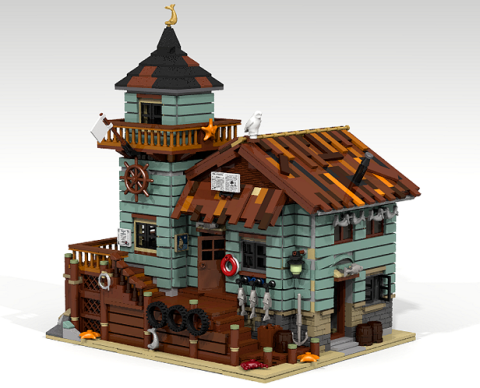 Anyhow, it will be interesting to see which of these project or projects LEGO chooses, or perhaps they will pass on all of them. Also, remember that the third 2015 LEGO Ideas Review results should be coming up soon! It includes: the Jurassic Park Explorer by senteosan, the 20.000 Leagues under the Sea NAUTILUS by OrionPax, the Toyota Landcruiser 40 Series by Matthew Inman, the Beatles Yellow Submarine by kevinszeto, the HMS Beagle by LuisPG, the Apollo 11 Saturn-V by saabfan, the Concorde Display Set by ABStract, the National Park Service Centennial Vignettes by LegoRanger16, and the Victorian London Christmas by jeffach1. 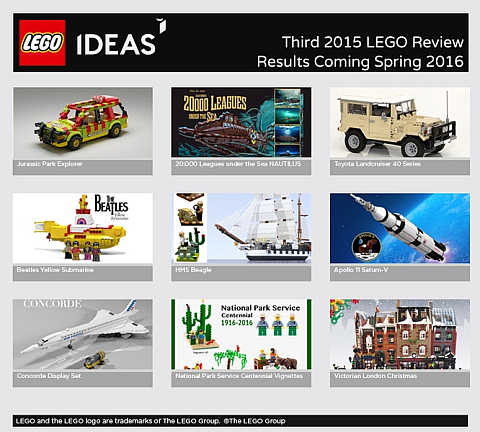 So what do you think? How do you like these LEGO Ideas projects? Which ones do you think have the best chance of becoming official LEGO sets? And which ones would you like to see made into an official set? Feel free to share your thoughts in the comment section below! Also, if you haven’t done so already, you can see all the currently available fan submitted official LEGO sets under the LEGO Ideas section of the Online LEGO Shop. The #21305 LEGO Ideas Maze, the #21304 LEGO Ideas Doctor Who set, the #21108 LEGO Ideas Ghostbusters Ecto-1, and the #21303 LEGO Ideas WALL-E are particularly excellent.