There is an interesting contest for LEGO fans run by a company based in the UK called Radleys. They make scientific glassware and laboratory instruments for industrial and academic research facilities around the world. The contest is about building a LEGO lab, it is for three age levels, open to contestants from all countries, and the grand prize is a £150 LEGO voucher. Details below. 🙂 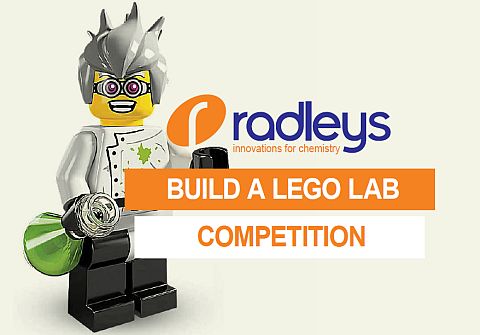 ➡ BUILD A LEGO LAB CONTEST – OVERVIEW: Build stuff, win LEGO! It’s back! After a successful launch in 2015, it’s the return of the Radleys LEGO Competition! Build a science laboratory, with mad scientists, mad experiments, and crazy equipment! The most creative idea will win a £150 Lego voucher. So, whether you’re looking for something to do over the summer holidays, or you simply need an excuse to flex your flair for LEGO, it’s time get your bricks out and get building! 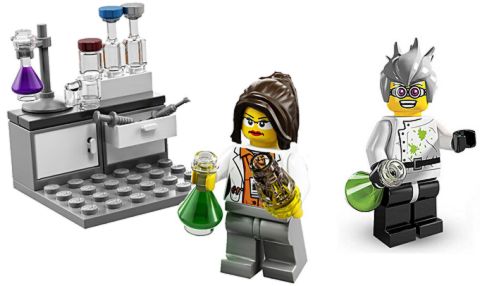 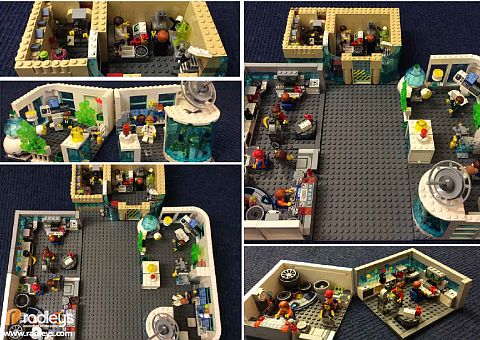 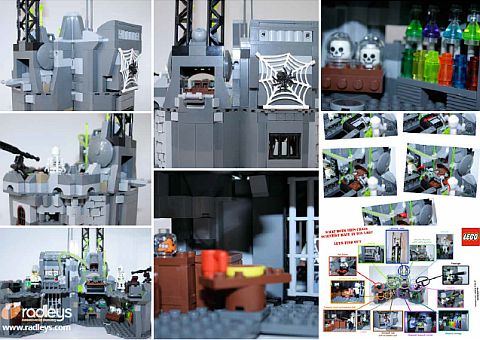 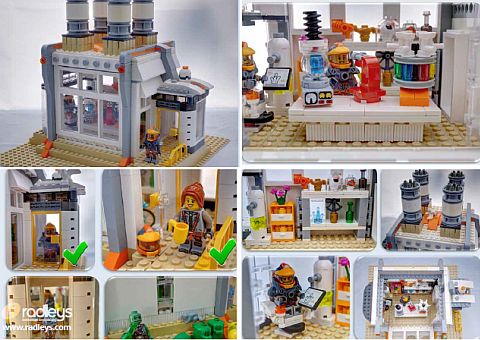 ➡ BUILD A LEGO LAB CONTEST – DETAILS: Your creation can be as big or as small as you like, but it must be built entirely out of LEGO. How you interpret this challenge is up to you, but if you really want to impress the judges, you might consider building a real laboratory filled with real scientists (I copied this tip from their website, so it’s worth paying attention, if you want an edge in the contest). Once you’ve built your laboratory, send in your photos from as many angles as possible, or better yet, record a video. Also include a description about the sort of experiments your mad scientists are conducting. The judges favorite entries will be shared in an online photo gallery, and the craziest laboratory from each category will win £150 of LEGO!

➡ BUILD A LEGO LAB CONTEST – HOW TO ENTER: Send an email to competition@radleys.co.uk, with the subject line “Radleys LEGO Competition”. In your email include the following information: 1.) your name, 2.) your age, 3.) your entry level, 4.) a description of your model and 5.) between 3-10 photos of your project, and if possible, a video.

➡ BUILD A LEGO LAB CONTEST – TIMELINE: The contest closes on the 1st of September 2016, and the winner from each category will be announced on the 9th of September 2016. Radleys is not responsible for lost, late, illegible, or incomplete entries, or those not received for any reason. Winners will be notified by email. If the promoter is not able to get in contact with the winner by December 31st 2016, the prize will be forfeited and an alternative winner will be drawn. It is the winner’s responsibility to notify the promoter of any change in contact information.

➡ BUILD A LEGO LAB CONTEST – PRIZE: Entries will be judged on creativity and originality, with one winner chosen from each level. Incomplete and/or inaccurate entries, and entries not complying with all rules, are subject for disqualification. Decisions of judges are final and binding. Winners from each level who live in a country with a LEGO brand store will receive a £150 eVoucher redeemable on lego.com/[their country]. If the winner lives in a country that does not have a brand store, they will be able to select a prize of their choice from lego.com, equivalent to the value of the voucher in their own currency, which Radleys will ship to them. (Countries with a LEGO brand store: UK, Canada, Austria, Belgium, Denmark, France, Germany, and the USA). The prize does not have a cash value, is non-negotiable, non-transferrable, and non-refundable.

So what do you think? How do you like this LEGO contest? Are you planning to enter? Do you have any ideas already on what you are going to build? Feel free to share in the comment section below! 😉

Previous post: Back to school with LEGO desk supplies!