One of the most exciting sets this year is #71040 LEGO Disney Castle that will be available this fall. We have already discussed the set in detail (see: LEGO Disney Castle Details & Pictures!), but at that time the designer-video was not yet released. When the video did become available I have considered just adding it to the previous post, however since it includes some really interesting details, I thought it was worth discussing it separately. 🙂 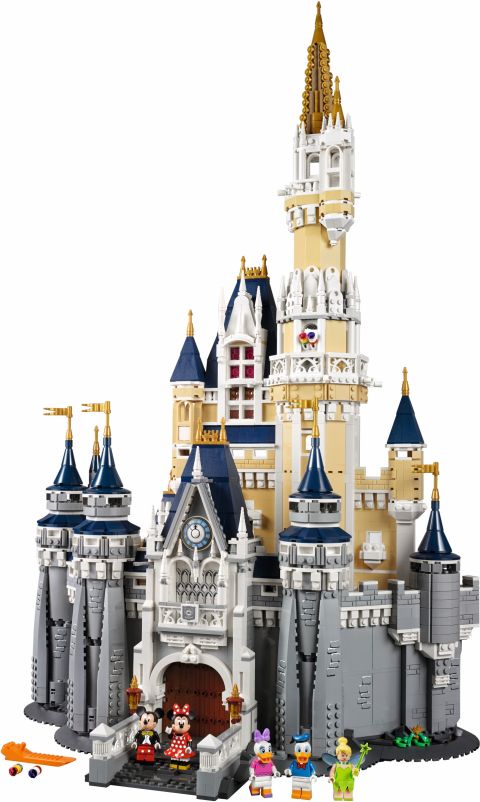 In the designer-video (watch below), after senior designer Marcus Bessa’s introduction with Mickey, the first thing you will notice about the LEGO Disney Castle is how huge it is. Yes, we got the dimensions previously – over 29” (74cm) high, 17” (44cm) wide and 12” (31cm) deep – but it makes a big difference to see it next to a person to really comprehend the actual size. Just look how the almost two-and-a-half feet tall castle towers over Marcus! And it is also substantially wide and deep. 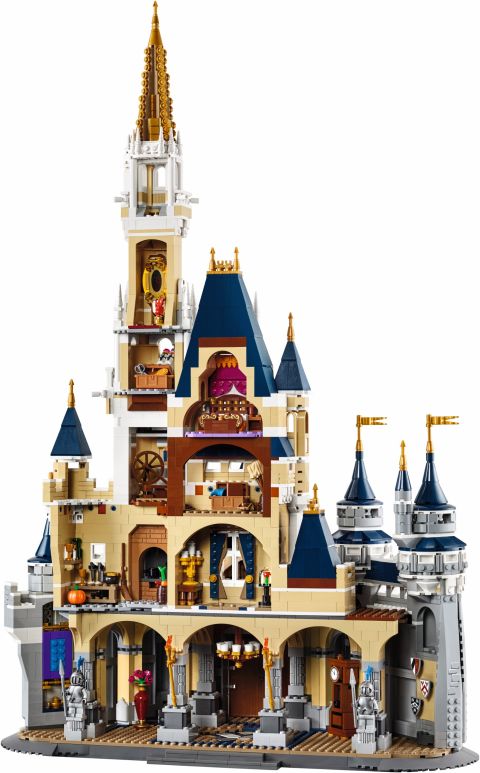 The video also goes into greater detail about the design process. Marcus talks about the challenges he faced in coming up with the shaping of the round towers at the bottom of the castle, as well as the tip of the tallest tower. He even shows some of his initial concepts. Then graphic designer Austin Carlson talks about the new printed elements, and how new minifigures are created from the original clay mouldings all the way to the finished characters.

And of course Marcus shows off the inside of the set as well, pointing out some of the references to classic Disney movies. There are a lot more to discover about this set, but I really appreciated how this time LEGO designers went a bit deeper into explaining their work. It could be very interesting to those who aspire to become LEGO designers themselves, or even for regular LEGO fans who appreciate getting a glimpse into the process. You can watch the whole designer-video below:

As I mentioned above, the #71040 LEGO Disney Castle will be available for sale directly through LEGO beginning September 1st, with early access to LEGO VIP members starting on August 17th. You can find the set with detailed pictures and description under the LEGO Disney Princess section of the Online LEGO Shop. 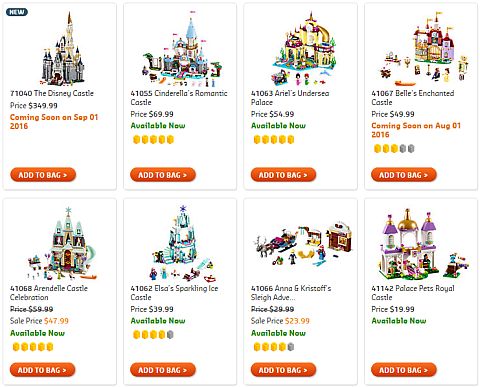