A couple of years ago I became aware of a product called Light Stax. They are LEGO DUPLO size bricks that light up. While we have discussed other LEGO compatible light-bricks (see links at the end of this post), the uniqueness of Light Stax is that they have a small metal connector in each stud, allowing the studs to carry the electric current from brick to brick. In other words, only one brick needs to be attached to the powered base, the rest of the bricks light up simply by attaching them to each other by at least one stud. There is no need to have wires running from one brick to another. 🙂 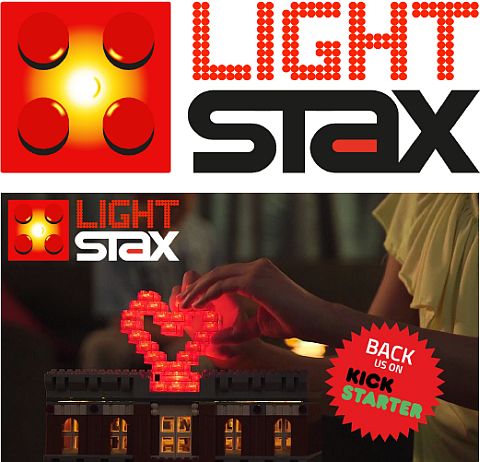 Light Stax originally came in 2×2 stud LEGO DUPLO brick size only, and because they are the same size as DUPLO, you could easily mix them with regular DUPLO elements. As long as at least one stud of the Light Stax bricks are connected between regular DUPLO bricks, they will continue lighting up. Light Stax bricks come in red, orange, yellow, green, blue and white, and are LEGO compatible both as far as color and quality. They are fun to play with, work great as a night-light or mood-light, and can also be used to teach kids the basics about how electricity works. 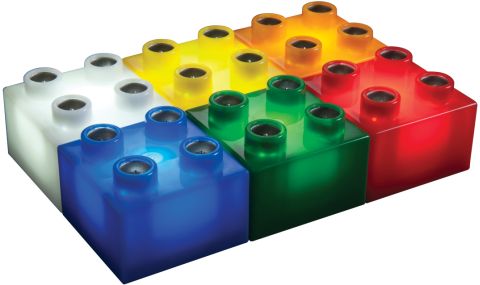 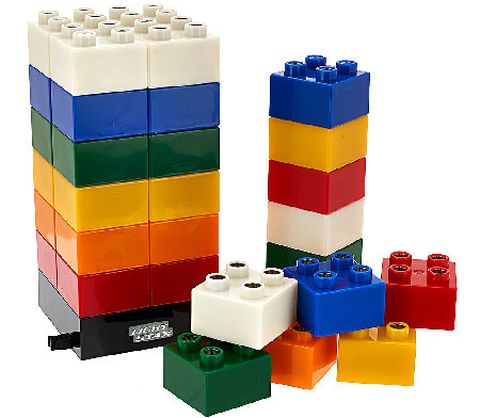 I have two Light Stax kits; one is a basic kit with a Smart Base and 12 bricks, and the other is a larger kit with a Smart Base and 36 bricks. I was going to write a review about them, but at that time the product was very new and they did not yet have a US distributor. I didn’t want to write a review about a great product like this, only to disappoint our readers by telling them that the product was pretty much impossible to get.

Since then Light Stax won a number of awards with their original DUPLO size product, and while it is still hard to find it the US, they are available through Amazon, in several different size packs. If you would like to have an interesting night-light that you can rebuild whenever you like, this is a great option. A number of adults mentioned to me that they would love to have Light Stax in their office to doodle with while at work, and of course kids like them too. So they make great gifts for LEGO fans who want something unique. You can find them on Amazon here: LIGHT STAX ON AMAZON

Creators of Light Stax continued to work on their product line, and they recently started a Kickstarter campaign to introduce regular size light-bricks, using the same technology as with the larger bricks. So you will be able to use these smaller light-bricks in your regular LEGO creations. They are also expanding the options by adding connecting cables to spread the light between different parts of your model. The smaller Light Stax bricks will come in both solid and transparent colors, and there are also plans to introduce various sound and sensor bricks within the same system.

Light Stax has been received with great enthusiasm from the LEGO fan community, and it is very close to achieving its funding goal (they were also recently featured on Brickset). Those who support the project with their pledge receive various reward packs, including the new light-bricks, cables, street-lights (my favorite), and power packs – depending on the size of their contribution. You can read all about the fundraising effort and details of the project here: LIGHT STAX KICKSTARTER CAMPAIGN 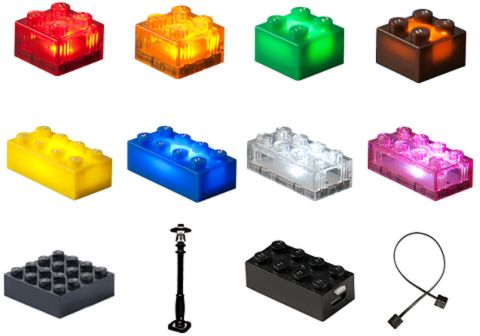 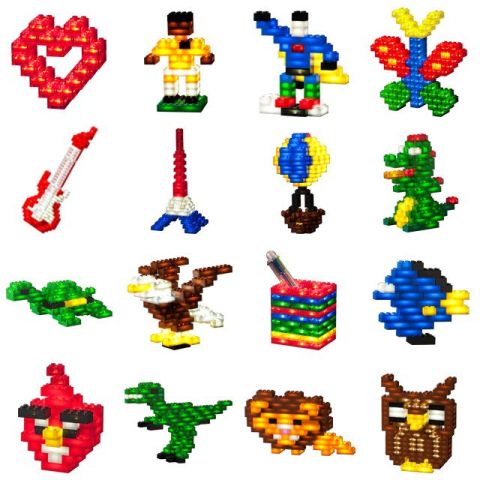 I’m really happy to see this project doing so well. When I got the first Light Stax bricks, I wasn’t even sure if the product would ever be widely available, even thought I really liked it. It’s great to see that the Light Stax team achieved so much recognition and support, and are now ready to launch a product that I believe is going to be even more popular. While there are other options to light up your LEGO creations we talked about before, eliminating or minimizing wires is always a great plus. 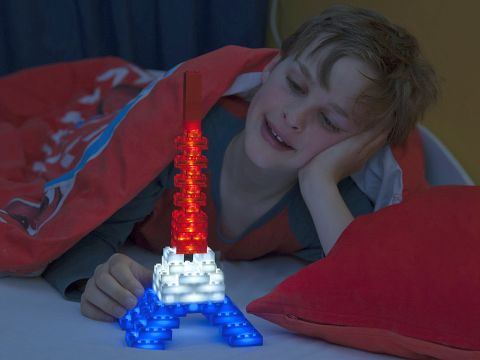 So what do you think? How do you like the Light Stax light-bricks? Would you like to add them to your LEGO creations? Are you planning to support their campaign? What other lighting options do you use for your LEGO models? Feel free to share in the comment section below! 😉

Next post: LEGO Star Wars The Force Awakens now out!