Just a reminder that the LEGO Star Wars: The Force Awakens video-game is now available. The game was announced back in February and got a lot of enthusiastic feedback. You can watch the first trailer and read the press-release with all the details here: LEGO Star Wars: The Force Awakens Game. Below I have included a couple of new trailers revealing more features of the game, and some additional information. 🙂 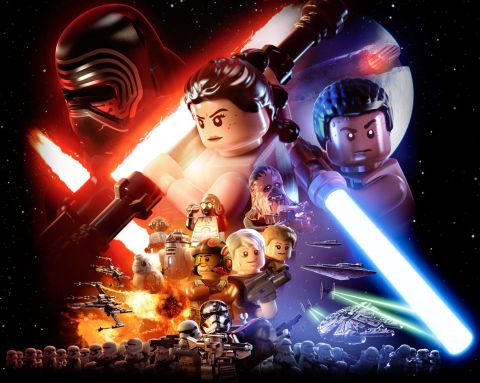 ➡ Relive the Blockbuster Action – Blast off into a new and improved LEGO Star Wars experience that takes fans deeper into the new film than any other game, retold through the clever and witty LEGO lens.

➡ Variety of Characters, Vehicles & Locations – Play as all of the heroic characters from the movie, including Rey, Finn, Poe Dameron, Han Solo, Chewbacca, C-3PO, and BB-8, as well as Kylo Ren, General Hux and Captain Phasma, while exploring iconic Star Wars locales, such as Jakku and Starkiller Base, and utilizing a multitude of vehicles along the way.

➡ Build… and Rebuild – Through the enhanced “Multi-Builds” system, players must choose from multiple building options – to puzzle solve, or just for fun – all advancing the game in different ways.

➡ Experience the Galaxy Like Never Before – Experience the thrill of high-speed, action-packed flight gameplay like never before, including arena-based battles and dogfights in space.

➡ More “I” in A.I. – Enemy fighters can now build using LEGO bricks to support their fellow Stormtroopers, calling in air support, reinforcements or heavy artillery – taking the fight to the Resistance with the power of LEGO! 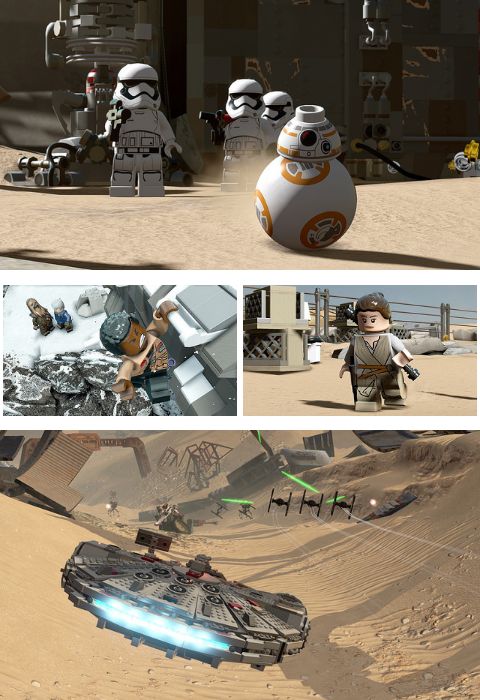 Exciting, isn’t it? The game is now available on all major platforms: New Nintendo 3DS, Wii U, PC, PS3, PS4, Xbox 360 and Xbox One. There is also a Deluxe Edition of the game for Playstation 4 and Xbox One, which allows you to gain access to the main game, Season Pass content with extra Level and Character Packs, and an exclusive Finn (FN-2187) minifigure. 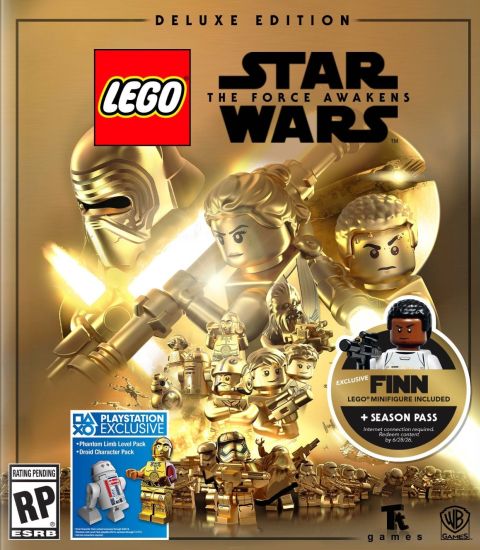 All versions of the LEGO Star Wars: The Force Awakens video-game are now available on Amazon, and if you are an Amazon Prime member you will also get 20% off. Here is the link to the main page where you can select the version you would like to get: LEGO STAR WARS: THE FORCE AWAKENS ON AMAZON

So what do you think? How did you like the LEGO Star Wars: The Force Awakens video-game? Do you have it already? Or planning to get it? Feel free to share your own review in the comment section below. Looking forward to hear your thoughts on it! 😉