Tiny LEGO sets for your minifigures!

LEGO has been releasing a number of sets with miniature versions of LEGO boxes, so your minifigs can have their own LEGO sets to play with. The designs come on 1×2 and 2×4 tiles, and they are either printed or stickered. You can attach these decorated tiles to a plate or brick to make a tiny LEGO box. I have been collecting these little boxes, as they are perfect for a small toy-store for your minifigs, or under the Christmas tree in the LEGO Winter Village scene (photo below by Reddit user DerpusDraconis). Today I will show you all the different variations and where to get them, in case you would like to get some for your minifigs. 🙂 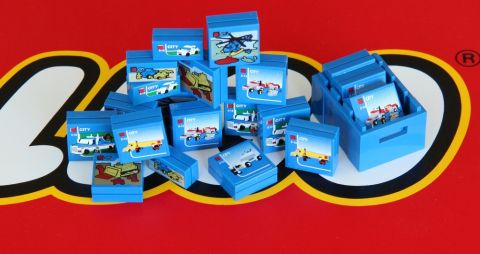 ➡ #3221 LEGO CITY LEGO TRUCK WITH LEGO BOXES: This is the most obvious set for minifig-size LEGO boxes, because it includes a LEGO truck delivering LEGO sets. It was released in 2010, and no longer available directly from LEGO, but you can still find it on the secondary market. It includes a sticker-sheet with nine 2×2 LEGO box stickers, featuring three different designs. The really fun part is that these are actually tiny pictures of real LEGO City sets, including the truck itself! If you like the truck, you can buy the whole set, or you can just get the already stickered tiles, or the entire sticker-sheet. If you would like to get them, here are the links to the listings on BrickLink: 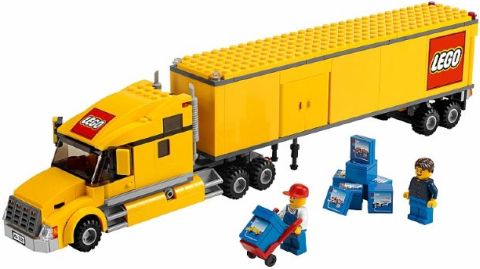 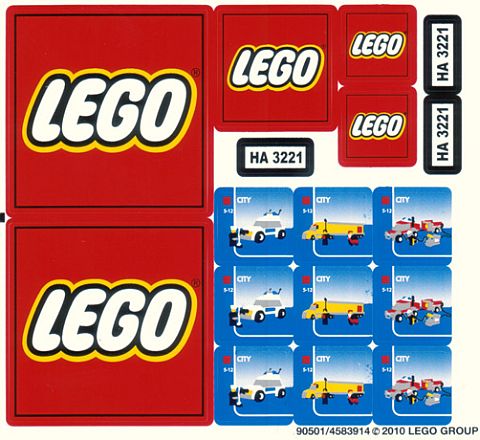 ➡ #7848 LEGO CITY TOYS’R’US TRUCK WITH LEGO BOXES: This is a variation of the truck above with a Toys’R’Us branding also released in 2010 as a Toys’R’Us exclusive. It contains a sticker-sheet with three LEGO box stickers, featuring two different designs. Two of the stickers go on 2×2 tiles and is similar to one of the stickers in the LEGO truck set, and the last one is a 1×2 sticker with a motorcycle (also a mini version of a real set). Here again, you can either buy the whole set, or just get the already stickered tiles, or the entire sticker-sheet. The LEGO truck is definitely a better deal because you get more LEGO box stickers, but the variations here are interesting. If you would like to get them, here are the links to the listings on BrickLink: 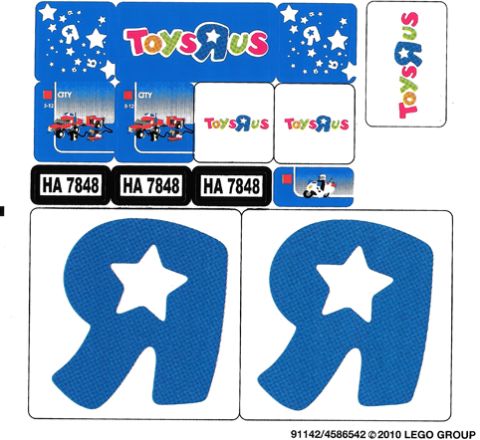 ➡ #60050 LEGO CITY TRAIN STATION WITH LEGO BOXES: This set was released in 2014 and it includes a train station which also features a small LEGO store. The sticker-sheet features five LEGO box stickers with two different designs. Three of the stickers go on a 2×2 tile, and two on a 1×2 tile. Please note that this sticker-sheet has two different versions; one with a transparent background and one with a solid-color background, as you can see in the picture below. If you would like to get them, here are the links to the listings on BrickLink: 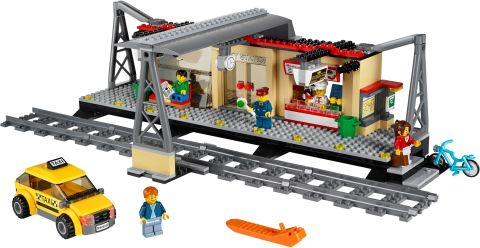 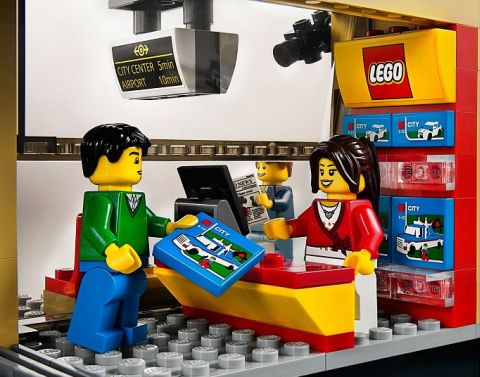 ➡ #60097 LEGO CITY SQUARE WITH LEGO BOXES: This is my favorite set because it includes both a LEGO truck and a LEGO store, and the LEGO boxes are printed, not stickered. You get eight 2×2 tiles with two different patterns, and three 1×2 tiles. These are also miniature versions of real LEGO sets. If you are looking for miniature LEGO boxes, this set is the best resource. If you would like to get them, here are the links to the listings on BrickLink. The set itself is still available directly from LEGO: 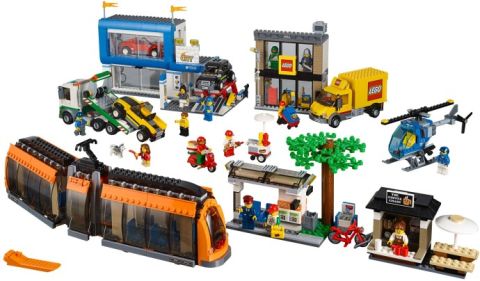 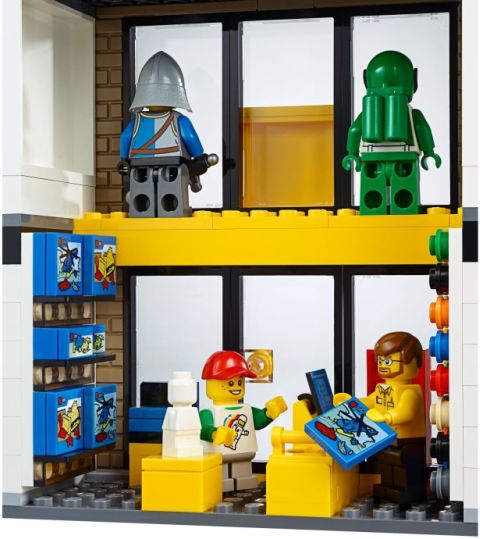 As you can see, there are plenty of options to get tiny LEGO sets for your minifigures. I particularly like the LEGO City Square sets because you get three different box designs, and they are all printed. My second favorite is the LEGO City LEGO Truck, because you get you get a lot of box stickers on one sticker-sheet. But if you want to give lots of options for your minifigs, why not collect them all? I hope LEGO will continue releasing more in future LEGO City sets, or even other themes. 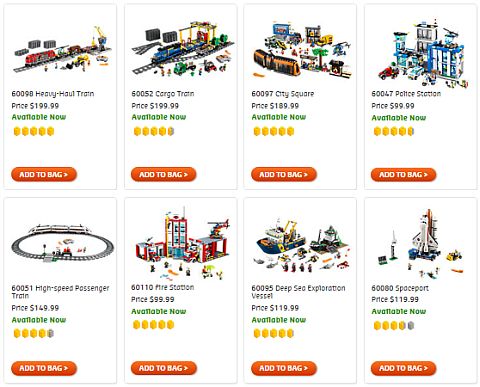 What do you think? How do you like these miniature LEGO sets? Do you have some already? Have you been collecting them? Feel free to share your thoughts and own review in the comment section below! 😉