The latest issue of Bricks magazine is now available, and the focus is on LEGO Technic. Bricks and Bricks Culture are very high quality LEGO magazines published by LEGO fans in the UK. Bricks is a monthly magazine with reviews, tutorials and other interesting topics, while Bricks Culture comes out four times a year and focuses on interviewing adult LEGO fans and LEGO designers. Below is the press-release for Bricks Issue 15. 🙂 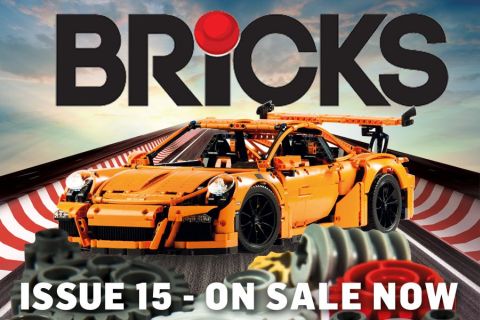 The Age of Technic is here! A discipline that often plays second fiddle, considered by most a ‘love it or hate it’ theme, yet lets not underestimate the key role it has played in the development of LEGO models and their functionality. Technic is in almost every official set we see, from Nexo Knights and Ninjago to Star Wars and Super Heroes. Technic is not purely a range on its own; it’s the go-to-guy that provides engineering solutions, structurally sound frameworks and increasingly complex playable functions. Without the Technic system, most moving elements would not be possible. 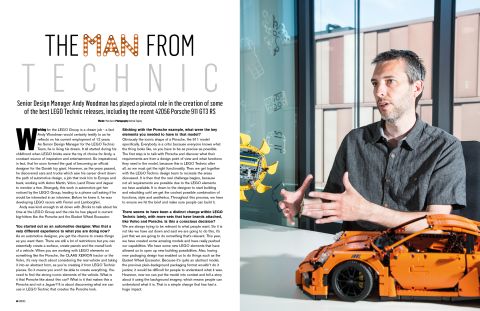 This year the theme has firmly stood up to be counted with an onslaught of huge scale sets that have taken LEGO engineering to the next level; a voice that we could not ignore and so this month, we hail the wonderful world of Technic and its applications. 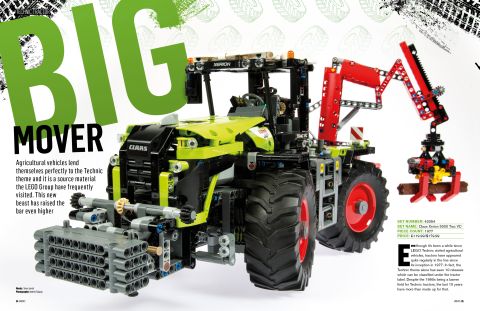 A great example of boundary-pushing design came in June with the release of #42056 LEGO Technic Porsche 911 GT3 RS: a set like no other, hand-packaged in a black satin box adorned with luxurious artwork and a 500-plus page instructions booklet that’s more like a car manual. Racing past the Porsche, our Technic expert Ryan Welles moves his keen eye onto another licensed set, the new #42053 LEGO Technic Volvo EW160E. Steven Jarratt gets all agricultural with #42054 LEGO Technic Claas Xerion 5000 Tractor before Ryan reappears to examine the role of Technic within System sets, and James Pegrum takes a different approach by showing you techniques for using Technic parts for their decorative rather than their functional qualities. 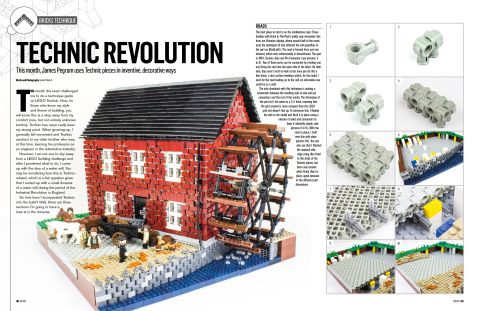 This issue, we also take a look at one of the new aftermarket LEGO-compatible controllers, BuWizz, before Tim Johnson takes a visit to Verona to see how shows are done ‘Italian-style’, while Li Li introduces us to the world of making LEGO circles in part two of his MOC Recipes series. This month also see the start of our new LEGO User Group section, where we showcase models of the month from Swebrick and Communicade 0937. 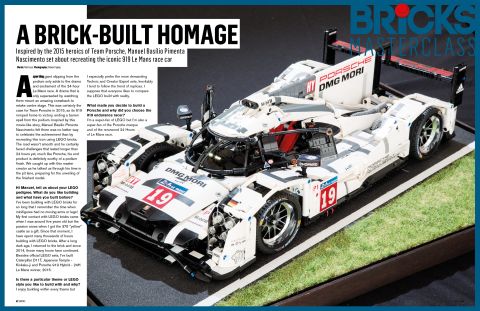 As ever, there are also reviews, masterclass builds, Bright Bricks and much more. Enjoy the issue and keep building. With 124 pages packed full of inspirational models and exclusive features Bricks is the premier LEGO fan magazine. With a price of just £4.99, why accept anything less? Order your copy today. 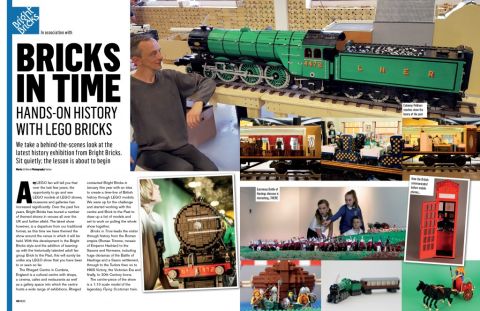 Both Bricks and Bricks Culture are available at bookstores in the UK. If you are from outside the UK, you can still order the magazine, but there will be a £4.25 shipping cost involved. However with the pound being down so deeply, total cost for the magazine – even with shipping – is not that bad (about $12). And there is also a subscription service for a full year’s worth of magazines. If you don’t want to bother with shipping, you might consider the digital edition instead. You can find all issues and options here. 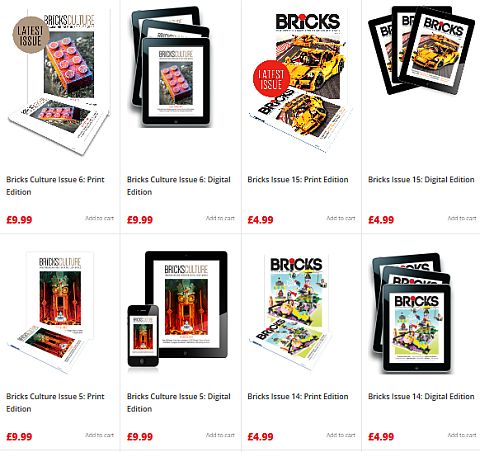 If you are already a subscriber to Bricks, Bricks Culture or both, feel free to share your review in the comment section below. It could be helpful to other LEGO fans who are considering getting it. Or if you have any questions about the magazine you can add those below as well. 😉

Next post: Baseplates for LEGO in a rainbow of colors