Just about a year ago, I shared with you a really excellent LEGO stop-motion video, where Kai takes on the American Ninja Warrior Obstacle Course (see: LEGO Ninjago at American Ninja Warrior). The video was created by young LEGO fan and animator, Sam Lawlace (Lawlace Productions), who since then made a number of other commissioned stop-motion videos for the LEGO Group. 🙂

Today I wanted to show you two more LEGO stop-motion films in the American Ninja Warrior series made by Sam. The video below was published on LEGO’s YouTube channel a little over a month ago (or one year since the first video). It continues to focus on the American Ninja Warrior obstacle course, and this time contestants face what’s called The Big Wheel. While the previous film mainly focused on Kai, here we see Jay tackling The Big Wheel, along with Wolfpack member Meagan Martin, shirtless Kevin Bull, and the “Cowboy Ninja” Lance Pekus. Will Master Wu’s teachings be enough to overcome The Big Wheel? Watch to find out!

The third LEGO stop-motion film in the series looks at what kind of training does it take to become an American Ninja Warrior. Modeled after the show’s popular look into contestants’ training routines, Kristine Leahy, in minifigure form, takes us into a brick-built home gym where popular LEGO Ninjago characters and minifigure versions of American Ninja Warrior favorites (Ian Dory, Geoff Britten, Kevin Bull, Brian Arnold, Meagan Martin and Isaac Caldiero) are preparing for their chance to be named the American Ninja Warrior champion. The video was released in July of this year, also on LEGO’s YouTube channel. You can watch it below.

As you can see, Sam is a very accomplished LEGO animator. Even Kevin from the BrotherhoodWorkshop mentioned how professional these videos look, and nothing is a better compliment than from someone who is in the same field. (Kevin also does commissioned work for LEGO, and we regularly feature his videos here.) LEGO usually doesn’t share who makes their stop-motion videos, so it is sometimes hard to track down the original creator. However many of them are done by LEGO fans in response to LEGO’s requests via Tongal. In case you are not familiar with it, Tongal is basically a crowd-sourced studio, where businesses in need of creative work can find skilled writers, directors, animators and production companies. If you are interested, you can see LEGO’s current and past requests here, and Sam’s own portfolio here. 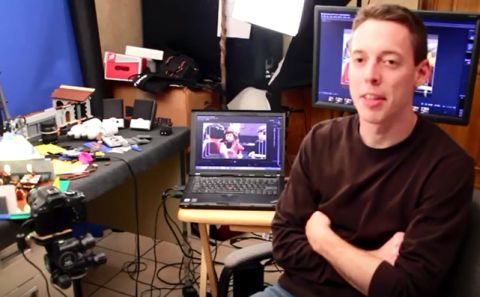 According to my sources, there will be more videos in the American Ninja Warrior series. The new videos will continue to include minifigures of popular real-life contestants, along with heroes from LEGO Ninjago. So keep an eye on LEGO’s YouTube channel for more. And if you feel inspired to recreate some of the scenes, you can also take a look at the newly released LEGO Ninjago sets at the Online LEGO Shop. 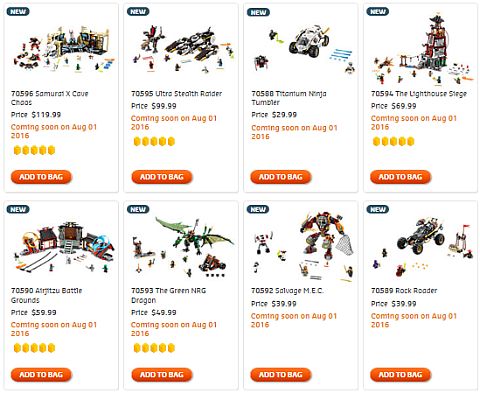 So what do you think? How did you like this LEGO stop-motion film? And do you watch the real American Ninja Warrior competition? Have you ever built an obstacle course out of LEGO? Feel free to share your thoughts and discuss in the comment section below! 😉