LEGO What Am I? guessing game review

While the LEGO Games series has been discontinued, LEGO still occasionally produces various LEGO sets that are based on traditional games. The LEGO chess sets are a good example, and right now the #40158 LEGO Pirates Chess Set is still available, and is on sale. Another, more curious LEGO game that recently became available is #40161 LEGO What Am I?. So what is this game about? And is it fun to play? Let’s take a look. 🙂 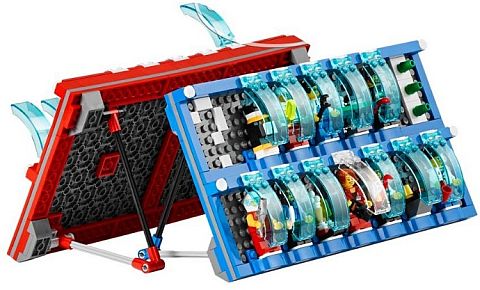 The LEGO What Am I? game is based on the traditional Guess Who? two-player guessing game. In the original game each player starts with a board that includes cartoon images of 24 people and their first names, with all the images standing up. Each player selects a card of their choice from a separate pile of cards containing the same 24 images. The object of the game is to be the first to determine which card one’s opponent has selected. Players alternate asking various yes or no questions to eliminate candidates, such as “Does this person wear glasses?” The player will then eliminate candidates by flipping those images down until all but one is left. Well-crafted questions allow players to eliminate one or more possible cards. There are a number of themed versions of the game with Star Wars, Super Heroes, and Disney characters. The game is fun to play as it is simple, but also requires some thinking and strategy. 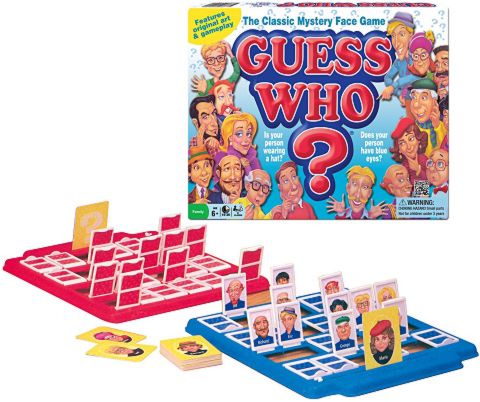 The LEGO What Am I? game works the same way, but you only get half of the playing pieces. So instead of 24 choices, you have 12 for each side. An interesting twist though is that only eight of those pieces are minifigs, the rest are small builds (same for both players). The playing pieces are placed on LEGO-built game boards, and each piece has a windshield over it that can be lowered when the piece gets eliminated. Below is the official description of the game, and a video review by JANGBRiCKS so you can see how it works. 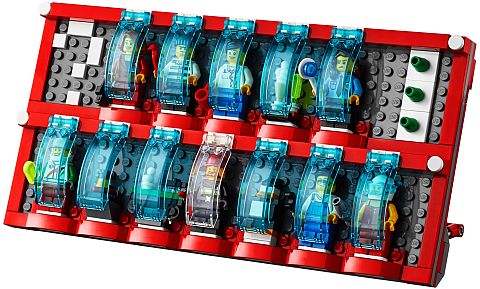 Play LEGO What Am I? and ask yes/no questions to guess your opponent’s minifigure or small build—there are 16 buildable and removable minifigures included with the game, or you can use your own to add to the fun! The game also comes with building instructions and rules for playing, and the handy packaging can be used to store the game between uses. Features 2 game boards and 16 assorted buildable and removable minifigures to play with. 536 pieces. Price: $39.99 (currently on sale for $31.99) – BUY HERE

The LEGO What Am I? game is pretty fun, however because the number of playing pieces is reduced by half, it finishes much more quickly. This may make it more accessible for younger children, but older kids could get bored as they are not challenged enough. One way to make the game more interesting is to change up the playing pieces by adding your own minifigs, or by completely switching out to small builds instead of minifigs. This could make the guessing more challenging. Just remember that both sides will have to have the exact same playing pieces. And could also make the boards larger to accommodate more playing pieces. 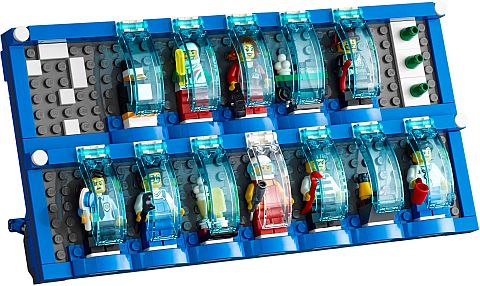 The LEGO What Am I? game seems limited compared to the original because of the smaller size. However on the positive side, the LEGO version of the game is completely adaptable and customizable. This is a huge plus, especially if you want to keep entertained creative and restless children who are always looking for something new. So all in all, I would say that the game is a good idea. The price is also right, as you are basically playing $2 per minifig, and that doesn’t even take into consideration all the extra pieces you get for the two game boards and the small builds. If you are interested, you can find the game at the Online LEGO Shop. 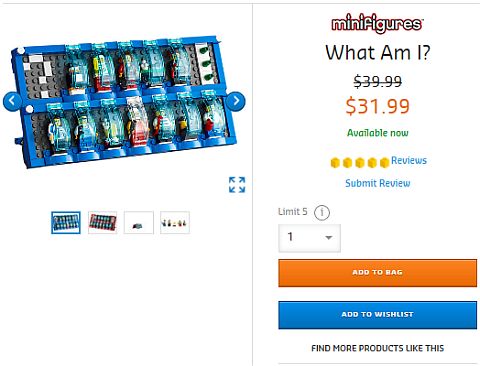 What do you think? How do you like the LEGO What Am I? game? Do you have it already? Have you played? What was your experience? Feel free to share your own thoughts and review in the comment section below! 😉

Previous post: How do you use LEGO.com? – survey & more!