by Thita (admin) on September 28, 2016
in Community Articles

If you are well immersed in the LEGO hobby you have likely participated in at least a few LEGO fan exhibits and conventions. These events are an excellent opportunity to see what other people are building, and depending on the nature of the event, you might even be able to display your own creations. Most of the LEGO models you will see at public events are very large, as they look the most impressive in large spaces. LEGO fans refer to big LEGO models and dioramas as S.H.I.P. projects, which stands for “Seriously Huge Investment in Parts”. Today I thought to discuss some of the basics of building very large models while keeping them strong, stable, and also easy to transport (which is very important if you want to display them publicly). And we will also address how to keep down the cost of large projects that could otherwise eat up your bank account. 🙂 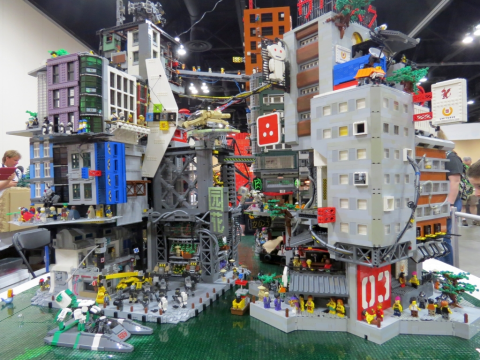 To build large models you will need lots of parts. You can get individual pieces from the LEGO Pick-A-Brick section of the Online LEGO Shop, but at around 13 cents per piece on average, this method is expensive. You can also buy parts on BrickLink, a website similar to eBay but only for LEGO, with sellers from all over the world. While you can get good deals on BrickLink, if you need a lot of parts you will still find that the average will be at around 10 cents a piece. For regular LEGO elements the Pick-A-Brick Wall available at LEGO stores is one of the best options – if you are lucky enough to have one near you. The challenge with this method is that the Pick-A-Brick cups are tubular, which is not the most compatible shape with LEGO bricks. In the video below you can learn some neat techniques about how to fill your Pick-A-Brick cups with 2×4 bricks the most efficient way, which will bring the price down to less than 10 cents a piece.

There are other ways to save money on large LEGO projects. Many LEGO fans use LEGO DUPLO bricks to build up the interior of their models. DUPLO is inexpensive, and due to their large size, they can quickly create a strong framework. DUPLO is compatible with regular LEGO bricks, so you can easily transition over for creating the outer coverings of your model with standard LEGO elements. The interior of large LEGO projects can also be built up with “filler bricks”. These are LEGO pieces that are acquired cheaply from garage-sales and second-hand stores and may be discolored, badly scratched, or damaged in some other ways, but they are still good for building. Some people even like to use damaged bricks on the exterior of their model as an interesting feature (i.e. representing battle damage or aging).

Once you spend a fortune on parts, and start building your awesome S.H.I.P., you need to pay attention to making it strong enough, so it doesn’t crumble due to its size and weight. The most basic technique of stacking LEGO bricks is to lay them like real bricks. However if your project is very large, this technique may not be enough. LEGO Technic pieces are known for their strength, but it can be hard to connect them with regular LEGO elements. So you need to use a combination of LEGO Technic bricks and LEGO plates in order to build strong cross-section beams (see picture). This technique can support very heavy loads, as long as you use them throughout your LEGO model. Also, you can use LEGO Technic beams to connect brick walls together and give them more stability, as you can see in the picture below. 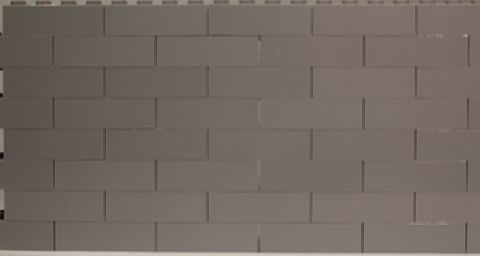 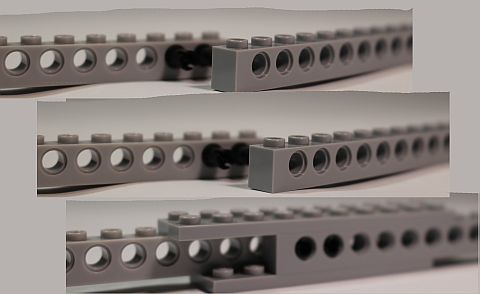 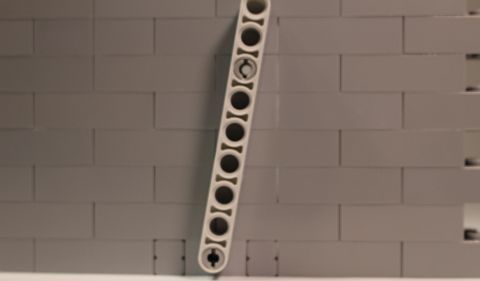 If you want to transport your large LEGO project to a LEGO convention, or you just want to keep it mobile enough in case you need to move it in the future, it is a good idea to plan ahead. LEGO models can be very heavy and bulky, and they are also fragile, so moving them around can be difficult, or even impossible. However if you design mobility right into the project from the very beginning, moving it won’t be any harder than handling a regular size LEGO set. The key is to keep the model modular – meaning that it is built up of chunks that can easily connect and be taken apart. For buildings, this is usually achieved by covering each section with a layer of tiles to keep the surface smooth, with a lip around it to slide in the next section. The same thing can be achieved by using just a few studs to connect sections (you can see this style used in the LEGO floors of the LEGO Modular Buildings). 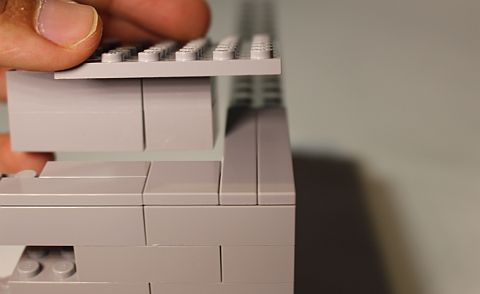 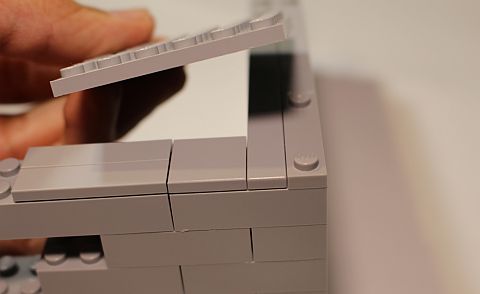 For large landscapes, you can simply build sections on baseplates that you can easily separate and connect, and hide the seams with strategically placed buildings and vegetation. For large shapeships, breaking them up in to modular chunks is a bit more complex, but if you plan ahead, you should be able to design some seams into them that allows them to be taken apart into manageable sections.

These are just some of the basics you need to keep in mind when planning for very large LEGO projects. They should give you a good foundation to get you started. You can learn other tips and tricks by talking with other LEGO fans at various LEGO shows and conventions. Collaborating with other LEGO fans on large projects can be part of the fun! 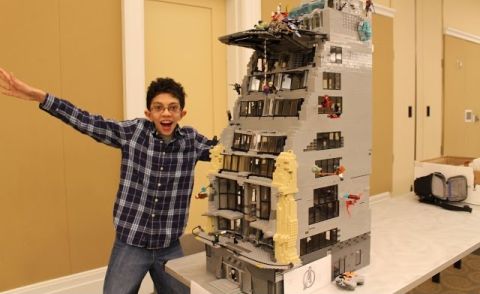 I’m a TFOL (Teen-Fan-of-LEGO), and run my own YouTube channel where I share videos of some of my own LEGO creations, including some pretty large ones. Feel free to check them out. Thanks for reading! Feedback is welcome and also feel free to share your own tips and tricks for building very large LEGO projects! 😉