As I have mentioned previously, I have recently started dabbling in the Mega Bloks Collectors series sets – mostly focusing on the high quality, very detailed, and fully articulated mini action figures. (If you are interested to check out my reviews on what I got so far, see the links at the end of this post.) Today I wanted to talk a bit about the recently discontinued Mega Bloks Assassin’s Creed line, and the sets that were never released…

I’m actually not a gamer, and don’t care for Assassin’s Creed as a game. However what I do like is the story. The game is set in a fictional history of real world events and follows the centuries-old struggle between the Assassins, who fight for peace with free will, and the Templars, who desire peace through control. This means that the Mega Bloks sets associated with the game include historically accurate characters – mostly soldiers. 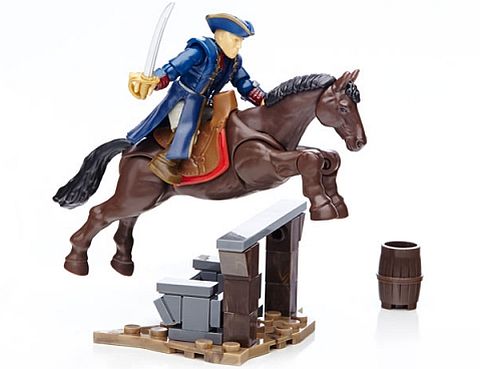 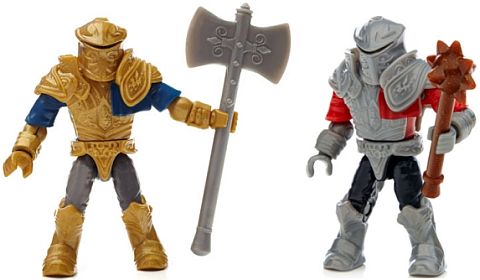 The Mega Bloks Assassin’s Creed sets include pirates, Spanish guards, soldiers from the French Revolution, soldiers from the American Revolution, and medieval knights. The characters include accurate clothing and accessories that are fully interchangeable, so you can mix and match them as you like for further variety. Also note that all the weapons and other accessories are compatible with LEGO minifigures. The horses are very nice too and come in three different colors, in case you want to have some of your soldiers on horseback. I have included some pictures here to give you an idea how the figures look like. 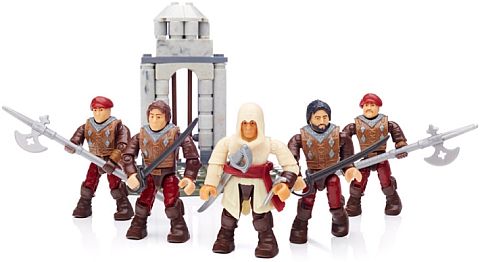 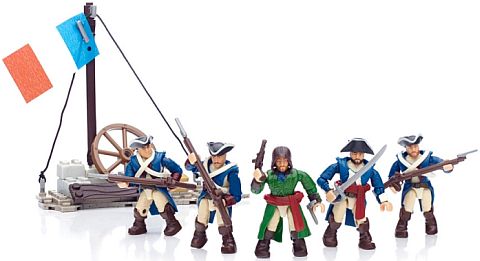 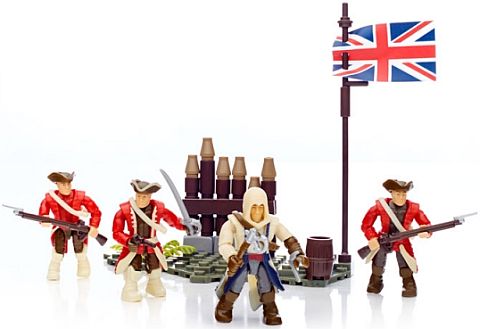 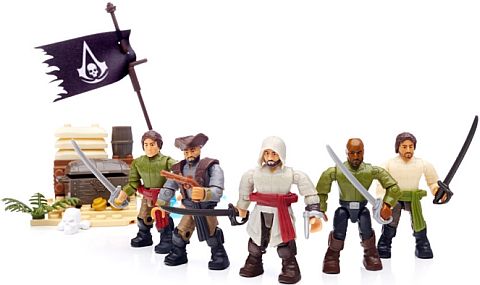 Because of the story spanning through centuries, the Mega Bloks Assassin’s Creed sets have really been a goldmine of historically accurate mini action figures. I really wish that LEGO would do something like this! Unfortunately, even though more sets were scheduled for this fall, the Mega Bloks Assassin’s Creed line was suddenly discontinued, and sadly, these were the sets I was looking forward to the most… 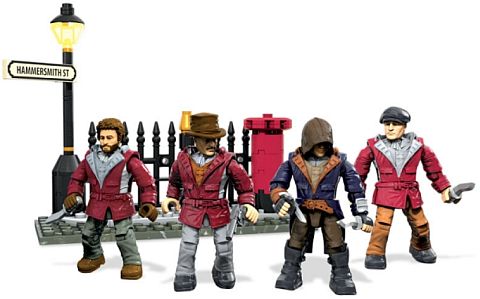 One of the unreleased sets includes Jacob Frye from the British Brotherhood of Assassins along with some other Victorian era characters (see above). The other two unreleased sets include medieval knights. Just look at these guys! Gorgeous armor for the knight, archers with working bows… as a fan of medieval history, I was looking forward to these so badly! Myself and other fans have even pleaded with Mega Bloks to please reconsider and release them as a final wave, but they won’t budge. So, I sort of wrote this article to commemorate them. I hope Mega Bloks will include similarly awesome knights in some future sets. 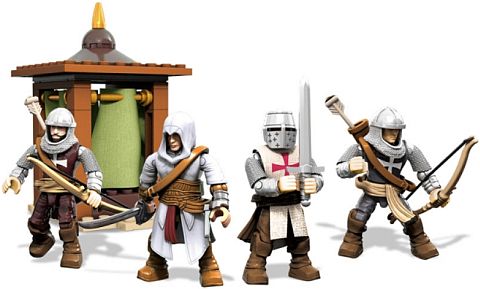 Although the Mega Bloks Assassin’s Creed sets have been discontinued, if you are interested in trying them out, you can still get them at various retailers and also eBay. I actually bought almost all of the Mega Bloks sets and figures I have via eBay, as they have pretty much all of the retired sets and the prices are very reasonable (a relief for someone who is used to the high aftermarket prices of LEGO sets). Here is the link where you can find them: MEGA BLOKS ASSASSIN’S CREED ON EBAY

What do you think? Do you have any of the Mega Bloks Assassin’s Creed sets? How do you like them? Feel free to share your thoughts and own review in the comment section below! 😉