➡ LEGO ARCHITECTURE BUCKINGHAM PALACE: Just like all LEGO Architecture sets, this the LEGO Architecture Buckingham Palace comes in a sleek black box, and with a high-quality booklet that talks about the design architecture and history of the building, and also contains the building instructions. This is the smaller of the two new sets, but it includes everything to recreate a mini version of the royal residence in a miniature scale. It also includes a tiny London bus and taxi. Here is the official description: Build a LEGO brick model of London’s official royal residence. This magnificent model focuses on the palace’s east wing with its famous balcony, forecourt and palace gates. A section of the Mall is also depicted, complete with a double-decker bus, black taxicab and the Victoria Memorial. The model has been designed to deliver an interesting and rewarding building experience and is suitable for display in the home and office. It has been developed for all with an interest in architecture, travel, history and design. Measures 3” (10cm) high, 7” (20cm) wide and 7” (19cm) deep. 780 pieces. Price: $49.99 – BUY HERE 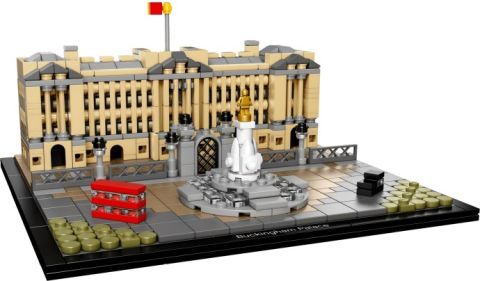 ➡ LEGO ARCHITECTURE UNITED STATES CAPITOL BUILDING: This set is quite large and substantial, and contains so many rare sand-green pieces! Here again, the included high-quality booklet contains information about the design, architecture and history of the building, and the building instructions. The model itself is very impressive, taking advantage of advanced building techniques to create the iconic shapes. Here is the official description: Discover the architectural secrets of the iconic United States Capitol Building with this amazing LEGO Architecture interpretation that focuses on the structure’s neoclassical style facade, steps and lawns, finished with a decorative “U.S. Capitol” nameplate. Remove the dome to access the rotunda interior depicting the National Statuary Hall, with columns, 8 statues and tiled floor. This model has been designed to deliver an interesting and rewarding building experience and is suitable for display in the home and office. It has been developed for all with an interest in travel, architectural culture, history and design. The scale of this model matches the #21022 LEGO Architecture Lincoln Memorial. Measures over 6” (16cm) high, 17” (44cm) wide and 5”(14cm) deep. 1032 pieces. Price: $99.99 – BUY HERE 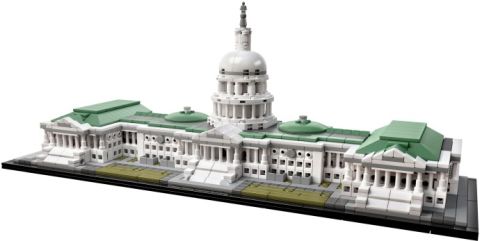 If you have never built a LEGO Architecture set, it is kind of hard to explain why and how they are so different than regular LEGO sets. But I would say that they are more like a serious modeling kit rather than a building toy. In my experience, the best LEGO Architecture sets are in the price-range of $40-$60. Anything smaller might still look great, but it is too quick to put them together. With a mid-price set you get a great display model, and you can also have plenty of fun and learning during the building process. So the #21029 LEGO Architecture Buckingham Palace (or similarly priced sets) are excellent if you are new to LEGO Architecture. 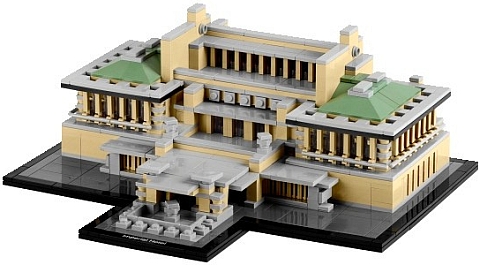 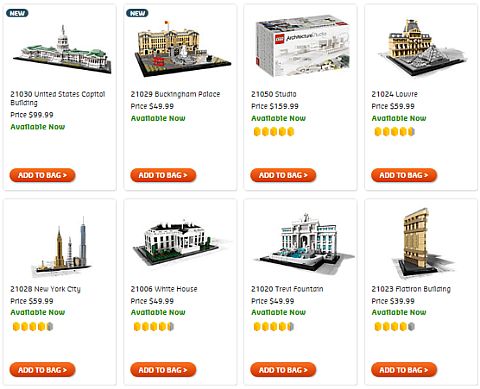