The latest Disney film, Moana, was released on Thanksgiving weekend to a huge success. I’m not going to spoil the story for you, in case you haven’t seen it yet, so I will only say that the film tells the story of Moana, the strong-willed daughter of the chief of a Polynesian tribe, who is chosen by the ocean itself to reunite a mystical relic with a goddess. When misfortune strikes the island, and fish become scarce and vegetation begins to die, Moana sets sail in search of Maui, a legendary demigod, in hopes to save her people. It is a beautiful and inspiring film with interesting characters, surprising twists and turns in the story, and soaring views of the ocean and islands. To commemorate the movie, LEGO released two Moana related sets, which is what we will be looking at today. 🙂 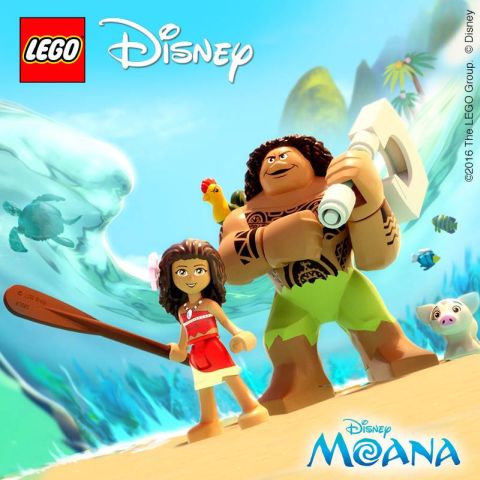 ➡ #41149 LEGO DISNEY MOANA’S ISLAND ADVENTURE: In this set we get Moana and her pet pig Pua, and three separate play-areas. The largest one is Moana’s house with some food storage at the bottom, and a little bedroom upstairs. The second largest area is the cave and waterfall with a secret reveal function, which is very important in the movie. The smallest play-area is the firepit, with a rotating pole for cooking fish. Here is the official description: Explore the beautiful world of Disney’s Moana with Moana’s Island Adventure. Recreate memorable scenes from the movie as Moana learns about the legends of her ancestors, finds the heart of Te Fiti and plays the drums in the cave. Then create new adventures of your own, living out island life in and around her house with Pua her pet pig. Includes a Moana mini-doll, plus Pua the pig. 205 pieces. Price: $24.99 – BUY HERE 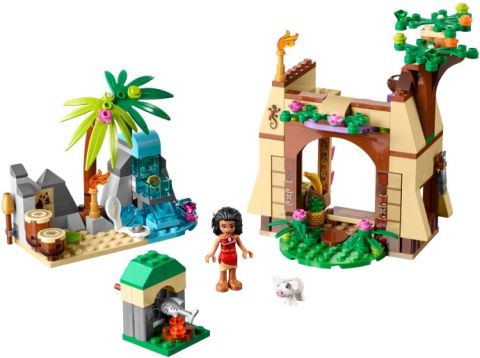 ➡ #41150 LEGO DISNEY MOANA’S OCEAN VOYAGE: Here we get both Maui and Moana (wearing a different dress), along with Moana’s pet rooster Heihei, and two pygmy pirates called Kakamora. It is worth noting that this is the first time a LEGO bigfig appears in a LEGO mini-doll set, and the combination works surprisingly well. It is really nice to see that Maui’s tattoos were so faithfully recreated. This set also has three separate play-areas; a small part of Te Fiti island, a sailboat, and a tiny catapult for the Kakamora. Here is the official description: Discover the vibrant world of Disney’s Moana and join her on her epic adventure to bring back the heart of Te Fiti and restore harmony. This beautiful sailboat with opening storage under the deck, and island with transformation function, are perfect for recreating iconic scenes from the movie or creating new stories by the sea. Features a Moana mini-doll, Maui big figure, Heihei and two Kakamora. 307 pieces. Price: $39.99 – BUY HERE 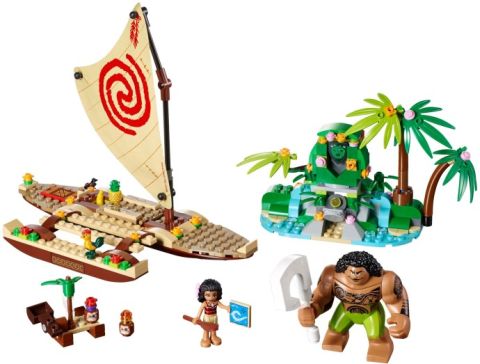 My first reaction to both of these sets is that they are awesome, but why so small? I want more! The movie takes your breath away with its beautiful imagery of the ocean, the island, the ships and the people, and all we get here is a smidgen of it all. While we can build more ships and a bigger island with extra parts, we need some islanders! Moana all by herself looks quite lonely. Saving her island and her people were a major part of the story. Otherwise, right now it just looks like a little girl and a big dude chilling on a tiny piece of land they can hardly fit on. I also would have liked the Kakamora to be more defined, perhaps using the LEGO Nexo Knights Scurrier body. An army of Kakamora would have been very fun! 🙄

It is interesting to note that in general LEGO has been quite conservative with the LEGO Disney sets aimed at girls. While LEGO Friends comes with a large selection of sets, including many substantial ones, the LEGO Disney Princess collection is minimal with small to medium size sets. Even LEGO Elves has a much larger selection, which is surprising. LEGO recently renamed the LEGO Disney Princess line to LEGO Disney, and released the very large #71040 LEGO Disney Castle, so perhaps we will start to see a bigger and better selection. It is also possible that LEGO was waiting to see how people respond to the film before adding more sets. Frozen already got four sets, and there is more on the way, due to the popularity of the movie, so perhaps more sets will be made for Moana as well, if there is enough interest. To see all the currently available sets, visit the LEGO Disney section of the Online LEGO Shop. 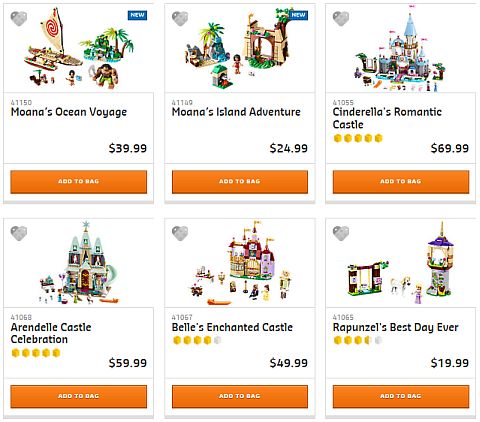 What do you think? Have you seen Moana yet? How did you like the film? And what do you think of the LEGO sets related to the movie? Have you gotten them already? Or are you planning to? Feel free to share your thoughts and own review in the comment section below! 😉

Previous post: Ideas for setting up the LEGO Winter Village