by Thita (admin) on December 19, 2016
in Featured LEGO Creations

In the past few years LEGO has been releasing some really excellent minifigure-size racecars. There are a number of generic racers in the LEGO City line, and there is also the whole LEGO Speed Champions collection with miniature forms of real racing vehicles. So far, the LEGO Speed Champions series has given us a number of Ferrari, McLaren, Porsche, Chevrolet, Ford, and Mercedes racecars, and there is more to come next year. 🙂

Having such a great variety of realistic LEGO racecars gives LEGO fans a great opportunity to learn about minifigure-size vehicle building. There are so many different ways to use standard LEGO elements to shape a car, and LEGO also introduced some specialized elements to make the vehicles as accurate as possible. The application of beautifully designed stickers also helps with making the cars recognizable.

Once you get the hang of it, you can start building your own vehicles in LEGO Speed Champions style. For example, LEGO fan hachiroku24 built a Batmobile, using pieces and techniques from the LEGO Speed Champions collection. While most official LEGO Batmobiles are quite large and out of scale from standard minifigure size vehicles, this little Batmobile would look great on any LEGO City street, and still remain very cool and bat-like. It’s impressive to see such nice shaping and texturing with just one color! Take a look at that awesome nose section at the front and the fins at the back! In the video below, you can see the vehicle from all sides, and there are also building steps, if you would like to build your own.

A sweet little ride for bat-ride isn’t it? While Batman may need something bigger and badder when he is fighting crime, for everyday cruising around this vehicle is perfect! 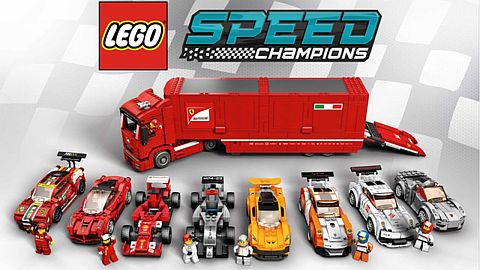 The LEGO Speed Champions series mostly appeals to collectors and racecar fans because they look great on display, but keep in mind that they are also excellent examples for minifigure-size car building. You don’t have to collect them all – just pick up a couple that you especially like and find interesting, and study the techniques used. 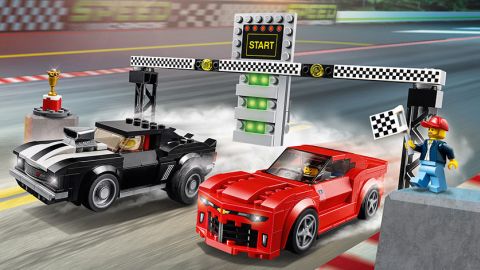 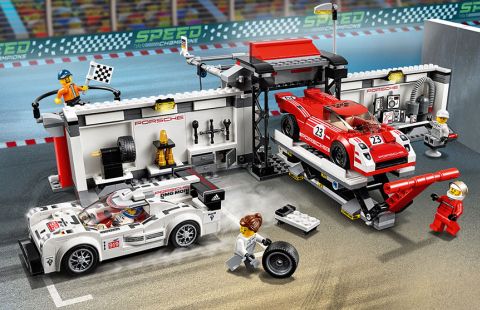 So whether you are a collector, or you want to learn more about LEGO car building, I would suggest that you check out the LEGO Speed Champions collection. Also, don’t forget about the more generic racecars in the LEGO City line, which we have talked about previously (see links at the end). I think you will be very pleased with any of them, and you will likely get inspired to start building your own vehicles. You can find them at the LEGO City, and LEGO Speed Champions section of the Online LEGO Shop. 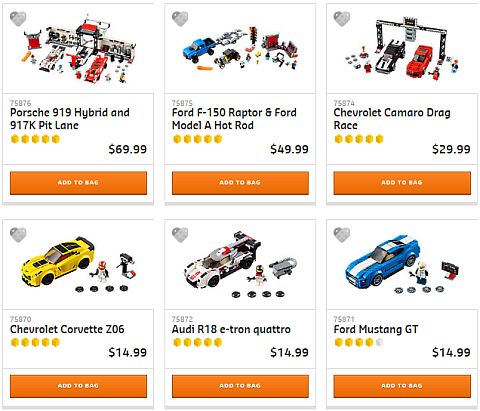 What do you think? How do you like the LEGO Speed Champions series? Do you have any of the vehicles already? Are you collecting them all, or just buying them selectively? And how do you like the little Batmobile? Do you try building your own minifig-scale LEGO vehicles? Feel free to share and discuss in the comment section below! 😉