As so many of the 2017 LEGO City sets have been released already, I thought it would be a good idea to review them all in one place. None of the new LEGO City sets are particularly large, but they are full of winning designs – mostly in the form of small and very useful LEGO City vehicles. This is of course good for LEGO fans, as it allows us to get some really nice LEGO City rides without spending a fortune. So let’s take a look. 🙂 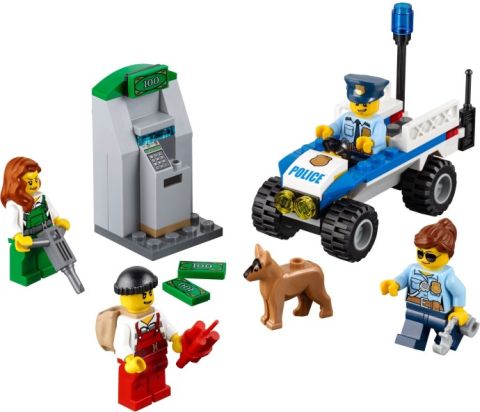 ➡ #60136 LEGO CITY POLICE STARTER SET: While older LEGO fans often complain about LEGO releasing a myriad of LEGO City Police and LEGO City Fire sets, the fact remains that these are two subjects young boys especially like. So it makes sense to always have a few small sets available in these themes. And even if you are not into LEGO City Police or LEGO City Fire, you might find some interesting new elements. For example in this set the criminals got some nice new body prints, and the small ATM machine would fit well in any LEGO City setting. Here is the official description: Be part of the action with the LEGO City police as they stop the crooks from getting away with the money from the ATM, featuring a police ATV that includes a radio and a set of handcuffs, plus an ATM with breakout function and opening door on the back, money bills, dynamite and a jackhammer. Includes four minifigures: two police officers and two crooks, plus a police dog. plus a police dog figure. 80 pieces. Price: $9.99 – BUY HERE 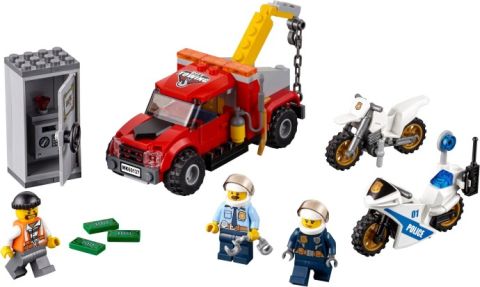 ➡ #60137 LEGO CITY TOW TRUCK TROUBLE: While this is also a LEGO City Police set, it also got a very good looking small tow-truck. Notice the LEGO Nexo Knights shield piece (in black) on the hood! Here is the official description: Be part of the action with the LEGO City police as they race after the crook trying to tow away a safe. This set includes a tow truck with winch arm and hook, police off-road bike and a police pursuit bike with radio, plus a safe with a large opening door and smaller compartment inside, money bills, jewel and other accessory elements. Includes three minifigures: two police officers and a crook. 144 pieces. Price: $24.99 – BUY HERE 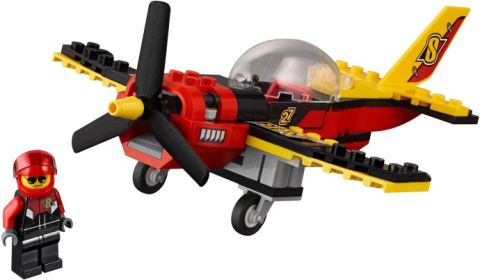 ➡ #60144 LEGO CITY RACE PLANE: This is another nice little basic LEGO set with a little airplane to swoosh around. It would go well with the previously released #60103 LEGO City Airport Air Show as an additional plane. Here is the official description: Get ready to put on an amazing show from the skies with the LEGO City Race Plane, featuring a spinning propeller and opening cockpit. Includes a pilot minifigure. 89 pieces. Price: $9.99 – BUY HERE 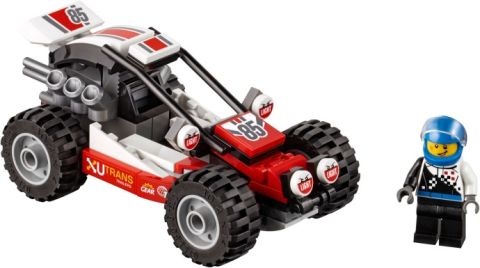 ➡ #60145 LEGO CITY BUGGY: This is one of the sets that everybody likes in this wave! A great little racing buggy with nice colors and an excellent design! LEGO has been doing really well with these small racing vehicles in the past couple of years. Make sure you check out the video-review below to really appreciate the details! Here is the official description: Get behind the wheel and take on the desert with the super-fast LEGO City Buggy. This tough vehicle features an opening roll cage over the seat, huge chunky tires and a big engine at the back. Includes a Buggy driver minifigure. 81 pieces. Price: $9.99 – BUY HERE 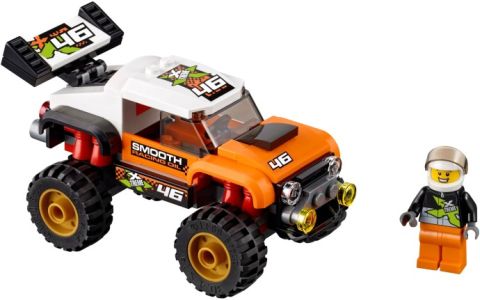 ➡ #60146 LEGO CITY STUNT TRUCK: And here we go again; another excellent LEGO City racing vehicle that everyone is talking about! You really can’t beat the gorgeous colors and great details of this vehicle! Here is the official description: Get behind the wheel of the LEGO City Stunt Truck and prepare to make some big air jumps, featuring a truck with a big rear wing and big knobby tires. Includes a Stunt Truck driver minifigure. 91 pieces: Price: $9.99 – BUY HERE

➡ #60147 LEGO CITY FISHING BOAT: Now we are getting into the little bit larger sets. This fishing boat got great curves, and the white and dark-red color-scheme is quite nice. Also, it is worth noting that the boat can actually float! Here is the official description: Get behind the controls of the LEGO City Fishing Boat, featuring two motors with spinning propellers, swiveling chair with a hook for the fishing rod, canopy with driver’s console, plus three fish, a shark figure with an opening mouth and a buoy. Includes two angler minifigures. 144 pieces. Price: $19.99 – BUY HERE

➡ #60148 LEGO CITY ATV RACE TEAM: Another all-around excellent LEGO City set! The large SUV is perfectly proportioned, the two small ATVs are fun to play with, and one of the minifigures got new torso-printing. Great for both play and display! Here is the official description: Get ready to race with the LEGO City ATV Race Team. This set features two ATVs, a pickup truck, trailer hitch, pickup bed with adjustable ramp and a detachable trailer with adjustable ramp, plus helmets, fuel barrel and a spare tire. Includes two ATV rider minifigures. 239 pieces. Price: $19.99 – BUY HERE 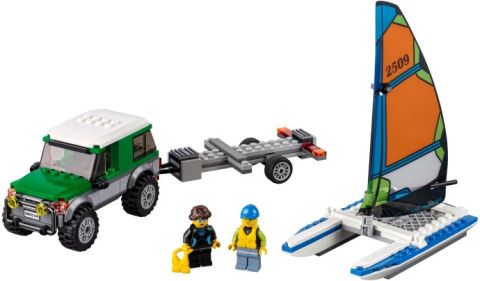 ➡ #60149 LEGO CITY 4×4 WITH CATAMARAN: Here we got both a great vehicle for land, and another for water! The truck has a simple bot solid design, and the sail of the catamaran has a very sticking color-scheme. Here is the official description: Get ready for an adventure on the water with the catamaran boat, featuring dual rudders and a folding sail, and a 4×4 truck with trailer hitch and a detachable trailer. Includes two minifigures: a catamaran pilot and a 4×4 driver. 198 pieces. Price: $19.99 – BUY HERE 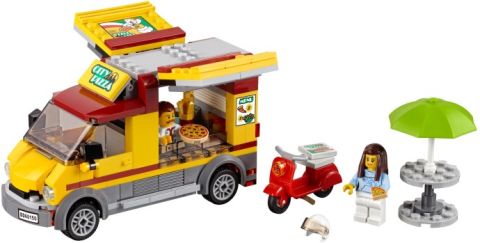 ➡ #60150 LEGO CITY PIZZA VAN: Everyone I talk to is raving about this little pizza van. And who wouldn’t want such a good looking pizza-mobile in their LEGO City? Also notice the small pizza slice, and the female minifigure’s sweet hoodie! Here is the official description: Make and serve some pizza for your customers with the LEGO City Pizza Van, featuring a van with opening sides and kitchen space in the back, a scooter and a buildable table with parasol. Includes two minifigures: a pizza van chef and a customer. 249 pieces. Price: $19.99 – BUY HERE

➡ #60152 LEGO CITY SWEEPER & EXCAVATOR: This is the largest set (so far) in the 2017 LEGO City line, with an interesting combination of a street sweeper and an excavator. I haven’t really seen a combination like this in real life, but heavy work vehicles are always awesome to watch, so I will just accept LEGO’s decision to sweep and excavate at the same time. Here is the official description: Keep the LEGO City streets clear for traffic with the help of the city work crew and their Sweeper & Excavator, featuring a truck sweeper with spinning brushes, various work tools and detachable trailer, an excavator with movable arm and shovel bucket, rotating body and opening cage, a street sign, cones, brick wall elements, and two city worker minifigures. 299 pieces. Price: $29.99 – BUY HERE

So what do you think? How do you like the first wave of the 2017 LEGO City sets? Which ones are your favorites? Have you gotten any of them already? Feel free to share your thoughts and own review in the comment section below! 😉

Next post: Ideas for setting up the LEGO Winter Village