Even though I’m not hugely involved with LEGO Technic, I’m very fond of this series and have been collecting them from the very beginning. The LEGO Technic pull-back motor is quite powerful, and the vehicles are really fun to race. Because they are built of LEGO Technic pieces they don’t fall apart if you fly them over obstacles or crash them in a wall. Also, the two sets for each year can be combined into a larger set with two motors! If you would like more information about how these vehicles work, I recommend you check out the LEGO Technic Pull-Back Racers article as it includes an interesting interview with the designer of the sets. And below we will look at the two new sets in the series.

This year the LEGO Technic Pull-Back Racer sets went through some slight changes. You will notice that the vehicles are somewhat smaller than in previous years, and now a ramp is included with each set. I don’t think the smaller size takes anything away from the play-experience, as the vehicles are still quite chunky and feel good to handle. I also really like the fresh color-scheme of the LEGO Technic Stunt Truck, and the yellow/black color of the LEGO Technic Stunt Bike is pretty sweet as well. It is worth noting that LEGO designers come up with a new design and color-scheme for these vehicles each year, so if you collect them all you will have a very nice variety of vehicle styles and colors.

I’m also very happy about the ramps. It is natural to build ramps for these vehicles because they were born to run fast and fly over obstacles. I have been building ramps for them from cardboard, and all kinds of piled up items, but it is really nice to get LEGO Technic branded matching ramps. They are made of a very sturdy plastic cardstock piece, and a few additional LEGO Technic parts to prop them up. The size is 4×3 inches, and about an inch tall. While the design is simple, it is actually quite effective and will make your vehicles fly. Of course, they can be used with the sets from previous years. See the video-review below by JANGBRiCKS to how the ramps work.

The larger combination model for the two sets is a Power Racer that incorporates both motors, so it can run faster and further. Instructions for the combi model should be available at the official LEGO Technic website sometime in January. Another noteworthy feature of the sets is that they both include the printed LEGO Technic 40th Anniversary piece that will be added to all of the 2017 LEGO Technic sets (see below). 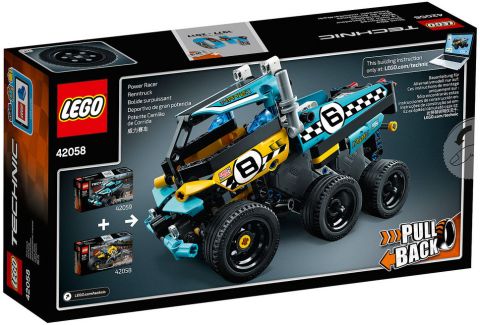 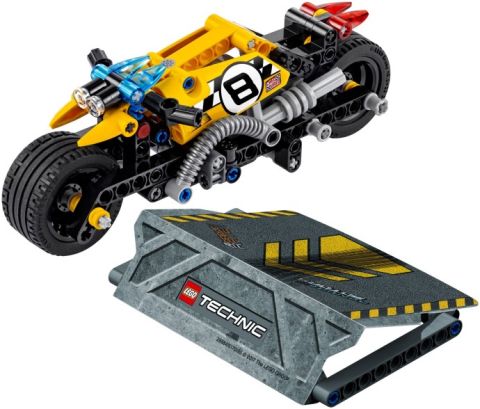 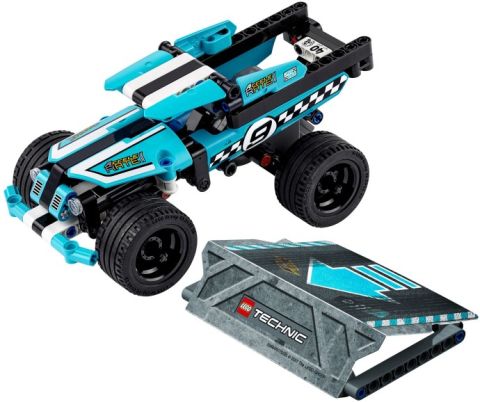 While the recommended age-range for the LEGO Technic Pull-Back Racers is 7-14, I very much enjoy them as an adult as well. It is nice to play around with such strongly built LEGO sets. The vehicles are just the right size for an interesting building experience without being too overwhelming (as larger LEGO Technic sets tend to be). Once the sets are put together, younger children can play with them also, as the vehicles won’t fall apart even with intense use. They are very fun. 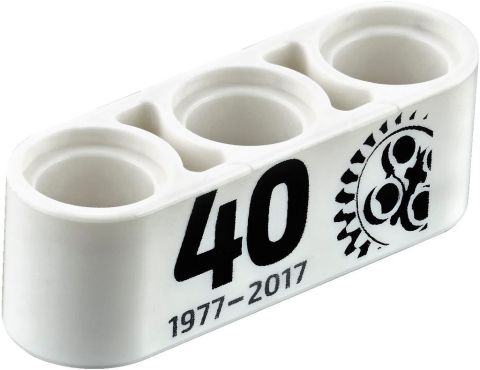 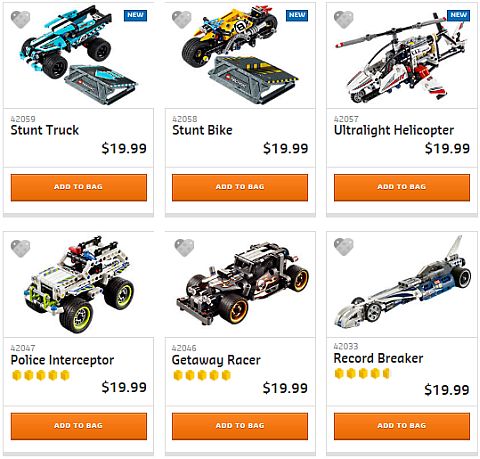 So what do you think? How do you like the LEGO Technic Pull-Back Racers? Do you have any of them already? Are you collecting them? Which one is your favorite so far? Feel free to share your thoughts and own review in the comment section below! 😉