What would you like on the LEGO PAB Wall?

You may remember our discussions about the LEGO Pick & Build Wall (formerly Pick-A-Brick Wall) changes at LEGO brand stores (see links at the end of this post). While some of the new features already made their way to European locations, others were only implemented in North America on a trial basis. One of these trial features for the PAB Wall was the Fan Favorite section, which includes LEGO elements that are considered popular with adult LEGO fans. 🙂 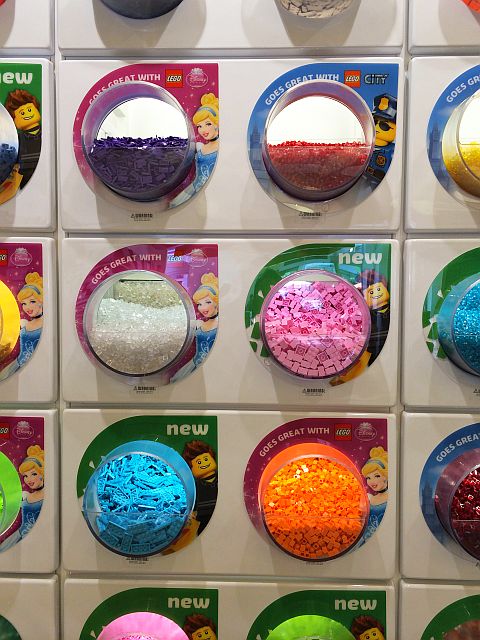 However, LEGO would like to get feedback from the community in regards to the 2018 Fan Favorite section, so they created a survey for LEGO Ambassadors to fill out on behalf of their communities. LEGO encourages all LEGO fans to participate and share their thoughts about the program, even if you don’t directly benefit from it at this point (i.e. you don’t live close to a LEGO store, or you live in a country where LEGO stores haven’t implemented the new features yet). Although there is no specific timeframe for a rollout across Europe and Asia at this point, LEGO is exploring the possibilities, so hopefully it will be available globally soon. 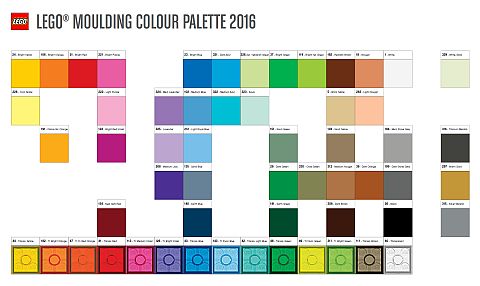 Below I have enclosed the questions that I will need to answer on behalf of our readers and subscribers. If you would like to see the current LEGO color palette, you can refer to the chart above (see larger a version of the image on Brickset). The element list is available at the following link (please note that this is a large Excel file that may take a few minutes to open): 2017 LEGO ELEMENT LIST

The deadline for me to fill out the survey is January 13, so please finalize your feedback a couple of days before that date, leaving me enough time to gather all the data before submitting it. You are welcome to share your feedback all at once, or just answer one question at a time. This is a great opportunity for all of us to tell LEGO what we would like to see on the PAB Wall, so take advantage of it. 😉