While there are a number of excellent large sets that were released at the beginning of the month and we talked about already, today I wanted to bring to your attention some of the impressive small sets that are $10 or less, and are definitely worth considering. 🙂 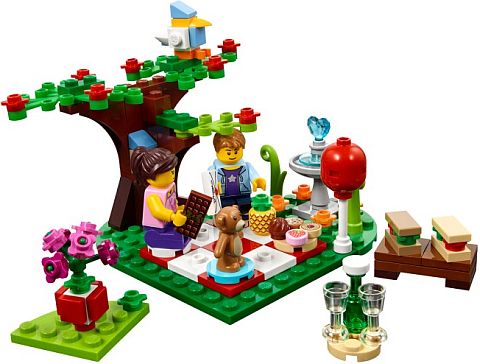 ➡ LEGO VALENTINE SET UNDER $10: While the #40236 LEGO Romantic Valentine Picnic is small, it is full of interesting and rare pieces like the teddy bear, printed chocolate bar, printed cookies, printed pineapple, bottle and glasses, flowers, and other decorative elements. Plus, you also get two minifigures with nicely printed torsos. And the lawn is heart shaped… awww! I expect this set to sell out well before Valentine’s Day! 126 pieces. Price: $9.99 – BUY HERE 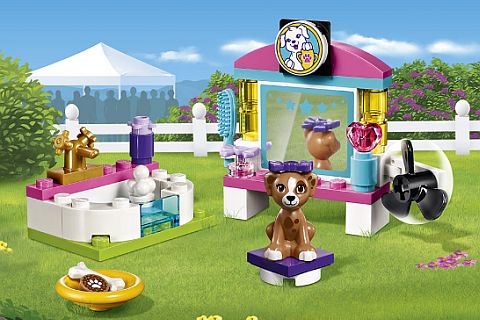 ➡ LEGO FRIEND SETS UNDER $10: There are a few slightly larger LEGO Friends sets with great accessories as well. The #41305 LEGO Friend’s Emma’s Photo Studio, the #41306 LEGO Friends Mia’s Beach Scooter (with a brand new lavender scooter!), the #41307 LEGO Friend’s Olivia’s Creative Lab with lots of tools, the #41308 LEGO Friend’s Stephanie’s Friendship Cakes with pretty cakes and colors, and the #41309 LEGO Friends Andrea’s Musical Duet with a new color bird and newly printed guitar. All off these sets are full of interesting pieces, and are only $9.99 each – BUY HERE 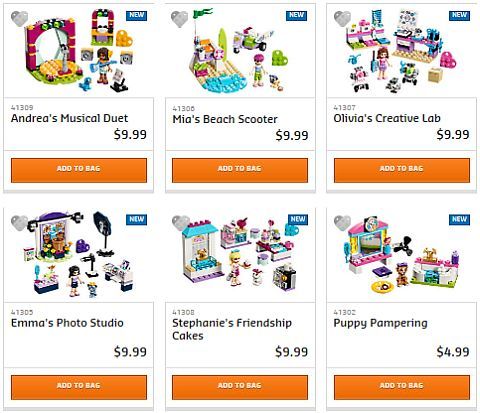 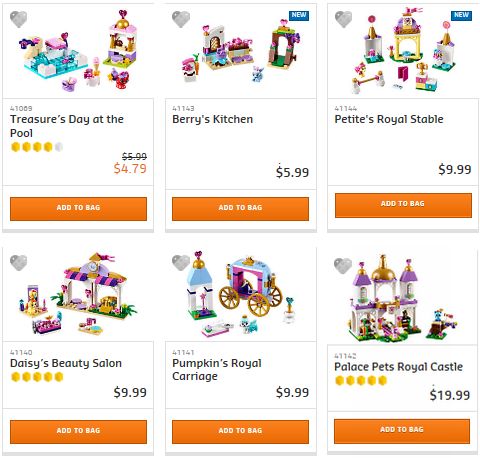 ➡ LEGO CITY SETS UNDER $10: There are a number of small LEGO City sets that are worth picking up. Besides the usual small LEGO City Police and LEGO City Fire sets, there is the #60144 LEGO City Race Plane, the #60145 LEGO City Buggy, and the #60146 LEGO City Stunt Truck. Each are excellent small vehicles for $9.99 – BUY HERE 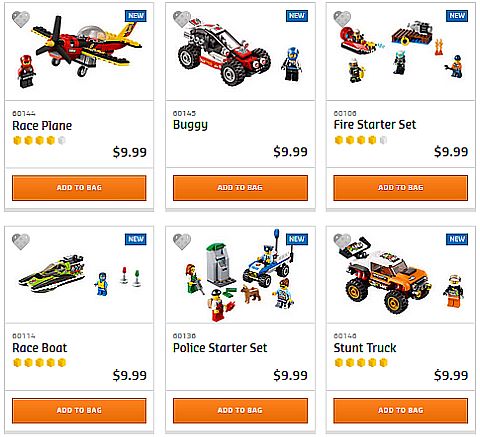 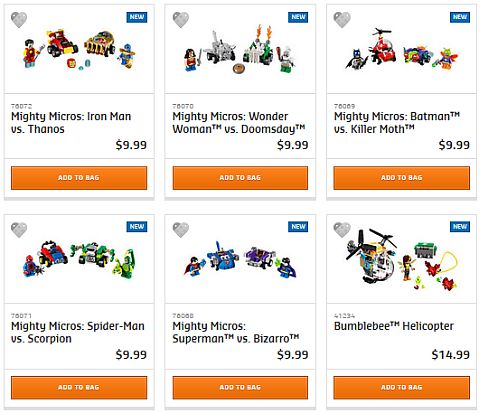 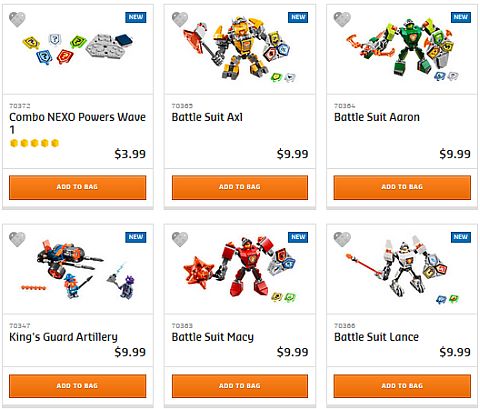 ➡ LEGO NINJAGO SETS UNDER $10: There is only one new LEGO Ninjago set that is under $10, but it is a very good one. The #70621 LEGO Ninjago Vermillion Attack includes three minifigures; Kai in a new suit, and Rivett and Slakjaw – two new badguys with incredibly detailed printing and beautiful armor pieces. You also get a very unique Vermillion egg piece, a new translucent-green Time Blade, and pieces to build a tree stump looking thing with swamp reed. And yes, you get all of that for only $9.99 – BUY HERE 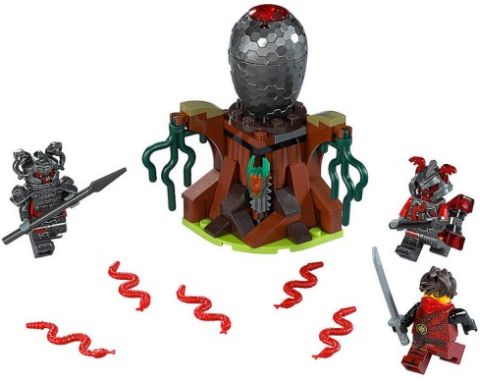 As you can see, even amongst the smallest 2017 LEGO sets there is a very nice selection. So if you are on a budget, but want to get something fresh, or you are placing a larger order and needed to add a bit more to meet the minimum shipping threshold, these sets are a great option. What do you think? are you planning to get any of the small sets released this month? Which ones are your favorites? Feel free to share your thoughts and discuss in the comment section below! 😉