Nerf guns are admittedly very fun, and it is even more fun to make a Nerf gun out of LEGO. Most of the LEGO recreations don’t actually shoot, or if they do, they are usually made of LEGO Technic pieces. These work well, but LEGO Technic can’t really replicate the chunky style Nerf guns are known for. However recently I ran across a working LEGO Nerf gun that is an impressively accurate replica of a real model. 🙂 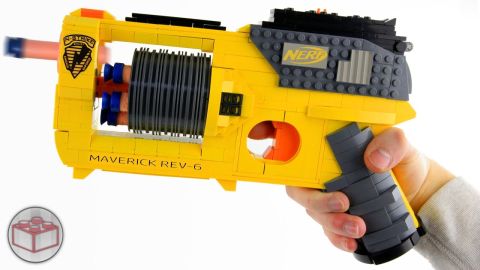 AstonishingStudios is a YouTube channel that focuses on making working LEGO models of candy machines, food and drink dispensers, and arcade games. The models are really well done, and usually instructions are also provided, so you can copy the projects. It’s a fun and friendly channel for both kids and adults, who would like to build something interesting. You can check out the channel here. 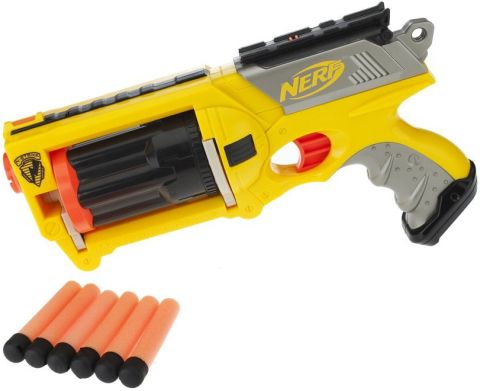 The yellow LEGO Nerf gun by AstonishingStudios is modeled after the Maverick REV-6, a real-life Nerf gun. The LEGO version faithfully recreates the shape with standard LEGO bricks, plates, and curved slopes. The mechanism inside uses LEGO Technic elements, plus a non-LEGO spring. The LEGO Nerf gun can shoot six standard Nerf darts, just like the original version. See video below for demonstration on how the gun works.

The LEGO Maverick REV-6 uses nearly 700 pieces, so there were only some basic instructions provided instead of a full tutorial on how to build it. However because so many people were asking for more detailed instructions, AsonishingStudios made a smaller LEGO Nerf gun (in blue or red), with step-by-step tutorial, as you can see in the video below. Instructions in LEGO Digital Designer are also provided, which you can download here: Blue LEGO Nerf Gun LDD and Red LEGO Nerf Gun LDD

Once you build one of the LEGO Nerf guns, you should have a good understanding of how they work, and start building your own versions. Astonishing Studios recommend getting the #10696 LEGO Classic Medium Brick Box to obtain many of the basic building part needed for the models. You can find it at under the LEGO Classic section of the Online LEGO Shop. 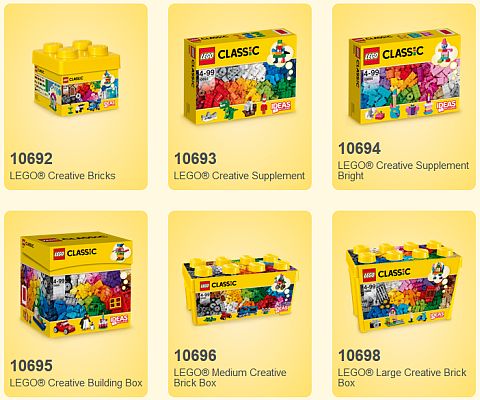 What do you think? How do you like these LEGO Nerf guns? Are you planning to build your own? Or have you already tried something similar? Feel free to share in the comment section below! 😉