The first contest of the year has been announced on LEGO’s ReBrick website! As you may remember from our previous announcements, ReBrick contests are for teen and adult LEGO fans with really interesting challenges and excellent prizes. Below are the details of the LEGO Creator Build and Rebuild Contest. 🙂 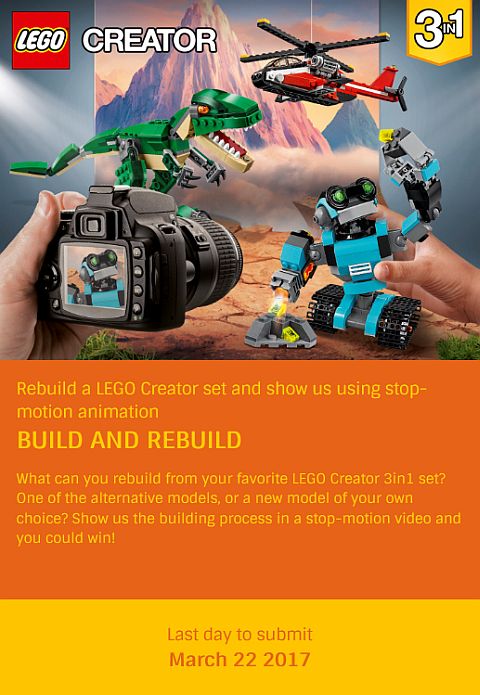 ➡ LEGO CREATOR CONTEST – DESCRIPTION: What can you rebuild from your favorite LEGO Creator 3-in-1 set? One of the alternative models, or a new model of your own choice? Show the LEGO Creator design team the building process in a stop-motion video and you could win awesome prizes!

➡ LEGO CREATOR CONTEST – HOW TO ENTER: Take a LEGO Creator 3-in-1 set of your choosing. Create a stop-motion video under 45 seconds showing the set being built into a model (either another one from the LEGO Creator 3-in-1 set or your own original model). Upload your video to the video hosting site of your choice, such as YouTube. Enter the contest by going to the “submit entry” page on ReBrick and submit maximum 5 screenshots from your video. Make sure to also add the link to your video before you submit. Use the description field to describe your entry and what LEGO Creator 3-in-1 set you’re rebuilding. When you receive a “Success!” pop-up notification after clicking “submit” on the entry submission page, your entry has successfully been submitted. The moderation team will review it within 1-3 working days to make sure it fits all the contest rules. 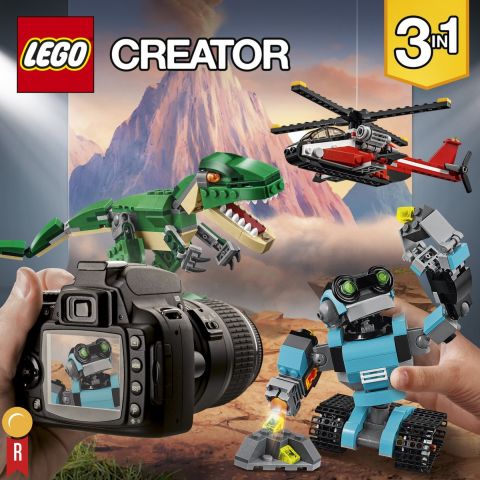 ➡ LEGO CREATOR CONTEST – RULES: Your video must be a minimum of 15 seconds and a maximum of 45 seconds. No rendered entries are allowed, only entries showing physical models will be accepted into the contest. Note which LEGO Creator 3-in-1 set you’re using for your entry in your entry’s description. Do not show your hands in the video – instead let the model rebuild itself using stop-motion animation. Only use LEGO pieces from the LEGO Creator 3-in-1 set you’re using, do not use additional elements from other sets for your model. Use of non-LEGO elements, such as homemade stickers, rubber bands, or clay is prohibited in this contest. Entries must not contain LEGO elements which have been modified from their original form, including painted or cut elements. We encourage adding original sound effects/audio however, adding sound is not a requirement. Please only use music or sound effects you have created yourself or music available in a LEGO movie editor/music creator. All other music, even that under creative commons, is prohibited in this contest. Entries cannot contain containing copies of any existing third party work or creation, or infringements of any third party intellectual property right – be careful of posters or items in the background of your video. Your video should show only your model with minimum background clutter. Videos which are too blurry or dark will be removed from the contest. You can enter as many entries as you would like, but only one entry per person will be considered when winners are selected. Use of LEGO Digital Designer is not allowed for this contest. Entrants must be at least 13 years of age at the time of entry. You can read other terms and conditions here.

➡ LEGO CREATOR CONTEST – DEADLINE: Submit your entry no later than March 24th, 2017 at 10:00 AM EST. If you’re not sure what time zone you’re in you can use a time zone converter.

➡ LEGO CREATOR CONTEST – JUDGES: A panel of judges from the LEGO Creator team will select one grand-prize winner and two-runner up winners. They will judge entries upon: overall coolness and originality in video entry – 25%, most inspired details in video entry – 25%, attention to contest theme – 25%, best use of LEGO elements – 25%. 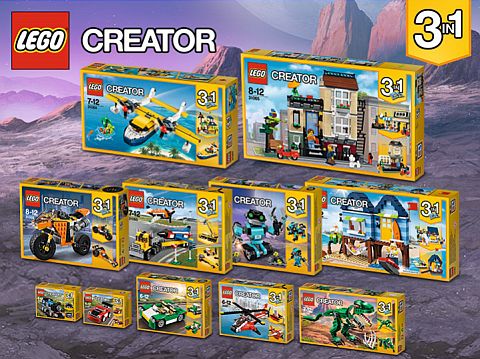 This is a great contest for those who like LEGO Creator sets and brickfilming. It seems like the emphasis is on the stop-motion video and not so much on creative building, so make sure you read and understand all the rules. And you can also check out the currently available LEGO Creator sets for inspiration under the LEGO Creator section of the Online LEGO Shop. 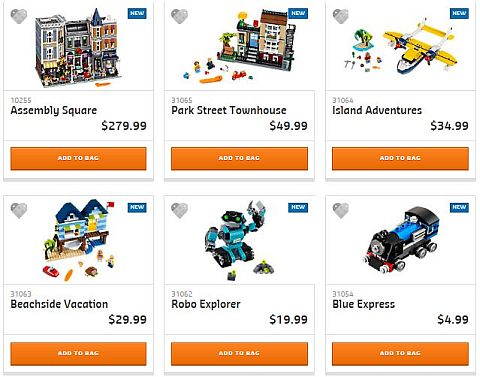 Also, I should mention that the entry deadline for the LEGO Brick in the Life contest for Beatles fans has been extended until February 10th, so right now there are two contests you can participate in. If you decide to enter either or both of them, we wish you the best and hope you win! 😉