While the LEGO Group is not a publicly traded company, they do release a financial report every year with interesting facts, numbers and insights. According to the 2016 report, which was published at the beginning of March, last year produced the highest revenue in the company’s 85-year history. You can read the full report here, and below I have included some of the highlights, so we can discuss. 🙂 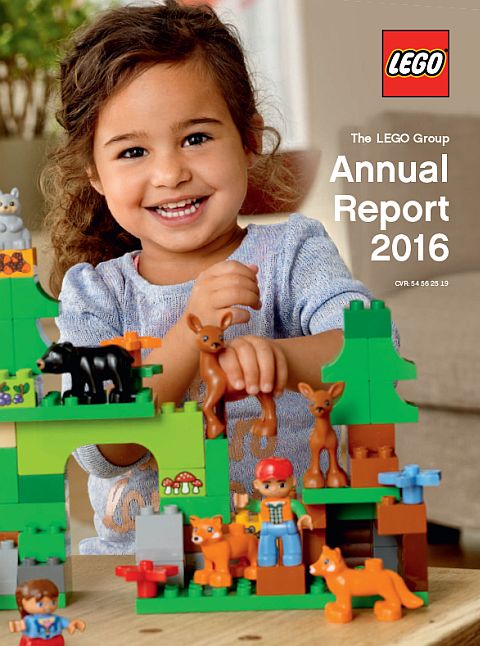 The total revenue for the company in 2016 was DKK 37.9 billion (approximately 5.4 billion USD), compared to DKK 35.8 billion for 2015. That’s a 5.5 increase (excluding the impact of foreign currency exchange). LEGO did make significant investments in 2016, most notably the LEGO House in Billund, and a new manufacturing facility in China. After all expenses, the net profit for the company was 9.4 billion DKK (approximately 1.35 billion USD), which is a slight increase from DKK 9.2 billion in 2015. LEGO paid DKK 3.0 billion in taxes on profit, which is unchanged from 2015. If you like numbers, you can get a more detailed breakdown in the 2016 Annual Report, and 2016 Financial Highlights Fact Sheet here. 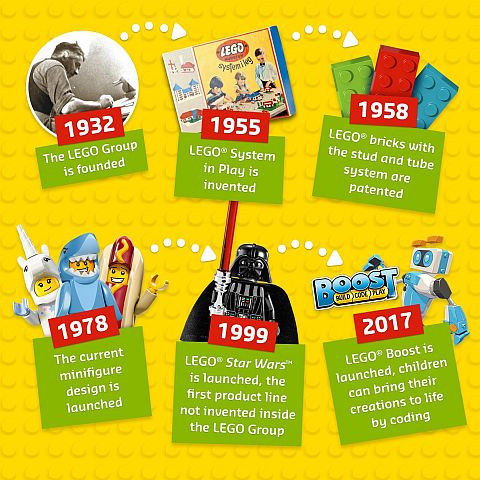 CEO of the LEGO Group, Bali Padda said, “We are satisfied with our performance in 2016. We had a strong first half of the year, while consumer sales growth in the second half was at more sustainable levels than previous years. We were encouraged by our performance in mature markets in Europe and continue to see strong potential in China, which represents an attractive growth opportunity. In the US, consumer sales were flat year-on-year despite a significant increase in marketing spend in the second half of the year. We will continue to work closely with our retail partners to identify new opportunities to innovate, drive growth and engage children in this important market.”

It’s interesting to note that while most major LEGO markets experienced growth in 2016, the increase was very unevenly distributed. Sales in North America were slightly down in 2016, as were sales in Japan. All European markets saw healthy high single or double digit growth rates, and the Chinese market continued its strong double digit growth. Hopefully, the release of The LEGO Batman Movie and The LEGO Ninjago Movie in 2017 will improve those number for North America. 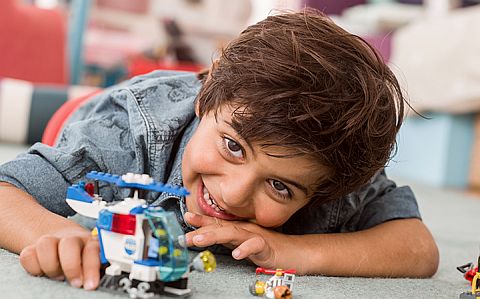 The top selling lines in 2016 were core themes like LEGO City, LEGO Star Wars, LEGO Ninjago, LEGO Friends, LEGO Creator, and LEGO DUPLO. The new theme, LEGO Nexo Knights, that combines physical and digital play through building sets, digital gaming and inspirational storytelling, was also a contributor to growth. Notice that besides LEGO Star Wars, all other best-selling themes are LEGO’s own IPs.

There are some other interesting facts included in the report as well. About 75 billion LEGO elements were sold in 2016 in 140 different countries. LEGO produced 730 million tires during 2016. The LEGO element produced in the largest numbers was the 1×2 plate – 2.7 billion were moulded in 2016. There were 67 colors and 3,700 different shapes in production during the year. LEGO.com has 18 million unique visitors per month, there are 4 million LEGO Club members, and 131 brand retail stores. During 2016, more than 600 LEGO products were available, including 335 new sets. There has been zero product recalls in both 2015 and 2016. A total of 16,836 employees worked for LEGO last year, representing 80 nationalities. This includes 250 set designers from 40 nationalities. 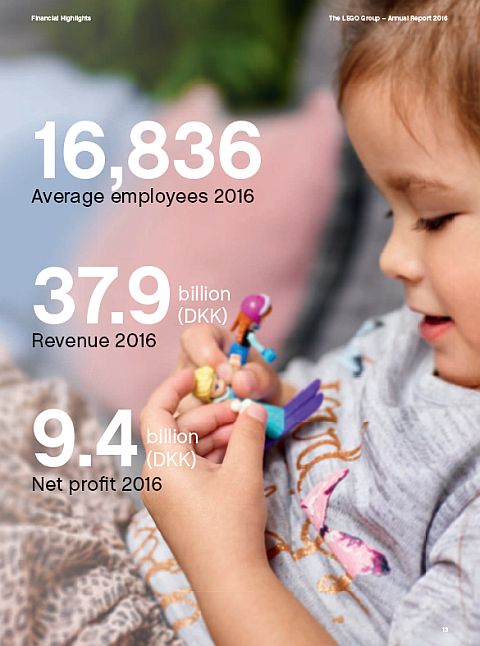 As you can see, LEGO has been doing quite well, even during less certain financial times in the already difficult toy market. As far as future plans, Padda said, “Our long-term ambition is to provide the opportunity for millions more children around the world to benefit from LEGO play experiences, especially in emerging markets. In 2016, we invested significantly in the talent and infrastructure to enable this sustainable, long-term growth.”

What do you think of LEGO’s annual report from last year? Did you notice any other interesting details? How do you think 2017 will turn out? Feel free to share and discuss in the comment section below! 🙂

Previous post: The Monster Series by The Brick Show