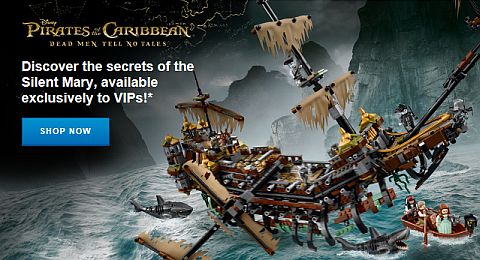 Since we last discussed the LEGO Silent Mary (see links at the end of this post), the official designer-video has been released, so now we can hear directly from LEGO designer Marcos Bessa, explaining some of the interesting features of the set, as well as the challenges that came up while making it. I have enclosed the video for you below.

As you can see in the designer-video, the LEGO Pirates of the Caribbean Silent Mary has no solid hull, so it is sort of floating over the surface, supported only by some clear LEGO elements. The main play-feature of the ship is that you can raise the hinged bow section and open the skeleton hull (like a big shark opening its mouth) to swallow up smaller ships. Quite dreadful if I might say so. Another play-feature is that one of the three masts is collapsible. Other than that, the ship is pretty much just for display. 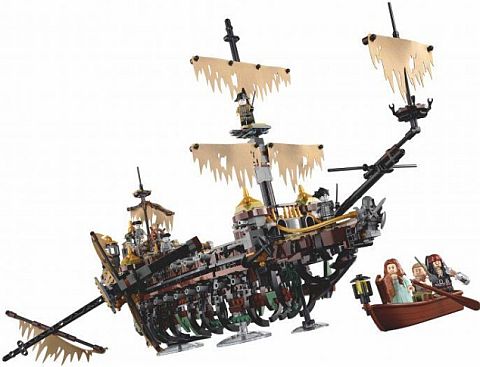 As JANGBRiCKS points out in his video-review (which I’m also enclosing below), it is quite disappointing that the interior of the ship is not accessible at all. Another point JANG brings up that I have to agree with is that while there has been much effort put into making the ship look decayed using some very nice building techniques, the brightness of all the gold embellishments is a bit too much for a haunted ship. Of course, you can replace some of the pieces, if you would like to make your ship look more menacing. A couple of examples that come to mind for a more muted – and perhaps bit more appropriate – color-scheme can be found on two versions of the Flying Dutchman; the first one is by Carl Greatrix, and the second one is by Sebeus (click on the names for full album). 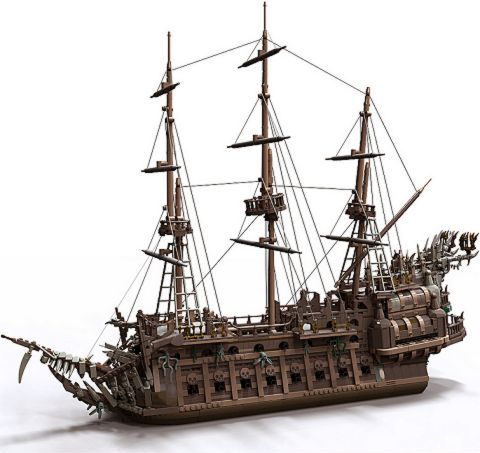 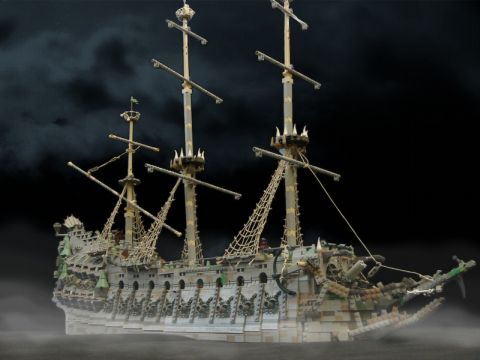 Besides those fairly minor issues, the LEGO Pirates of the Caribbean Silent Mary is definitely a daring attempt that stretches the boundaries of what is usually expected from an official LEGO set, and the final result looks very impressive. It is clear that LEGO designers put a lot of effort into making the set look as authentic as possible, which particularly shows up in the detailing and building-techniques. 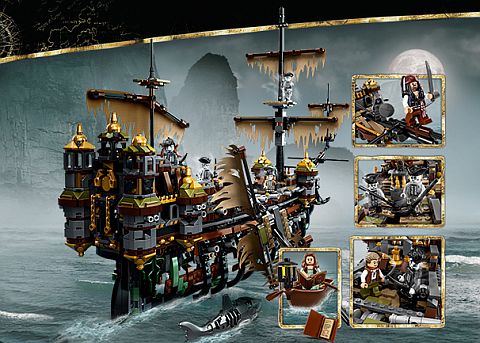 Another area where LEGO designers really got things right is in the minifigure lineup. Every single character is decorated to perfection. I’m particularly impressed with the new version of Jack Sparrow, and the printing on the clear elements for the ghostly characters. 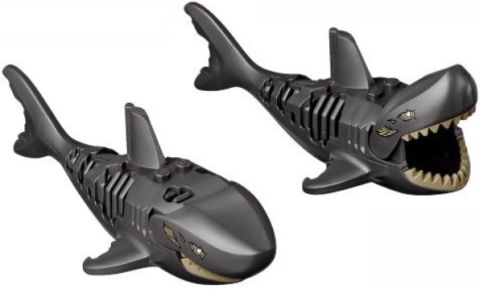 And then there are the sharks… I don’t think anyone would dispute that these are some of the best (if not the very best) sharks LEGO ever released. They are impressively big, and the decaying body with exposed ribs is brilliantly done (okay, I know shark’s don’t have real ribs, but here they still look cool). The sharks can swallow a minifig whole, and you can see the body through the ribcage. I expect to see lots of gruesome scenes done by LEGO fans with these sharks!

Here is the official description of the set: Bring the magic of Disney’s Pirates of the Caribbean to your home with this impressive replica of the Silent Mary ghost ship. This highly detailed LEGO model with over 2,200 pieces features a hinged bow section, opening skeleton hull with decay and destruction detailing, movable rudder, collapsible main mast and two further masts, long bowsprit with crow’s nest and mast, tattered sails, detailed quarterdeck, plus a rowboat with two oars and an array of weapons and accessory elements. This model provides a rewarding build and play experience, and the integrated stand makes it suitable for display in the home or office. Includes eight minifigures: Captain Jack Sparrow, Henry, Carina, Lieutenant Lesaro, Captain Salazar, Officer Magda, Officer Santos and the Silent Mary Masthead. The Silent Mary with the main mast in vertical position measures over 18” (48cm) high, 26” (68cm) long and 8” (22cm) wide, and over 14” (36cm) wide with the main mast collapsed. 2294 pieces. Price: $199.99 – BUY HERE

If you like LEGO pirate ships, ships in general, or if you are a fan of the Pirates of the Caribbean Movies, the Silent Mary can be a great addition to your collection. The ship also looks generic enough to be used as a shipwreck in LEGO dioramas with underwater or battle-scenes. 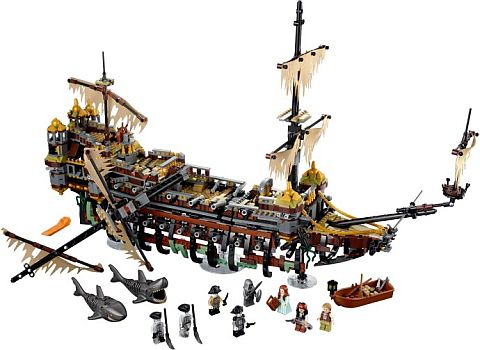 What do you think? Are you excited about the LEGO Pirates of the Caribbean Silent Mary? Do you have it already, planning to get it later, or are you going to pass on this set? What is your favorite and least favorite feature? And what do you think of the minifigures and sharks? Are you looking forward to the movie? Feel free to share your own review and thoughts in the comment section below! 😉