The LEGO Apollo 11 Saturn-V Rocket was originally submitted by LEGO fans whatsuptoday and saabfan back in the fall of 2014. The project achieved the required 10,000 public votes by the end of the following year, and it was announced to become the next LEGO Ideas set in the summer of 2016. We have heard almost nothing about the set since then, but a couple of days ago LEGO finally released the following teaser-image on their Facebook page. So let’s talk about it! 🙂 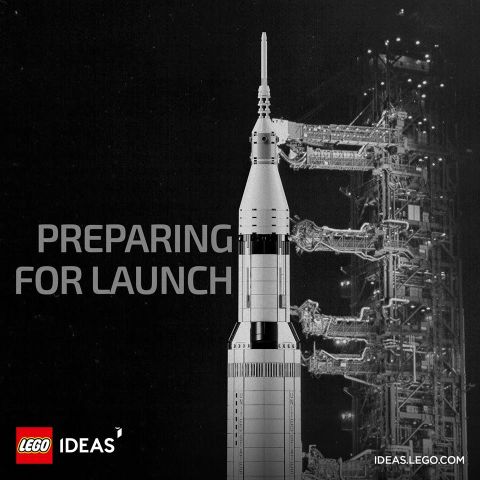 As you probably know already, LEGO Ideas submissions are created by LEGO fans, and if the project is chosen to become an official LEGO set, LEGO’s own designers will fine-tune the model to meet LEGO’s strict quality standards, while also remaining as faithful as possible to the original idea. 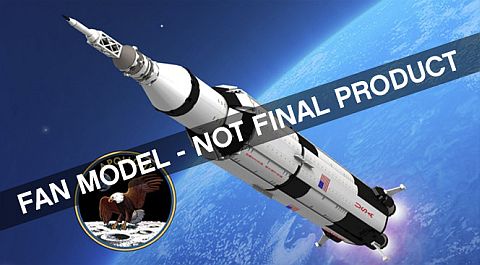 The original submission of the LEGO Apollo 11 Saturn-V Rocket is large… very large. The rocket is one meter (or 130 studs) high, which translates to an approximate 1:110 scale. This would make it the largest LEGO Ideas set to date, and the tallest LEGO set ever. Because of this, fans of the model feared that LEGO designers will shrink the model down to be more in line with previously released LEGO Ideas sets. However, the 1,179 piece-count did fit under the maximum threshold specified in the LEGO Ideas guidelines, which gave some hope.

Fortunately, it looks like any fears were unfounded, as looking at the picture, it is clear that this model is going to be enormous. While we can only see the top section, it is pretty obvious that LEGO didn’t shave down the size, and we are going to get a glorious one-meter high rocket! 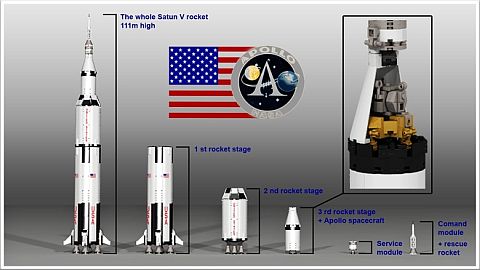 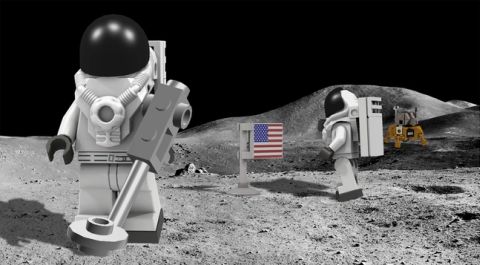 As the real-life Apollo 11 Saturn-V Rocket broke a number of records and is still one of the most amazing spacecraft ever built, it looks like the LEGO Ideas Apollo 11 Saturn-V Rocket is going to break a number of records as well. Even though we have only seen the top section so far, feedback from LEGO fans and the general public has been overwhelmingly positive. We can’t wait for this rocket to launch!

The LEGO Ideas Apollo 11 Saturn-V Rocket is going to be available sometime in June. In the meantime, you can also check out the currently available sets originally submitted by LEGO fans under the LEGO Ideas section of the Online LEGO Shop.

What do you think? How do you like the LEGO Ideas Apollo 11 Saturn-V Rocket? Are you excited? Feel free to share your thoughts and discuss in the comment section below! 😉