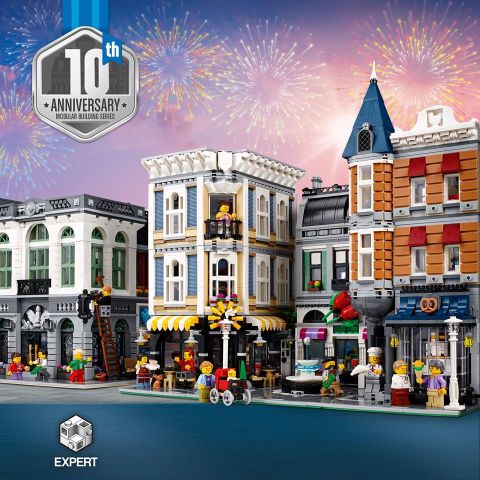 The LEGO Modular Buildings have had a long and very successful history, but there are also some twists and turns that you may have not known about. LEGO Creator lead designer Jamie Berard explains how the LEGO Modular Building collection started, how the LEGO Creator team gets inspirations and ideas for the projects, and what made them continue past the originally planned three buildings.

As you can see, there are a lot of really interesting details in this video. And it’s not just the history that Jamie shares. I kept pausing the video to see all the variations of the LEGO Modular Buildings displayed around him. Notice the different facades and color variations of the sets. Aren’t they awesome? I especially like the three versions of the #10190 LEGO Modular Market Street next to each other, the recolored #10218 LEGO Modular Pet Shop, and all the little tablescrap designs that LEGO designers may include in future LEGO Modular Buildings. Oh, and also all those cool scenes from The LEGO Movie with all the Modulars! 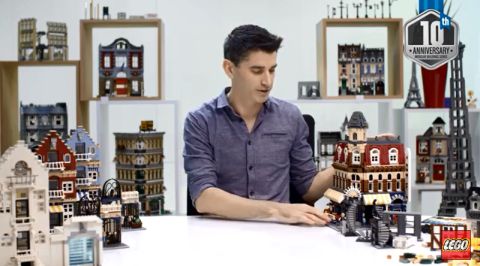 What do you think? Do you collect the LEGO Modular Buildings? Which one is your favorite? And what other sets would you like to see in the future? Did you notice any interesting details in the video? Feel free to share and discuss in the comment section below! 😉