You may have heard back in 2015 about a new LEGO game being made called LEGO Worlds. It was, at that point, a basic sandbox game, where players could explore seemingly endless terrain – essentially a LEGO version of Minecraft. A beta version of the game was released, and while the game had a number of interesting concepts and tools, there was not a huge amount of exciting content to it. However, LEGO released the full, complete version of LEGO Worlds at the beginning of March this year, and today I thought to share with you some of the cool features the game has now. 🙂 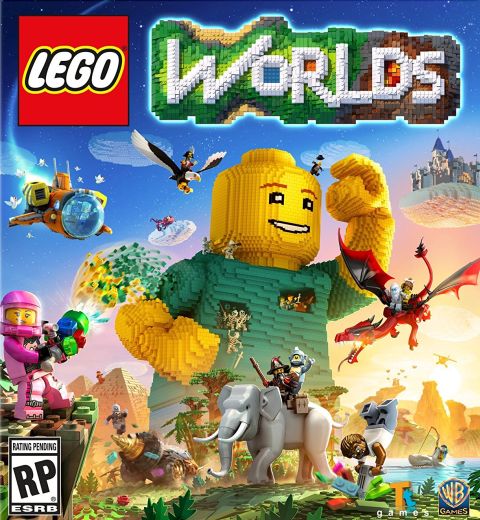 So what is LEGO Worlds? The LEGO.com/Worlds microsite sums it up nicely: “LEGO Worlds is a galaxy of imaginative worlds made entirely of LEGO bricks where players can explore, discover and create together!” Thus, there are three basic principles to the game – exploring the land, discovering objects, and building. This is all the content the beta version had, and everything was in one massive world. But now, there are many more worlds to explore, and much more to do in them, thanks to the introduction of Gold Bricks. 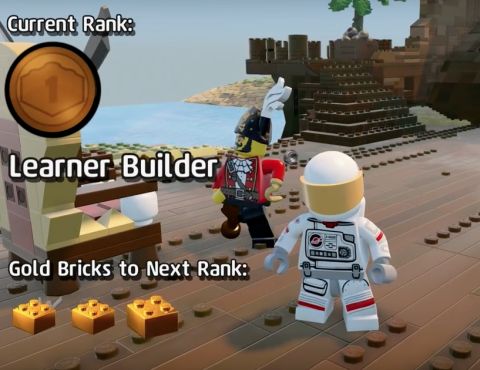 Unlike its beta version, LEGO Worlds now has a “story mode”, where the ultimate goal is to become a Master Builder, the highest builder rank players can achieve. Players start at the lowest rank of Learner Builder, and they earn higher ranks by obtaining Gold Bricks. In order to advance the story, players must collect a minimum number of Gold Bricks in each story-mode world. Gold Bricks can occasionally be found in large chests hidden around the world, but usually players can acquire them by completing special quests given by minifigures holding Gold Bricks. Other quests, given out by random minifigures and creatures in the world, sometimes require items that are only obtainable from other worlds. Once you complete a quest, you will often receive a “plan” for a prefabricated LEGO structure (called a Brick Build) from the quest-giver. These plans are also found in large chests. Additionally, you can unlock the character of the quest-giver once you finish their quest. (In the play-list below I have included the intro videos to the game, so you get an idea on how it looks.)

To help you complete these missions, there are five tools that you unlock as the story progresses. The Discovery Tool allows you to scan and collect new outfits, models, creatures, and vehicles, which you can then place anywhere. The Landscape Tool gives you the power to reshape the land around you by adding or deleting chunks of bricks. The Copy Tool makes it easy to take copies of things you find and also to duplicate your own creations; you can place these copies using the Discovery Tool. With a palette of almost all LEGO colors ever produced, the Paint Tool lets you change the color of anything in your world to whatever you choose. Finally, with the Build Tool you can build anything you want, one brick at a time, using a wide selection of LEGO pieces. These tools, along with a character customizer, an inventory (which stores items used as tools or weapons), and the Free Build Mode, make up the eight-part game wheel. Free Build Mode is especially useful for advanced players, as it lets you use and switch between all the tools without having to open the game wheel and provides some additional options that can help with more accurate placement. 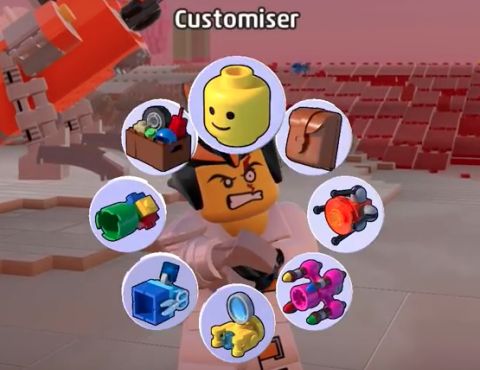 Another integral feature of LEGO Worlds is the Galaxy Map. The Galaxy Map shows the worlds you’ve been to, the world you’re on, and the worlds you’re yet to explore. Gold Bricks play a crucial role in accessing several features on the Map. The “Find a Random World” option requires 10 Gold Bricks to unlock, while the “Create a World” function requires 100 Gold Bricks to unlock. Collecting more Gold Bricks can also allow access to larger worlds, and there are four obtainable sizes that require 10, 25, 50, and finally, 80 Gold Bricks to be unlocked. Smaller worlds have just one biome, while larger worlds can have multiple. When a world is selected, the Galaxy Map will display a micro-scale preview of the world as well as the world’s Galactic Coordinate, a terrain generation code that I believe you can edit should you wish. Also, if you get stuck while in the world, the Galaxy Map provides a “Skydive” option, which teleports your character to the top of the world and lets him or her skydive back to the surface. 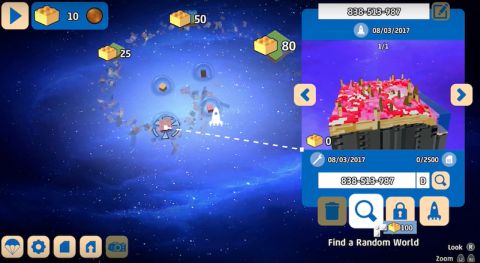 While there is plenty of exploring and building, the game has some action to it as well. At night, on many worlds, skeleton figures will pop out of the ground. If you hit one, all the skeletons in the area will start chasing you! There are also things like mining vehicles, dragons, and recently-added vehicles from the 2008 LEGO Agents theme that can be used to dig through or blast craters in parts of a world. Furthermore, there are little green monsters, called in the game “troublemakers”, that appear randomly carrying LEGO pieces; by tackling the troublemakers, you collect the parts they were carrying, and can then access those parts when using the Build Tool. 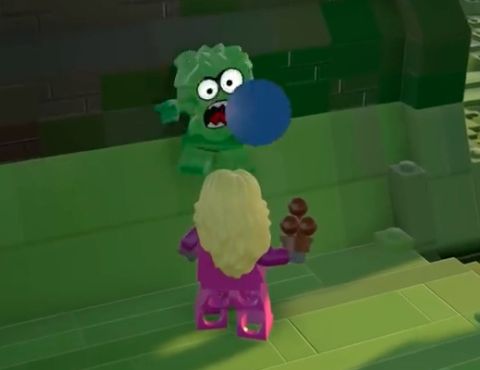 Overall, LEGO Worlds has nearly all the important elements for a great game: objectives, exploration, creativity, and action, topped with the added awesomeness of being built entirely out of LEGO. LEGO Worlds is currently available on three platforms: Windows PC (where the beta version was available), PlayStation 4, and Xbox One. All three platforms support two-player gameplay, either using local split-screen or online, although future updates may allow more players. A version for the Nintendo Switch will also be released in the future, but we have very little information about it. LEGO Worlds costs $29.99 in the US, and can be purchased from most game retailers. The PlayStation 4 and Xbox One versions are also available on Amazon: LEGO WORLDS ON AMAZON

So what do you think? Are you interested in LEGO Worlds? Do you intend to play it? And if you already have it, how do you like it? Feel free to share your thoughts in the comment section below. 🙂