➡ #71266 LEGO DIMENSIONS LEGO CITY FUN PACK: Help stop crime in the LEGO Dimensions multiverse with LEGO City’s Chase McCain. Build and place Chase on the LEGO Toy Pad to bring him to life in the game. Use his LEGO City Detective Scanner to track down bad guys and change his disguise to unlock more abilities. Become a Miner to break Silver LEGO bricks or a Fireman to use your Water Beam to put out fires. Unlock the LEGO City Adventure World to explore new areas like Blackwell’s moonbase and the LEGO City Police Department, and the Battle Arena to compete with up to 4 of your friends. Build Chase’s Police Helicopter to fire off bolts, then rebuild it into the Police Hovercraft and Police Plane for additional in-game abilities. Regular price: $11.99 – BUY ON AMAZON 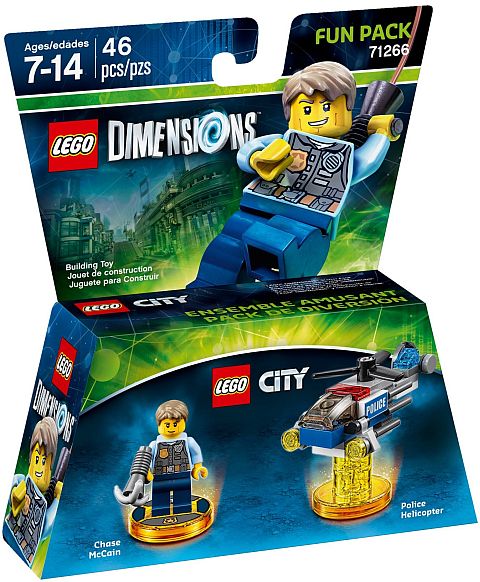 ➡ #71267 LEGO DIMENSIONS GOONIES LEVEL PACK: Hey, you guuuys! Help Sloth and Chunk escape the Fratelli hideout and join the rest of the Goonies on their search for One Eyed Willy’s treasure. Make a break from the Fratelli family as they chase you through the pirate ship, but don’t forget to dodge the traps! Build Sloth and use his Super Strength to smash through walls. For extra fun, play as Chunk and use his infamous Truffle Shuffle. Hop on to One-Eyed Willy’s Pirate Ship when you need a ride or play the Skeleton Organ to make your way out of the caves. Rebuild One-Eyed Willy’s Pirate Ship into Fanged Fortune and the Inferno Cannon, and the Skeleton Organ into Skeleton Jukebox and Skele-Turkey for added game play. Explore Mikey’s House, Inferno Cove, and the Goon Docks in the Goonies Adventure World, and compete with up to 4 of your friends in the Goonies Battle Arena. Regular price: $29.99 – BUY ON AMAZON 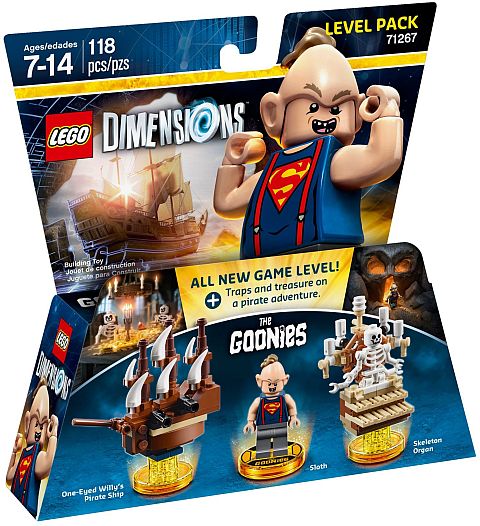 ➡ #71348 LEGO DIMENSIONS HARRY POTTER FUN PACK: Continue your wizarding adventures in LEGO Dimensions with your very own Hermione Granger Fun Pack. Build and place Hermione on the LEGO Toy Pad to bring her to life in the game where she can cast Wingardium Leviosa to levitate objects and Lumos to light up dark places. Unlock the Adventure World to explore locations in Hogwarts, Hogsmeade and Diagon Alley, and the Battle Arena to play any of the 4 Battle Modes. Build Buckbeak and use his Stomp Attack to smash Silver LEGO bricks, then rebuild him into the Giant Owl and the Fierce Falcon for additional in-game abilities. Regular price: $11.99 – BUY ON AMAZON 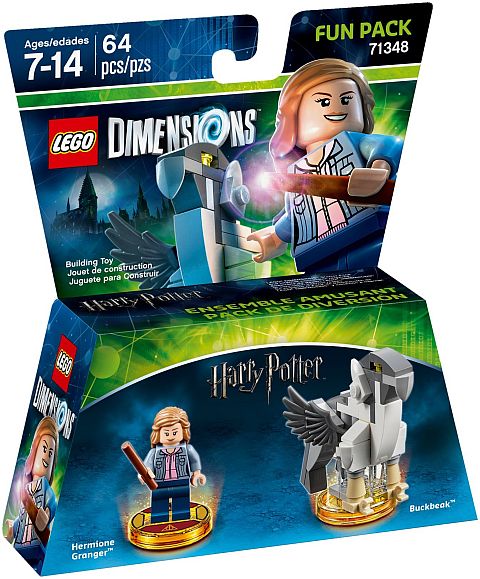 It’s nice to see Chase McCain back in action! Also, the Goonies character is unique to the set, as well as Hermione’s outfit. And as always, all the mini-builds that come with the characters can be rebuilt in three different ways. And of course, each of the sets unlock new adventures in the game. So, there is something for minifig collectors, as well as gamers. Below is a little trailer for the new sets and characters.

What do you think? Do you play the LEGO Dimensions game? How do you like it? Or do you just collect the packs for the minifigures and unique parts? And how do you like Wave 8 of LEGO Dimensions? Are you getting any of them? Feel free to share and discuss in the comment section below! 😉

Next post: Build LEGO Guardians of the Galaxy figures

Previous post: LEGO building animations by Beyond the Hod