There is one new set that sort of sneaked in at the beginning of the month all by itself in the LEGO DC Super Heroes category. The set is the #76075 LEGO DC Super Heroes Wonder Woman Warrior Battle. This is a particularly interesting set, because it offers the second brick-built and posable large minifig LEGO ever released (the first one came in the #76051 LEGO Marvel Super Heroes Super Hero Airport Battle released last year). And there is a lot of other unique details, so let’s take a closer look. 🙂 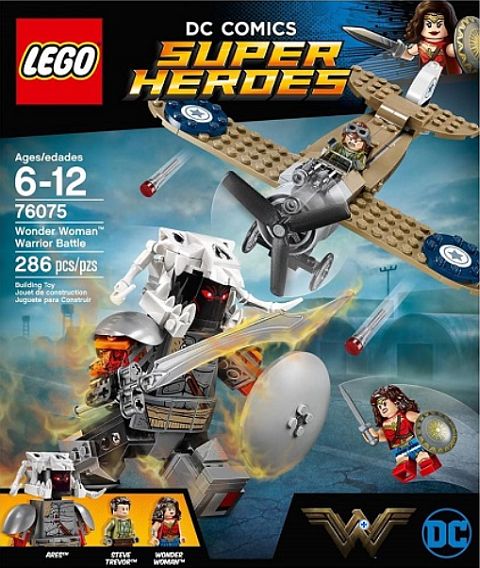 The official description of the set is as follows: Take off into an epic LEGO DC Super Heroes battle against the buildable Ares figure with his horned helmet, giant sword and shield. Use Wonder Woman’s superhuman powers and iconic sword and shield to tackle the mythical deity, then team up with pilot Steve Trevor in his fighter plane with flick-missiles. Includes 2 minifigures: Wonder Woman and Steve Trevor, plus buildable Ares figure. Fighter plane measures over 2” (6cm) high, 6” (17cm) long and 7” (20cm) wide. Ares figure stands over 5” (13cm) tall. 286 pieces. Price: $29.99 – BUY HERE 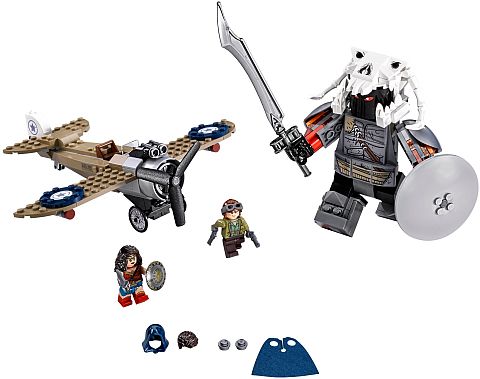 As I mentioned at the beginning, this is the second set with a large buildable minifigure, after the #76051 LEGO Marvel Super Heroes Super Hero Airport Battle (still available at the Online LEGO Shop) with Giant Man. I quite like these large figures as they have similar proportions and articulation as regular minifigs. Also, because they are brick-built, they can be customized easily. The most essential part of both large figures is the face, made up of curved panels with printed designs. All other decorations are stickers. I really hope that LEGO will release a generic minifig at the same scale in the future. It would be fun to play with. 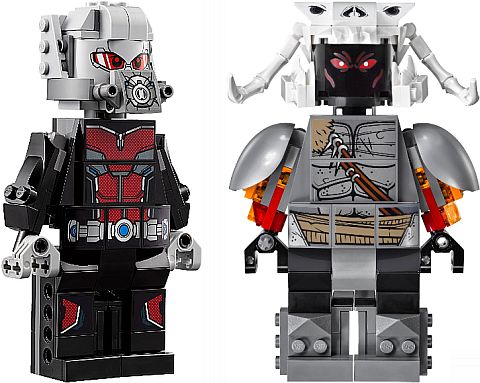 The second unique feature of the #76075 LEGO DC Super Heroes Wonder Woman Warrior Battle is the fighter plane. LEGO rarely releases military planes, so this set should be popular with collectors interested in WWI and WWII style planes. While the plane is small, it actually has a really nice design, and the color-scheme is perfect. I also like the use of bicycle wheels at the front, which gives the plane a charming old-fashioned look. 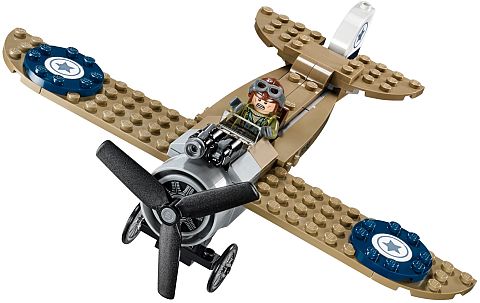 There are two regular minifigures in the set; Wonder Woman and Steve Trevor. Wonder Woman wears a very similar outfit as in the #76046 LEGO DC Super Heroes Sky High Battle, but with brighter colors. Also, notice her beautifully printed shield. It is a different design than in the previous set, and would be perfectly suitable for all kinds of warriors and gladiators. Steve Trevor comes with a very nice aviator jacket that could be used for other minifigs as well. 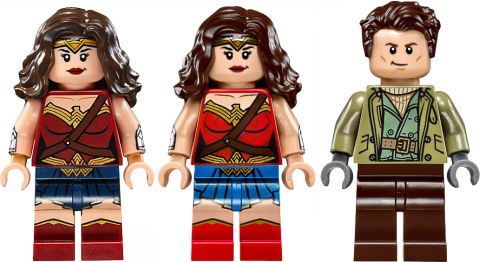 Below is a full review of the set by Stephen from the BrickShow, so you can see the set and the minifigures in more detail.

In summary, it is pretty obvious that the #76075 LEGO DC Super Heroes Wonder Woman Warrior Battle doesn’t just offer something unique for DC Universe fans, but also includes a nice little military plane and some interesting pieces that can be used in other applications. The set is also excellent if you would like to learn the techniques for building large brick-built minifigs. And all of this for only $30 is a great deal! If you are interested, see the LEGO DC Super Heroes section of the Online LEGO Shop. 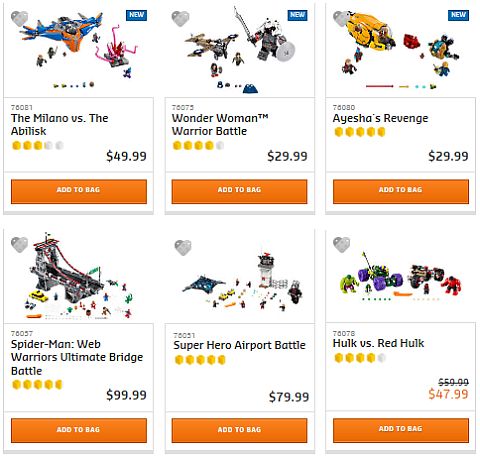 What do you think? How do you like this LEGO DC Super Heroes set? Do you have it already, or plan to get it? What do you think of the giant figure, the regular minifigs, the accessories, and the military plane? Feel free to share your thoughts and own review in the comment section below! 😉

Next post: LEGO building animations by Beyond the Hod