Last week Vox Media released a very interesting documentary about how fan-created stop-motion films shaped The LEGO Movie and other official LEGO animations. The LEGO Movie was not just an amazing animation feat, but it was also built on the legacy of homemade fan movies. Throughout The LEGO Movie, there are many subtle and not-so-subtle references to the sometimes-inspiring, sometimes-confusing relationship between the LEGO company and their fans. 🙂 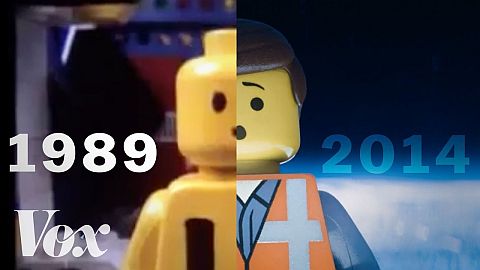 When you watch installments of the Warner Bros. line of LEGO movies (The LEGO Movie, The LEGO Batman Movie, and the upcoming LEGO Ninjago Movie), it’s hard not to be struck by how realistic the animation is. It isn’t quite traditional stop-motion, but it sure looks as if it could be. In fact, there was quite a bit of debate amongst fans when The LEGO Movie trailers came out. Some people thought the movie was going to be all stop-motion, some people said it was all CGI, while others believed it was a mixture of both. 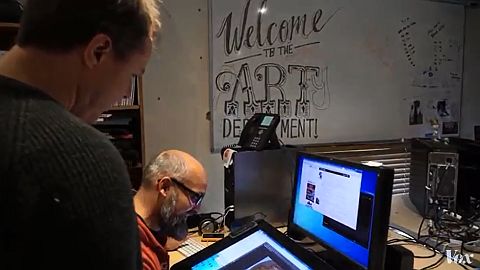 According to Grant Freckelton, production designer at Animal Logic, a Sydney-based visual effects studio that worked on all three of the movies, the films are almost completely CGI. However, while previous official LEGO films fought against the characteristics of the physical toy itself and it was obvious that CGI was used, animators at Animal Logic respected these perceived limitations and embraced the rules of stop-motion animation.

Animal Logic animators working on The LEGO Movie, The LEGO Batman Movie, and The LEGO Ninjago Movie spent a lot of time studying fan created stop-motion films to discover what made them so charming. It turns out that they are so good because they are so simple. Since the early 1970s, kids have made home movies with their own LEGO sets, some very basic equipment, and stop-motion animation techniques that they discovered along the way. The documentary references many of these early brickfilms, as you will see below (just hit the play button to watch).

Because of the CGI animation that faithfully mimics stop-motion films, you can freeze-frame pretty much any part of The LEGO Movie, look at the scene and build it at home from real LEGO bricks. That’s very impressive! I really like this quote from the documentary: “We were always trying to echo and hark back to how a child might make a film. So we would alternate between thinking like responsible filmmakers working on a large-budget Warner Brothers animated film, and then we would suddenly approach a scene as if we were like a kid animating in their basement.”

It was also interesting to hear about the two young Danish cousins who shot a short film called Journey to the Moon for the 50th wedding anniversary of their grandparents. This film is still widely considered to be the first time anyone made a motion picture with LEGO bricks. As this was in 1973, they didn’t even have minifigs to work with! When the two boys sent their movie to the managing director of the LEGO Group, they were rewarded with a tour of the LEGO factory and sent home with large LEGO sets. There are a number of references to Journey to the Moon in The LEGO Movie, including the playful non-stop motion interludes (i.e. levitation via fishing line), which were part of Journey to the Moon long before they appeared in The LEGO Movie. 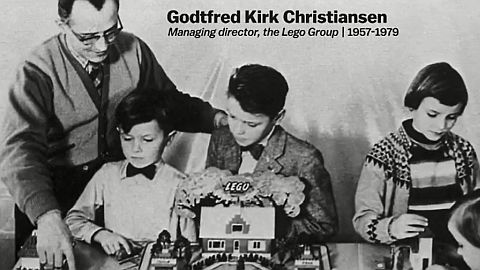 However, as explained in the documentary, LEGO didn’t always have the most positive reaction to homemade fan films. Between 1985 and 1989, a teenage animator named Lindsay Fleay worked on a 16-minute short called The Magic Portal. He used borrowed equipment to shoot it in his parents’ basement. Before entering festivals and competitions, Fleay sent the film to LEGO to see if they were interested in doing something with it. At first, LEGO responded with a letter of approval, but soon, the company started expressing legal concerns and issued a letter demanding Fleay to surrender all copies of the film within seven days. LEGO ultimately backed down, but Fleay had already missed out on most major film festivals by then. Fleay actually went on to work at Animal Logic, but left before production on LEGO projects began. However, his movie had a huge influence on the world of brickfilms. As stated in the documentary, “If you look at the live-action portion of The LEGO Movie, you’ll see Finn, the little kid, holds up a sort of cardboard tube and across the side is written Magic Portal.” Even the final break from the LEGO world into the real world to meet a human creator parallels The Magic Portal really closely. 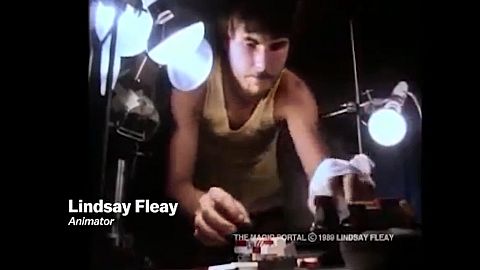 The last part of the documentary is also very touching, when Emmet from The LEGO Movie is quoted saying “Look at all these things that people built!” with four fan-created clips and shorts. Even though it’s easy to miss this scene on-screen, it is a wonderful tribute to fan films. And, as it said in the documentary, The LEGO Movie embraced the idea that amateur creators matter, and sometimes the way they handle source material is far better than the way major studios are used to doing it. That’s so true! 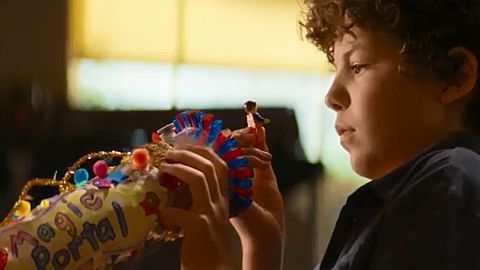 It’s hard to imagine what The LEGO Movie would be if it weren’t for the legacy, dedication and experiments of LEGO fans and brickfilmers. This documentary can make you appreciate The LEGO Movie even more, and it’s fun to look for all the hidden Easter eggs that reference fan films. In case you are interested to check them out, here is a list of some of the brickfilms referred to in the documentary:

What do you think? How did you like this look at how fan films shaped The LEGO Movie? Did you learn any interesting details that you weren’t aware of before? Are there any other Easter eggs you have noticed in the film? Feel free to share your own findings in the comment section below! 😉