The LEGO Batman Movie was released on DVD and Blu-Ray just a couple of days ago. Both versions include some special features, including four new original animated shorts, four deleted scenes, and six featurettes. If you enjoyed the film, this is your chance to own it and watch it whenever you like. Below are some additional details. 🙂 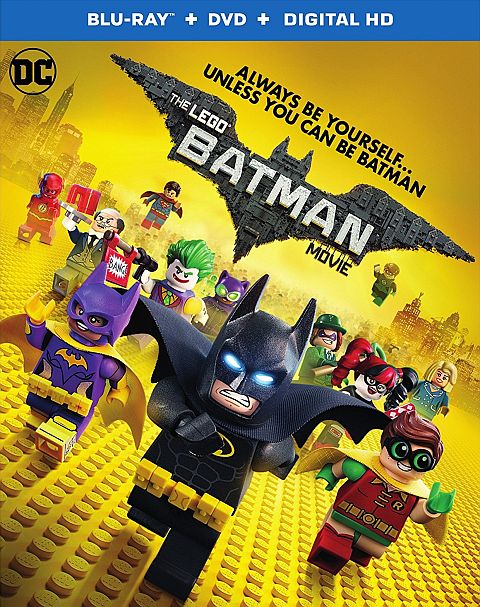 In the irreverent spirit of fun that made The LEGO Movie a worldwide phenomenon, the self-described leading man of that assemble – LEGO Batman – stars in his own big-screen adventure. But there are big changes brewing in Gotham, and if he wants to save the city from The Joker’s hostile takeover, Batman may have to drop the lone-vigilante thing, try to work with others and maybe, just maybe, learn to lighten up. 104 minutes of LEGO Batman fun! 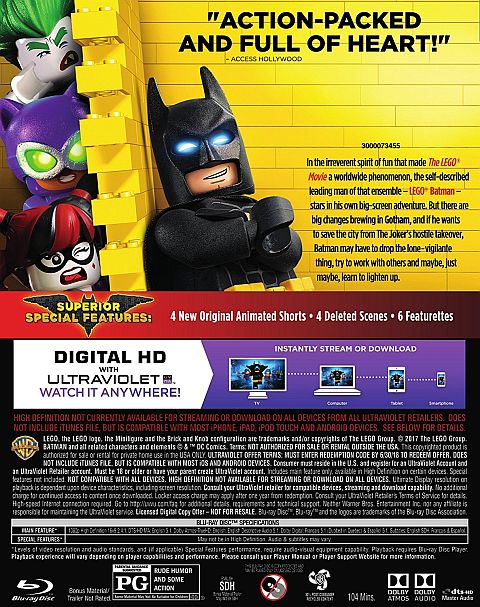 Special features include the original animation shorts “Dark Hoser”, “Batman is Just Not That Into You”, “Cooking with Alfred”, “Movie Sound Effects: How Do They Do That?”, and “The Master: A LEGO Ninjago Short”. Other special features include “One Brick at a Time: Making The LEGO Batman Movie”, “Rebrick Contest Winners”, “Inside Wayne Manor”, the original movie trailers, director and crew commentary, and more.

Both the DVD and the Blu-Ray version are available at various retailers like Target and Wal-Mart, and you can also get it online on Amazon.com. Below are the links:

Owning the DVD/Blu-Ray version of The LEGO Batman Movie is a great way to enjoy the film, and also to pick up all the little details that you might have missed when watching it at the theatre. And if you are really liked the film, I also highly recommend the book titled The LEGO Batman Movie: The Making of the Movie. It is full of interesting background information, sketches and other details about how the movie and the related LEGO models were made. See review here: The LEGO Batman Movie Books from DK