E.T. the Extra-Terrestrial was an immediate blockbuster when it was first released in 1982, and is still considered one of the greatest science-fiction films of all time. Produced and directed by Steven Spielberg, the film captured the hearts and imagination of the generation growing up in the 1980s. Interestingly, even though E.T. includes everything from a spaceship to aliens to kid-friendly adventures, it is rare to see a LEGO creation based on the film. LEGO themselves only released one small set; the #71258 LEGO Dimensions E.T. Fun Pack, with E.T. and the iconic red telephone. 🙂 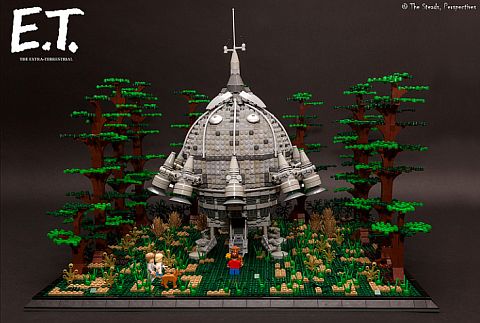 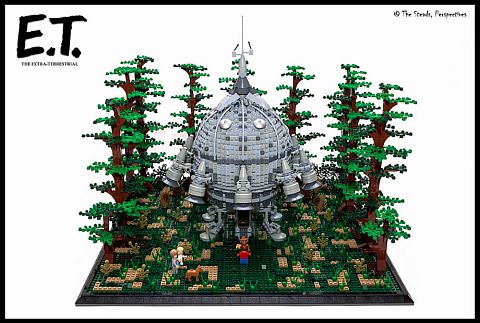 While LEGO never gave us a proper set related to the film, at least we got an E.T. minifigure in the LEGO Dimensions Fun Pack, which inspired LEGO fans Jon and Catherine Stead to pay proper respect to the iconic movie. The two of them built the final scene from the film, where Elliott – watched by his older brother Michael, younger sister Gertie, and family dog Harley – bid farewell to E.T. at the doors of the spaceship. E.T. leaves Elliott after pointing to his heart and saying “I’ll be right there…” – which, of course, made everyone in theatre tear up. 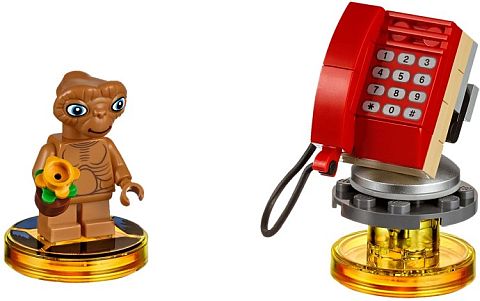 According to Jon and Catherine, this LEGO creation was built on a 68×68 stud base. The spaceship itself weights about 1.45kg, and stands 45cm high with a diameter of 30cm. They share that the landing feet were a big challenge to build because of the large mass of the spaceship. The trees stand about 38 cm tall. While E.T. himself is from the above-mentioned LEGO Dimensions Fun Pack, the rest of the minifigures were custom built from various LEGO minifig parts by Catherine. 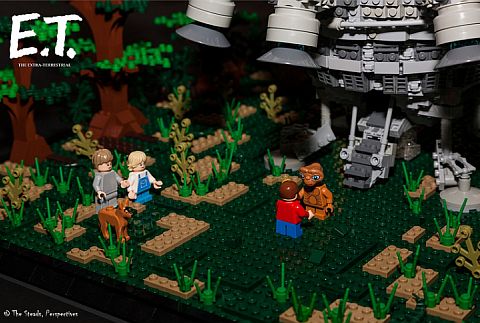 Above are a few additional angles of the whole diorama. Notice that the spaceship uses both old light-gray and new light-gray LEGO elements, which is a combination normally seen in LEGO castle creations. The subtle variation in color gives the spaceship a worn look. And below is a picture of the whole gang; E.T., Elliott, Michael, Gertie, and Harvey. You can find additional images in Jon and Catherine’s flickr gallery. 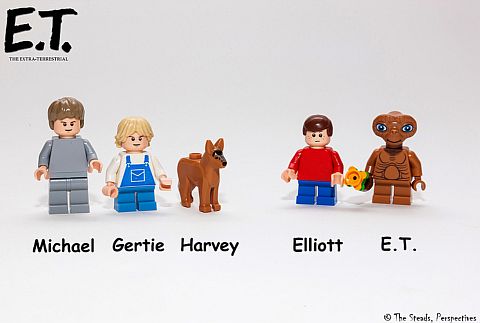 I was really happy to see this LEGO creation, as E.T. is rare to see in LEGO. I highly recommend checking out the close-up pictures because there are so many wonderful little details to discover. And if you would like to get the #71258 LEGO Dimensions E.T. Fun Pack, check on Amazon, as it is already sold out directly from LEGO. Here is the link: LEGO DIMENSIONS E.T. ON AMAZON

What do you think? How do you like this LEGO E.T. diorama? Did you ever built anything related to the movie? Feel free to share your thoughts in the comment section below! 😉