Game of Thrones is an immensely popular television series with a medieval fantasy type storyline, beautiful settings, and complex characters. Much of the saga is played out at the Red Keep; the residence of the King of the Andals and the First Men, his family and his court. Within the Red Keep is the massive throne room called the Great Hall, with the Iron Throne at its centerpiece. A great setup for a great story… 🙂 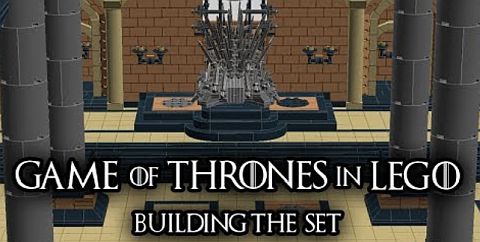 Game of Thrones is also a perfect source-material for LEGO fans who like to work with medieval and fantasy settings and characters. One of the most impressive creations I have seen is by a LEGO fan Tusserte, who made a LEGO replica of the Red Keep’s throne room and the Iron Throne. In the video below, Tusserte will show you all the details of his beautiful creation.

Really nicely done, isn’t it? The attention to detail is amazing. You can tell that Tusserte spent many hours looking at film footage and using the free LEGO Digital Designer software to faithfully recreate every little detail. Having easily interchangeable windows and columns was a great idea to keep up with the changes in the different seasons of the show. It’s also nice to see the cheese-slope mosaic techniques (first developed by Katie Walker) to make those beautiful stained-glass windows. 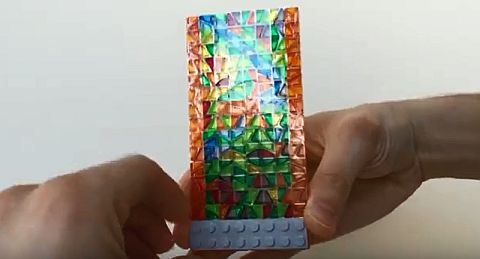 In the following video, Tusserte goes into more detail about how he used LEGO Digital Designer to plan out his model. He also discusses the computer program he wrote to make designing the stained-glass windows easier, and some other tricks used throughout the building. As Tusserte didn’t have much LEGO bricks to begin with all the necessary parts were purchased through BrickLink.com (the online LEGO marketplace), and LEGO’s own Pick-A-Brick online store where you can buy currently produced LEGO elements by the piece.

While it is not uncommon to see amazing large LEGO creations both online and at various LEGO conventions, it is rare to have a behind-the-scenes look at how they were built. However, videos like this can offer a lot of tips, tricks and inspiration. This can be very helpful to other LEGO fans who are attempting to work on such a large project. 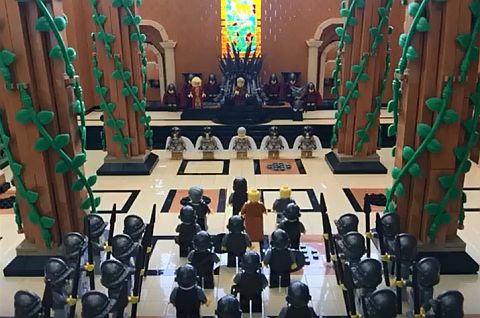 What do you think? How do you like this Game of Thrones project? Have you ever built something this big? Or, are you planning to? Did you pick up any interesting ideas or tips from the videos you could use in your own creations? Feel free to share and discuss in the comment section below! 😉