Just a reminder that the #21137 LEGO Minecraft Mountain Cave set is now available for LEGO VIP members. General release is going to be next month. This is a massive set with over 2,860 pieces and the largest LEGO Minecraft set ever released. The set is also an excellent source of basic LEGO elements, including a large number of sand-green plates. Below is the full description and designer-video, so you can check it out in more detail. 🙂

As you can see, the set is huge, but also very stable due to the LEGO Technic frame and lots of basic LEGO elements that are solidly locked together. The rail and the elevator seems to be working well, and that big gaping cave inside looks like a fun place to play. 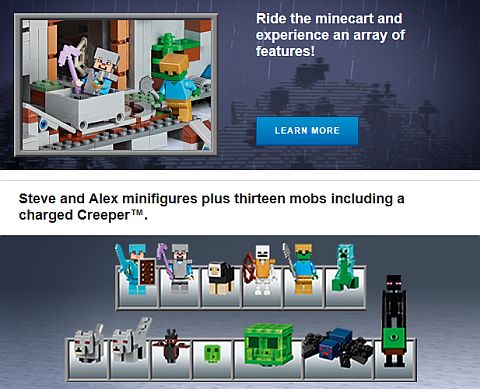 The large assortment of minifigures and mobs make this the ultimate LEGO Minecraft set, however if you want to, you can also connect it to other sets in the LEGO Minecraft collection for an even larger layout. And just like all previous LEGO Minecraft sets, the set is modular, so you can easily move pre-built sections around for a different look. 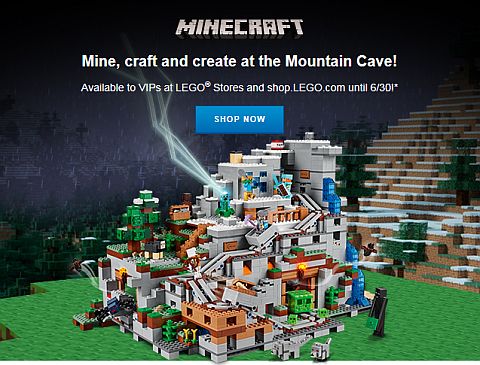 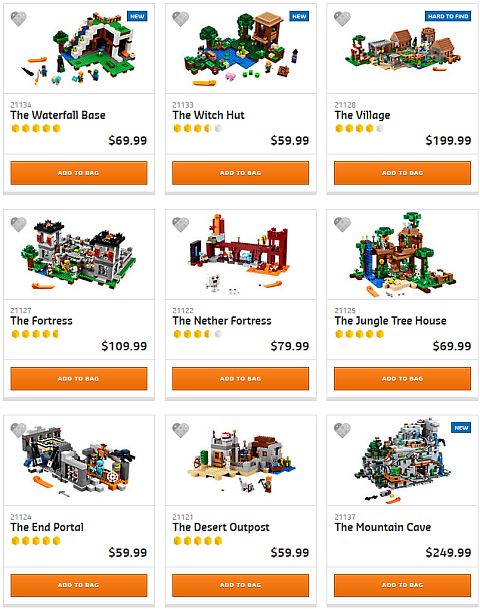 What do you think? How do you like the LEGO Minecraft The Mountain Cave? Do you play the game? And do you have any of the other LEGO Minecraft sets? Feel free to share your thoughts and discuss in the comment section below! 😉