A large number and great variety of LEGO Star Wars sets were released at the beginning of the month, including new LEGO Star Wars Battle Packs, regular LEGO Star Wars sets, LEGO Star Wars large buildable action figures, and sets related to the LEGO Star Wars: The Freemaker Adventures story. Below, I have included some of my own thoughts on the sets, as well as video-reviews by JANGBRiCKS, so you can see all the sets in more detail. So let’s take a look. 🙂 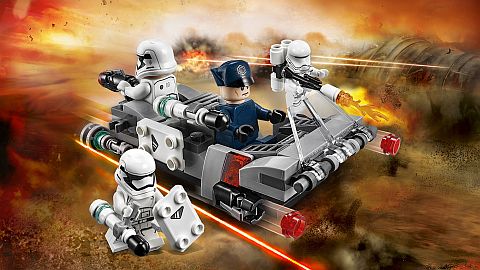 ➡ 2017 LEGO STAR WARS REGULAR SETS: There are a number of really excellent sets in this wave, and because none of them are particularly large, they are quite affordable. The #75178 LEGO Star Wars Jakku Quadjumper from Star Wars: The Force Awakens is probably the most interesting both in terms of design and color-scheme. Even if you are not into Star Wars, this is a great set just for spaceship parts! The #75180 LEGO Star Wars Rathtar Escape is an other interesting set, depicting an action-packed scene from Star Wars: The Force Awakens. Make sure you watch the video-review below to see how it all works. 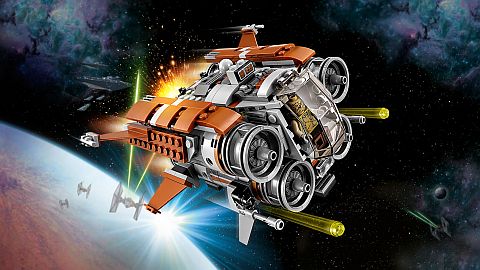 The #75182 LEGO Star Wars Republic Fighter Tank is a more classic looking LEGO Star Wars set from the Star Wars Expanded Universe (now referred to as Star Wars Legends). It’s nice to see Aayla Secura again! One of the most talked about new sets has been the #75183 LEGO Star Wars Darth Vader Transformation featuring a pivotal scene from Star Wars: Episode III. The transformation mechanism is simple, but quite effective. The #75191 Star Wars Jedi Starfighter with Hyperdrive is another classic set from Star Wars: Episode II. In the video-player below, you can see all five sets in more detail. Either watch the videos one after another, or use the drop-down list in the upper-left corner of the player to make a selection.

➡ 2017 LEGO STAR WARS FREEMAKER ADVENTURES: LEGO Star Wars: The Freemaker Adventures turned out to be a quality and really fun show, so now we are getting two more sets related to this Star Wars spinoff. The #75185 LEGO Star Wars Tracker I features an imposing tri-wing spacecraft and a buildable Probe Droid (those things always creep me out!), and three minifigures; Rowan, Emperor Palpatine and an M-OC Hunter Droid. The #75186 LEGO Star Wars The Arrowhead is a pretty normal looking starship, until you discover that battering ram at the front! The minifigures include the rest of the Freemaker siblings, their droid, and a lone Stormtrooper. Watch the video-reviews below to see all the features of these unique sets.

➡ 2017 LEGO STAR WARS LARGE BATTLE FIGURES: The large battle figures LEGO introduced a couple of years ago either look super weird or super awesome. Fortunately, in this wave we get two of the best looking ones; the #75531 LEGO Star Wars Stormtrooper Commander, and the #75332 LEGO Star Wars Scout Trooper & Speeder Bike. The Scout is probably the best large battle figure set LEGO ever released. In the video-player below you can see both sets in more detail.

The Star Wars sets in this wave are quite an interesting mix, which I think is a good thing. There is something for everyone, whether you like the new movies or the classics. The designs are solid, and the parts are very interesting even for non-Star Wars fans. In addition, all the sets are in the small to medium range, so none of them are particularly expensive. You can find all the sets at the LEGO Star Wars section of the Online LEGO Shop. 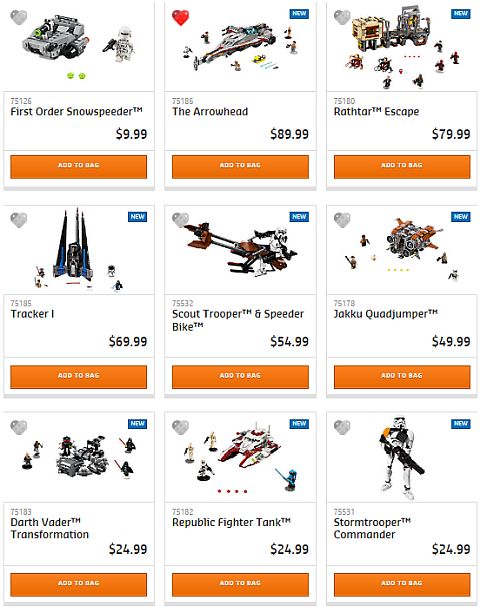 What do you think? How do you like the 2017 summer wave of LEGO Star Wars sets? Do you have a favorite? Are you planning to get any of them? Or do you have some of them already? Feel free to share your thoughts and own review in the comment section below! 😉