i-Brix LEGO lights without wires are back!

You might remember i-Brix from a couple of years ago (see: i-Brix – LEGO Lights Without Batteries & Wires). Many LEGO fans supported the project at that time and really wanted it to succeed, but the fundraising goal to launch the product was just too high, and there were also some kinks to work out in terms of safety regulations, and the distance the lights could work. Since then, Dustin Culton, the inventor behind i-Brix, continued working on and improving i-Brix, and now the project is back on KickStarter with a substantially lower fundraising goal that is already half-way reached. And there is still more than a month to go! 🙂 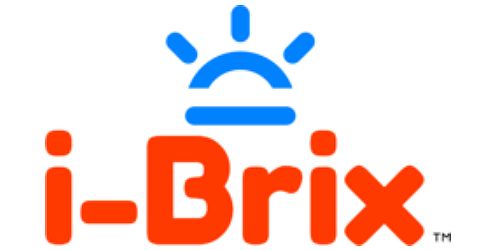 i-Brix is the first and only patent-pending wirelessly powered lighting system designed to be used with LEGO building components. It requires no batteries or wires in the bricks, giving you full freedom to build. The technology is similar to wireless cell phone charging, however it does not require direct contact with the charging surface. Also, the system is transmitting power real-time and therefore doesn’t actually charge the bricks. 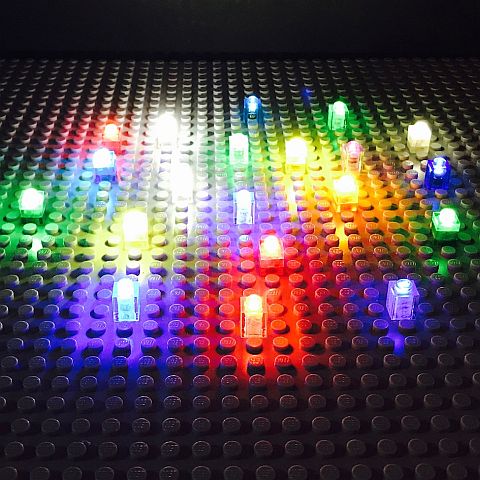 i-Brix has two components; the 10×10 inch Power Plate, and the i-Brix 1×1 transparent bricks with a LED light and receiver. The Power Plate can be placed underneath regular LEGO baseplates, and the 1×1 bricks are powered wirelessly from the Power Plate when positioned up to 8 inches above it. This is the first and only wirelessly powered system to feature this technology and also work at a distance! 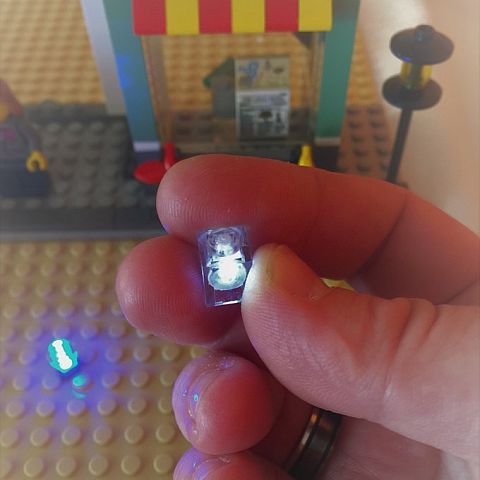 The fact that the i-Brix can be lit up without wires is amazing in itself. For example, you can light up your LEGO city, space station, or enchanted forest simply by placing the Power Plate under the baseplates, and adding the i-Brix transparent bricks wherever you want inside and outside the buildings, without having to route and hide wires. And there is another, even greater advantage; you can use the i-Brix bricks to light up moving vehicles! One of the major problems with wired systems has always been that they could not be used for small vehicles, because the battery-box had to be somehow hidden inside the vehicle for it to still remain mobile. With i-Brix you don’t have to do that. As long as the vehicle is placed on or hovers over the Power Plate, the lights will work! 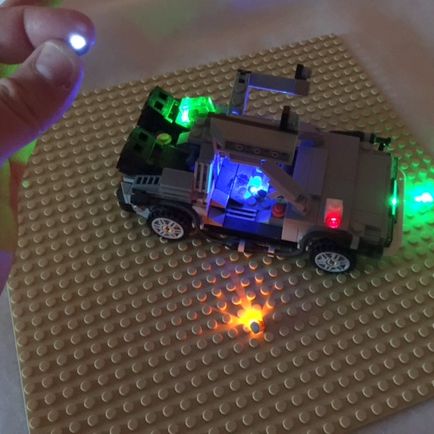 Dustin shares the following about the project: “As a kid, I would string incandescent Christmas light strands around my LEGO sets. (Hey, you work with what you can!) This was obviously not ideal, but plain clumsy, messy and not too attractive. As I grew into my AFOL (Adult Fan of LEGO) role, I started looking at the ability to add lighting in a better way – it shouldn’t require a bunch of wires, drilling, battery enclosures, etc. You should be able to add lights to your buildings without all of these potential nuisances. My goal was to make lights for bricks that could fit into one of the smallest enclosures possible, so that you could have the most flexibility when adding them to a model.” 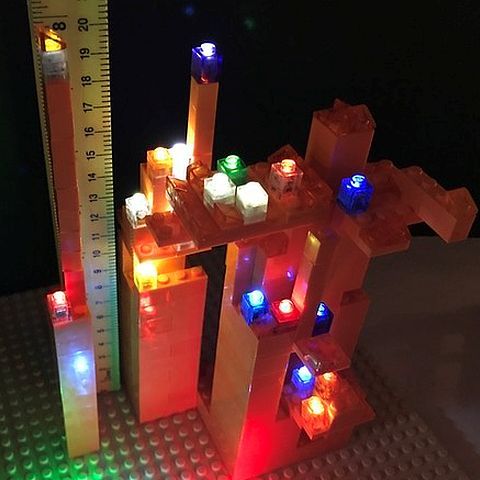 Just like many other LEGO fans, I was very excited about this project a couple of years ago, and it was disappointing that it didn’t reach its fundraising goal at that time. It’s great to see that Dustin didn’t give up, but continued to refine and improve the product, and brought it back with even better features and a much lower fundraising goal. That’s serious dedication! On the i-Brix website Dustin says: “One thing that we want our fans and followers to know is that unlike many other KickStarter campaigns, our product has been through several review stages, including multiple design and engineering refinements. We have even completed an FCC prescan to meet safety regulations (which it passed). We chose to do these tests before the KickStarter campaign, not after we collect funds from our supporters. We are taking the time and steps to make sure we introduce the best possible product available, which includes proper testing and thorough research.” 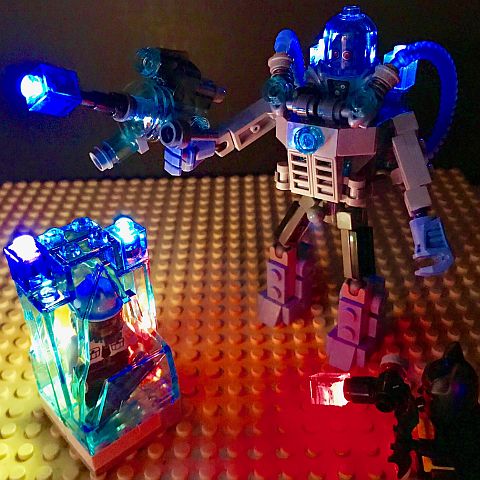 The KickStarter funding will be used for the following: 1.) Wrapping up any loose ends with the first and only patent-pending wirelessly powered lighting system available 2.) Mold fabrication for the i-Brix bricks that will hold the LED core, as well as actual brick manufacturing 3.) Transmitter and receiver production and assembly 4.) Finalization of engineering work and final product testing 5.) PCB production that holds the electronic components, including the LEDs 6.) Packaging for each i-Brix product 7.) FCC certification – i-Brix already passed an FCC prescan to ensure FCC compliance 8.) Fulfilling all backers of the KickStarter campaign! 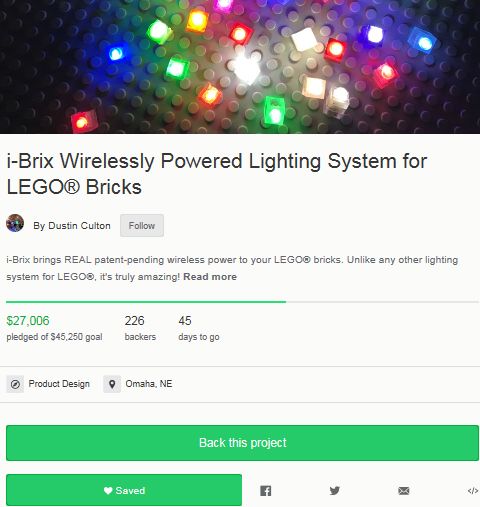 If you would like to learn more about how i-Brix works, see a demonstration video, and pledge your support, visit the i-Brix.com, or go directly to the i-Brix KickStarter campaign page.

So what do you think? How do you like the concept of wireless lighting for LEGO? Would you be interested to get them if and when they become available? Are you planning to support the project or have you already done so? Feel free to share and discuss in the comment section below! 😉