We haven’t talked about LEGO Architecture sets recently, but there is one new set that was released at the beginning of the month; the #21036 LEGO Architecture Arc de Triomphe, based on the famous historical landmark in Paris, France. So, let’s see if the LEGO version of the structure lives up to the significance of the real monument. 🙂 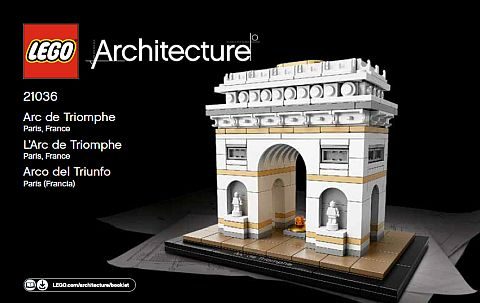 The real-life Arc de Triomphe is located at the western end of the Champs-Élysées, and stands at the center of the Place Charles de Gaulle, also known as the “Place de l’Étoile”. It was built between 1806 and 1836 in honor of those who had fought for France and is considered the linchpin of the historic axis (L’Axe historique) – a sequence of monuments and grand thoroughfares on a route that stretches from the courtyard of the Louvre Palace to the outskirts of Paris. 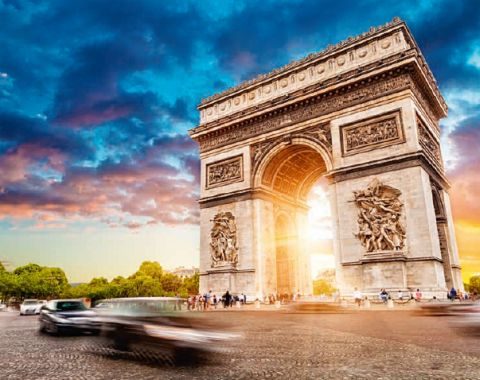 The Arc de Triomphe was commissioned by Napoléon I to commemorate his military conquests, and it the world’s largest triumphal arch when it was finally completed in 1836. Architect Jean François Thérèse Chalgrin’s creation is twice the size of the ancient Roman Arch of Constantine after which it is modeled. Work on the Arch stopped when Napoléon was defeated in 1814, but started up again in 1833 in the name of King Louis-Philippe I, who dedicated it to the glory of the French armed forces. Seen as an emblem of French patriotism, the Arc de Triomphe is engraved with the names of war victories and 558 generals. An Unknown Soldier is buried under the arch and an eternal flame of remembrance, lit since 1920, commemorates victims of the world wars. 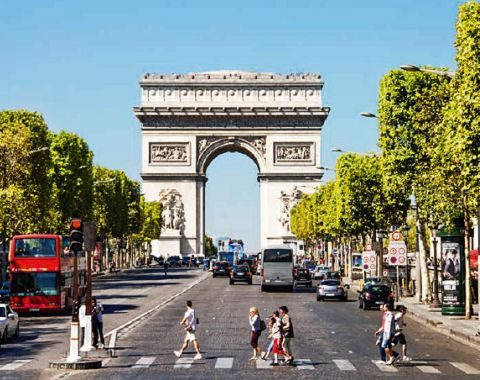 Each of the Arc’s pillars is adorned with one of four large sculptural reliefs: The Departure of the Volunteers in 1792 (a.k.a. La Marseillaise), Napoléon’s Triumph of 1810, Resistance of 1814 and Peace of 1815. The simple design and immense size of the Arc de Triomphe are typical of late 18th-century romantic neoclassicism. The observation deck at the top of the Arch still offers some of the best views in Paris. At the summit of 284 steps, you can see much of the city and take in the spectacular panoramas of La Défense, the Champs Elysées and the Sacré Coeur. On national holidays like Armistice Day and Bastille Day, the decorated Arc de Triomphe always features at the beginning or end of the parade or celebration. 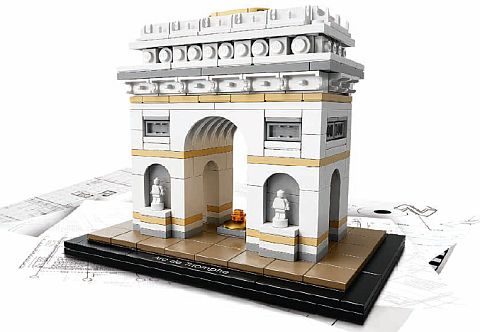 As all LEGO Architecture sets, the #21036 LEGO Architecture Arc de Triomphe is packaged in a high quality and sleek looking black box, with a lift-up lid. The included booklet contains information about the design, architecture and history of the monument (French and English languages only. Other languages available for download at the LEGO Architecture website). and of course, the instructions. The historical information and pictures I shared above is from the booklet, and there are even more interesting details about the architects and design history, peppered with some fun facts. 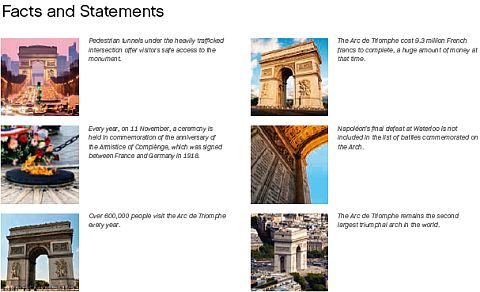 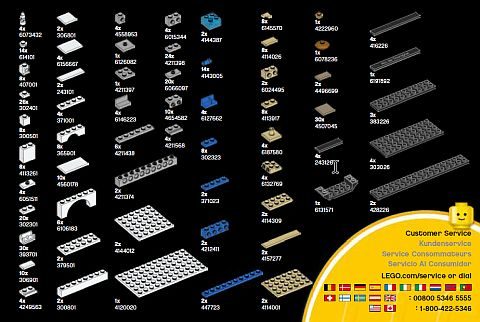 The Arc de Triomphe is built of white limestone, and the white, tan and light-gray color combination of the LEGO version reflects this nicely. The dark-tan tiles at the base are also a good choice. The decorations take advantage of some uniquely shaped pieces and clever building techniques, especially towards the top, but the rest of the building experience is pretty straightforward.

Here is the official description of the set: Capture the architectural elegance of one of the world’s best-known monuments with this impressive LEGO Architecture interpretation of the Arc de Triomphe. This detailed model faithfully reproduces Paris’ iconic masterpiece, with statue-adorned pillars, sculptural reliefs and subtle coloring that adds warmth while emphasizing the model’s bold lines, curves and contours. It also includes a golden plate to represent the Tomb of the Unknown Soldier, a LEGO interpretation of the eternal flame and a decorative “Arc de Triomphe” nameplate. This LEGO brick model has been designed to deliver a pleasantly challenging and rewarding building experience for all with an interest in architecture, travel, history and design, and makes a perfect display piece for the home or office. Measures over 4” (11cm) high, 5” (14cm) wide and 3” (9cm) deep. 386 pieces. Price: $39.99 – BUY HERE

Overall, I would say that the #21036 LEGO Architecture Arc de Triomphe is a nice display-piece on a desk or shelf, and a great souvenir for LEGO fans who appreciate French architecture, or perhaps visited the city in the past. The colors and decorations are lovely, and represent the real structure well. However, because the model is on the smaller side, it lacks the immensely satisfying building experience of the larger LEGO Architecture sets, where you run into interesting and surprising building techniques at pretty much every step. You can find the set, along with other historical models, under the LEGO Architecture section of the Online LEGO Shop. 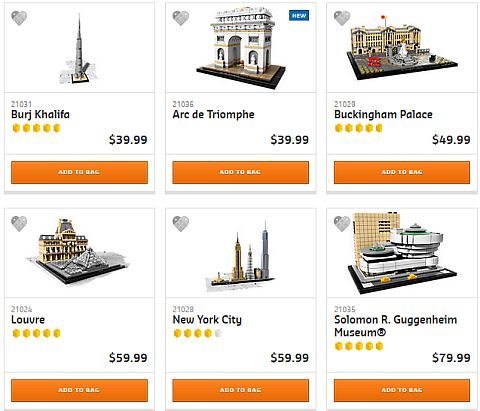 What do you think? How do you like the LEGO version of the Arc de Triomphe? Are you planning to add it to your collection? Do you prefer the smaller or the larger LEGO Architecture sets? Feel free to share your thoughts and own review in the comment section below! 😉