A very interesting set is going to be released next month, called the #41325 LEGO Friends Heartlake City Playground. According to the LEGO Friends website, this set is the result of a LEGO Friends competition that took place earlier this year. The winner had their submission turned into an official LEGO set, which even includes a mini-doll designed and named after the winner! Details below. 🙂

The LEGO Friends Designer Contest was held between the end of December last year and the end of February this year, with the winner announced in mid-March. There was a huge number of entries to the contest, which you can see at the contest page, and there is an excellent interview with one of the judges that you can read here. After narrowing down the entries, the judges made their final decision based on ten attributes, covering everything from the appeal of the model, originality and aesthetics of the design, playability, and more. (Below is a picture of the ten finalists.) 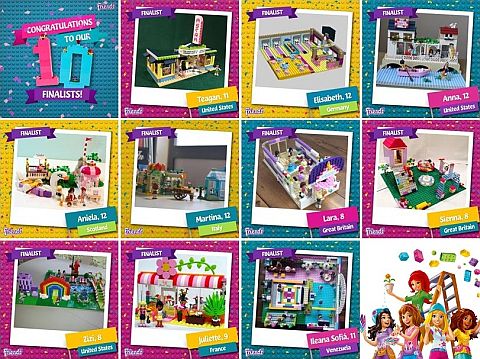 The winner of the contest was 8-year-old Sienna from the UK, with her LEGO Friends Heartlake City Playground submission (see below). Sienna had a chance to travel to Billund, Denmark with her family to work with LEGO designers to finalize her model to become an official LEGO set, and even had a mini-doll designed and named after her! At the LEGO Friends contest page there are some fun facts about Sienna and her model, which I have copied below. 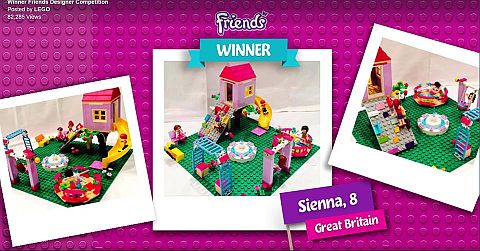 ➡ Sienna has been turned into a mini-doll to be available in the winning product. How cool is that? 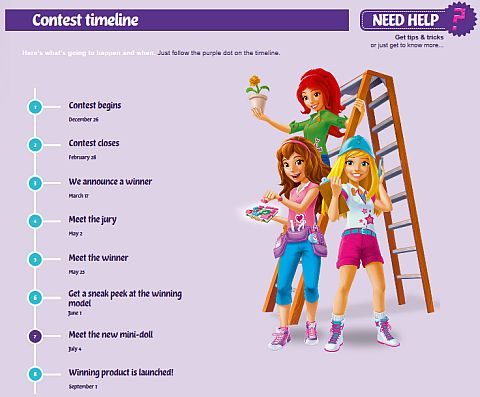 What a great opportunity for young LEGO fans to participate in such a great contest! And the winner can always proudly remember that she won a LEGO contest at only eight years old, that she directly worked with LEGO designers to make her model into an official LEGO set, and there is a LEGO mini-doll designed and named after her! Go, girl! Keep being awesome! 😀 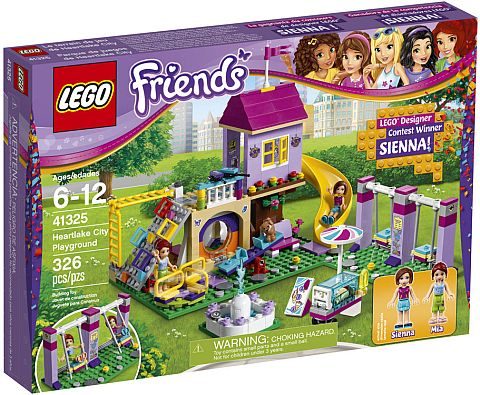 Here is the official description of the set: LEGO Friends Heartlake City Playground is the perfect place to have a blast with your besties. Centered around a tree house, it includes a climbing wall with colored holds and a twister slide. Push the functioning swings to make them go back and forth, spin the merry-go-round and make the 2 mini-doll figures go up and down on the seesaw. Help them take a seat on the benches as they watch Pippa the dog stretch her legs, then use the walkie-talkies to invite more friends to come out and play! Includes two mini-dolls: Mia and Sienna. 326 pieces. Price: $39.99 – AVAILABLE IN SEPTEMBER 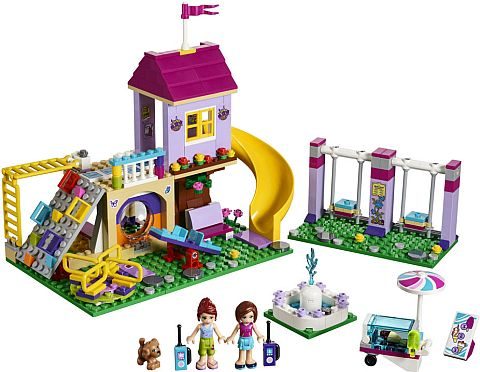 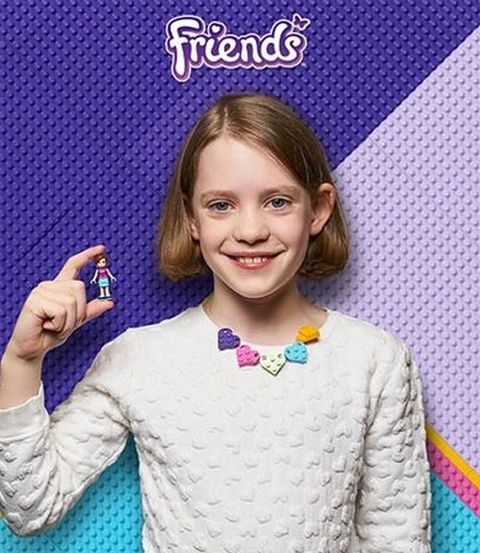 As I mentioned above, the #41325 LEGO Friends Heartlake City Playground is going to be available in September. In the meantime, you can also check out the newly released LEGO Friends Ski Resort sets, which are also very awesome. See the full selection at the LEGO Friends section of the Online LEGO Shop. 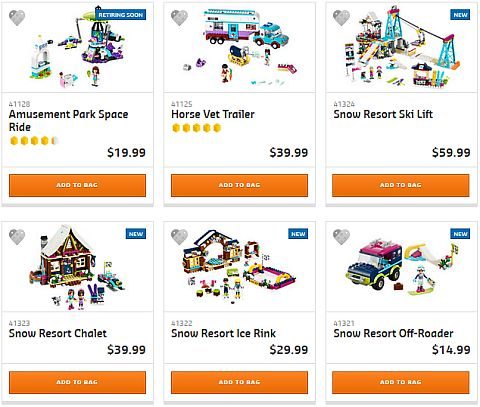 What do you think? How do you like the LEGO Friends Heartlake City Playground? And what do you think of the contest, the submissions, and the finalists? Did you participate in the contest? Or do you know someone who did? Feel free to share and discuss in the comment section below! 😉