The latest set in the LEGO Winter Village series is the #10259 LEGO Creator Winter Village Station, which is a great add-on to last year’s #10254 LEGO Creator Winter Village Holiday Train (see: LEGO Winter Village Train Station Coming!). To celebrate the new set, and to inspire and challenge teen and adult LEGO fans, LEGO is currently running a contest to build additional trains that would go well with the train station. The contest is ending in just a couple of days, and so far it got close to two hundred entries. While it was not a requirement to make the trains holiday-themed, being the holiday season, many of the contestants decided to make festive holiday trains. Today, I thought to show you some of my favorite holiday-themed entries from the contest, as they can give you some ideas for your own LEGO Winter Village and holiday train setup. 🙂 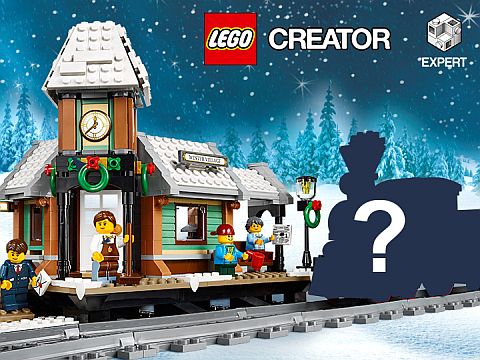 ➡ LEGO GINGERBREAD TRAIN 1: According to LEGO fan swandutchman, the creator of this sweet and lovely train, it is made of cookie colored bricks, tooth-aching icing and crispy candy. The locomotive contains a small oven to bake pies, and the tender is loaded with candy. The first carriage carries a big cake that rotates while riding, and a pie-shaped container filled with pies, croissants and pretzels. The second carriage carries a small version of swandutchman’s gingerbread house that received 10,000 supporters on LEGO Ideas last year. 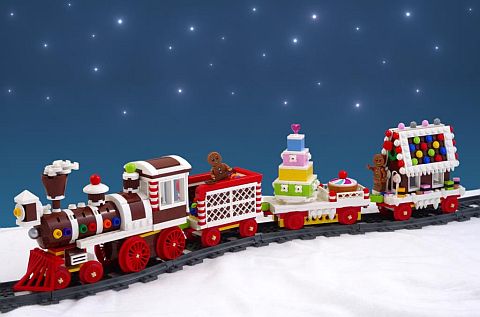 ➡ LEGO GINGERBREAD TRAIN 2: This little train was build by LEGO fan ALegoLass, and was inspired by gingerbread houses. It is covered with gifts and candy, and even fueled by candy! So sweet! 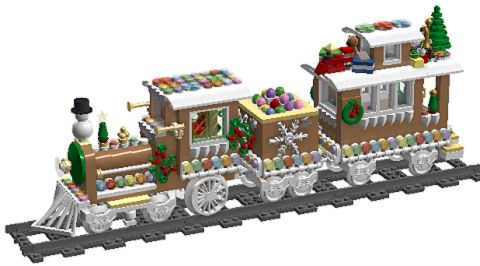 ➡ LEGO RUDOLPH EXPRESS: Rudolp the Reindeer has been turned into an old style steam engine! It was built by LEGO fan fz39ks.

➡ LEGO INTERCITY X-MAS TRAIN: LEGO fan fz39ks built a number of other trains for the contest, some holiday-themed, some not. It’s worth checking out all of them, and I thought to add one more in this list. Inspired by European double-decker intercity trains, this big and modern train carries minifigs in a festive holiday style. It is also fully motorized.

➡ LEGO SANTA’S TRAIN SLEIGH: This sleigh and train combination is pulled by eight reindeer, and is also motorized to be able to carry all those presents! It is the work of LEGO fan DaniAFOL01. Very cute! 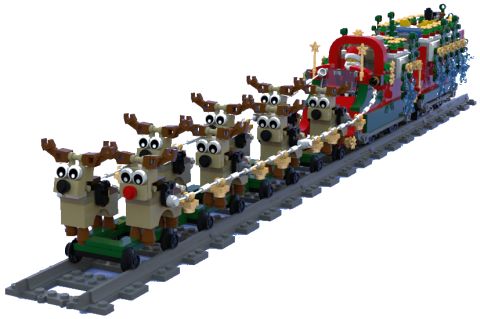 ➡ LEGO CHRISTMAS TRAIN 1: The engine of this train by kelvinwin is built with a theme of chocolate and gingerbread, the second cart is used for carrying the battery box, then there is Santa’s sleigh and a fancy clear Christmas globe with lots of gifts inside! 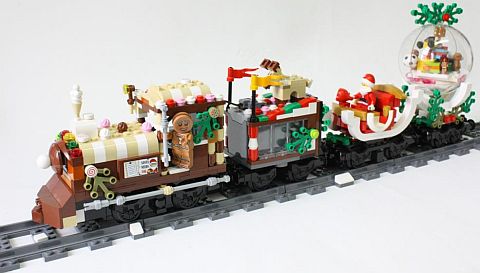 ➡ LEGO CHRISTMAS TRAIN 2: This train is sort of a mix between a Western-style train and a holiday train. It was built by fnatti.

➡ LEGO CHRISTMAS TRAIN 3: This little candy cane colored engine by MarcusF3009 doesn’t come with any train cars, but it is ready to pull whatever is needed for the holidays! 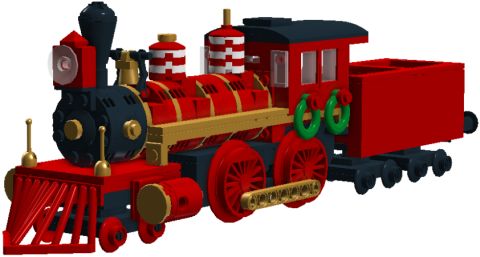 ➡ LEGO CHRISTMAS TRAIN 4: Instead of being pulled by reindeer, this train by Founder3000 has the Santa’s reindeer riding on top. There are also little penguins helping Santa to deliver presents. Very fun. 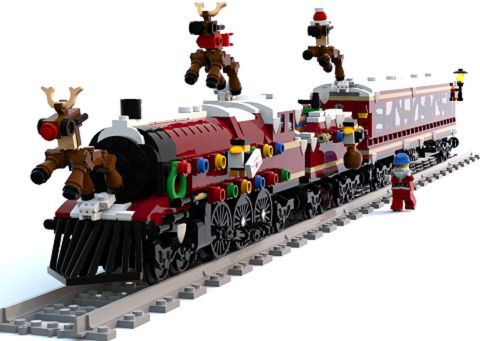 ➡ THE LEGO TRAIN OF CHRISTMAS WISHES: This train by Susimi, crosses the long winter nights around the world, to collect the secret letters of kids to Santa Claus. The magical train contains three wagons; the Santa’s sled post office, the red saloon car, and last, but not least the buffet car with the finest hot chocolate from Santa. The train can appear anywhere in the world in the evening hours before Christmas. 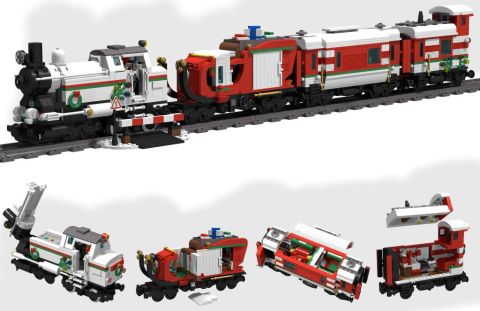 ➡ LEGO WINTER VILLAGE TRAIN: I found it interesting that this train takes the color-scheme of the #10259 LEGO Creator Winter Village Station to turn it into a very unique looking train. According to its creator, TheBrickBang, this train takes visitors on scenic trips across the local countryside, and as the holiday season approaches, the passenger car is replaced to haul a huge holiday tree to serve as the centerpiece for the Winter Village. I really like the design of the tree too!

➡ LEGO AUTUMN VILLAGE TRAIN: Graupensuppe shares that after seeing all the winter-themed entries to the contest, he decided he wanted to make a train dedicated to his favorite season; autumn. The train is decorated with all the beautiful golden colors of fall. 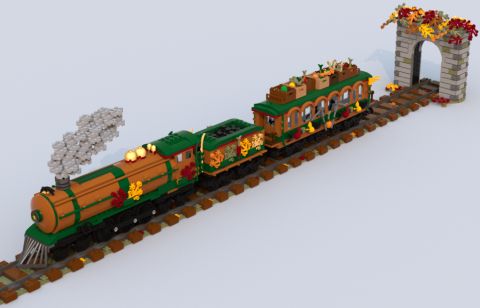 ➡ LEGO HOLIDAY TRAIN: I can’t really make out if this train is reddish-brown or dark-red, but in either case, it is beautiful. It was built by LEGO fan shayd_phd, and is also fully motorized. 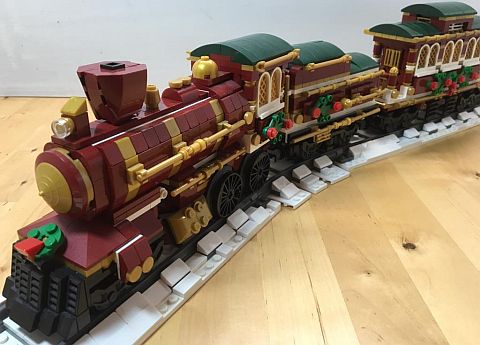 ➡ LEGO HALLOWEEN TRAIN: Monsters and goblins need a train too! This dark and scary train by Super Snuggie, will give any daring minifig a scary and bumpy ride!

➡ LEGO ROYAL TRAIN: This train, also by Super Snuggie, is not exactly holiday themed, but it is definitely fancy, so I thought to add it to the list. It comes with a jail cell, a winged carriage, and a train cart – all in royal white and gold!

What do you think? How do you like these LEGO holiday trains? Which one is your favorite? Did you enter the contest? Are you planning to set up a LEGO train for Christmas this year? Feel free to share your thoughts and discuss in the comment section below! 😉