by Thita (admin) on October 9, 2017
in Featured LEGO Creations

The non-availability of the highly anticipated #75192 LEGO Star Wars UCS Millennium Falcon has been a great disappointment for LEGO Star Wars fans. LEGO wasn’t expecting such a strong demand for the largest and most expensive LEGO set of all time, especially with so many people already complaining on social media about LEGO sets being too expensive. Due to expecting moderate sales, they didn’t even limit the number of units households could buy during the LEGO VIP early access period (which is something they normally do with new releases), until it was too late. At this point, they are still struggling to fulfill orders from three weeks ago, with no estimated time of delivery. With all of this, the general release scheduled for October 1st had to be pushed back by at least a month, likely even more. LEGO fans don’t expect the company to catch up until early next year… 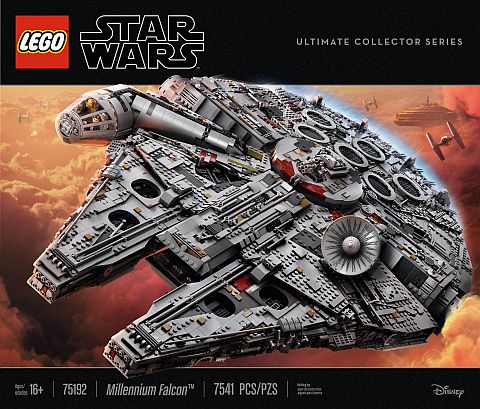 There is the following note at the Online LEGO Shop on the #75192 LEGO Star Wars Ultimate Collector’s Series Millennium Falcon’s page: “On Thursday, September 14, the LEGO Group gave its VIP members an opportunity to purchase the LEGO Star Wars Millennium Falcon. We are thrilled by the positive response to the set, which is the largest we’ve ever released so far. We can assure all our fans around the world, that we are doing everything we can to make more sets available and keep our LEGO builders happy. This set is currently sold out and will remain exclusive to VIP’s at least through November as we work to meet consumer demand.”

That’s a lot of bad news for LEGO Star Wars fans, who really wanted to buy the set for themselves before the end of the year, or as a gift for Christmas. However, LEGO fans are a creative bunch, and instead of waiting around all depressed, they are building their own versions of the Falcon to pass the time and satisfy their itch to build. If you have been waiting for the Falcon yourself, I have included a few examples of these creative interpretations of the iconic ship to help lift your spirit. Perhaps they will inspire you to build something awesome too! 🙂 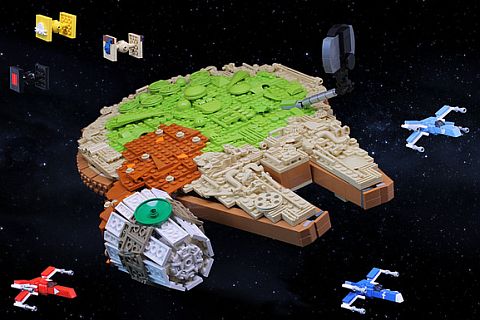 ➡ LEGO MILLENNIAL FALCON: No, that’s not a typo. The Millennial Falcon by flickr member Melan-E was built for the LEGO Star Wars Freighter Wars Contest we talked about previously, and pokes fun of the lifestyle of Millennials. Melan-E says: “I was laying on the floor looking up at the ceiling, and thinking of how I could build something with the Millennium Falcon that was different that all the current news and LEGO related hype on the internets. So, Avocado Toast & Pumpkin Spiced Latte Falcon happened! Building the little social media ships was fun, and of course cannot miss the selfie stick jab whenever I can.” Check out the YouTube, Facebook and Twitter X-wings, and the Instragram, Snapchat and Netflix TIE Fighters. You have to be a Millennial to identify them all! Larger picture here: LEGO Millennial Falcon 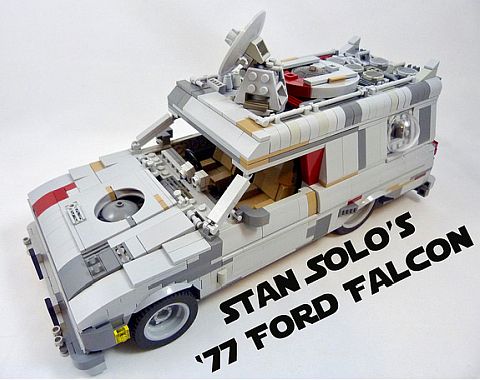 ➡ LEGO ALUMINUM FALCON: Lino Martins, the creator of this fine vehicle, tells the whole story: “A few decades ago, in a county not too far from here there was a cocky, albeit likable, scoundrel named Stan Solo, his girlfriend Laura, and their big biker friend Chad Bacca. With the help of their imported Australian ’77 Ford Falcon, they’d smuggle anything, if the price was right. They jerry-rigged so many repairs and modifications to the car, and patched on so many sheets of aluminum that they eventually called it the Aluminum Falcon. The car was not much to look at, but thanks to a suped-up nitrous enhanced V-8, it can loop the Kessel track in 12 seconds. This speed has come in handy at times as their shenanigans can attract the ire of mobsters and bounty hunters. Here we see that Stan is always ready for danger with his trusty scoped pistol, Laura is listening in on pursuing bad guys with her headphones, while Chad is quite the marksman with his crossbow.” Larger picture here: LEGO Aluminum Falcon 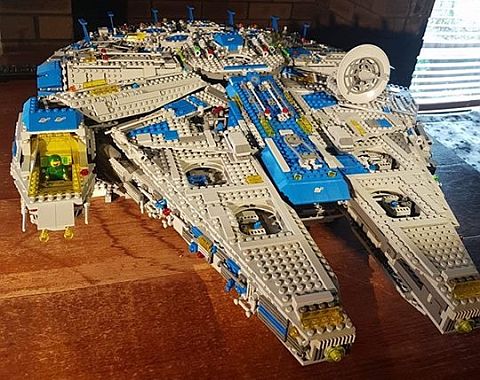 That’s a creative collection of Falcons, isn’t it? And these are just some of the latest ones! I have also seen through the years LEGO Friends Falcons, Unikitty Falcons, and more. So, while you are waiting for the #75192 LEGO Star Wars Ultimate Collector’s Series Millennium Falcon to arrive, you might want to pull out your bricks and give the Falcon a twist. And you can also check out the smaller, and currently available smaller but still awesome #75105 LEGO Star Wars Millennium Falcon at the Online LEGO Shop. 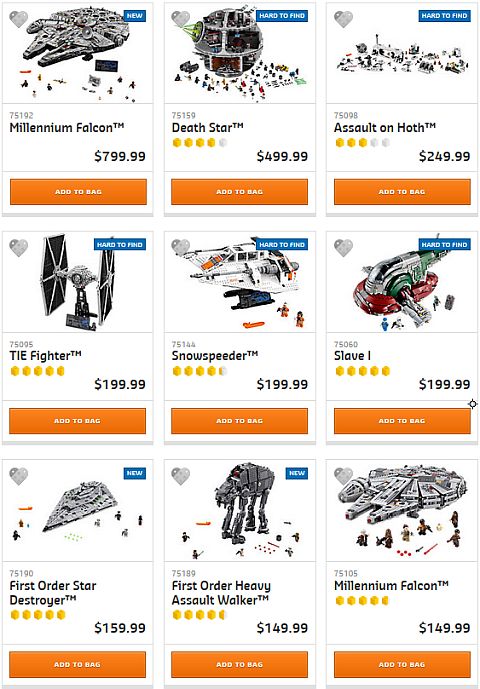 What do you think? How do you like these alternate versions of the Millennium Falcon? Do you think Han Solo and Chewbacca would approve? What colors and themes would you use to build a Falcon? Feel free to share your thoughts in the comment section below! 😉