Back in 2012, one of the LEGO City sub-themes focused on mining, more specifically, mining for gold. The series included some pretty substantial vehicles, like the #4200 LEGO City Mining 4×4, the #4201 LEGO City Loader and Tipper, the #4202 LEGO City Mining Truck, and the #4203 LEGO City Excavator Transporter. But, the jewel of all the mining sets was the #4204 LEGO City The Mine. The set had everything a kid would ever want; drilling machine, crane, truck, train, conveyer belt, caves, hidden safe, shiny gold pieces, dynamites, detonators, rocks and explosion warning signs. The play-features included lots of blasting, drilling, breaking and hauling, providing hours of fun and imagination! 🙂 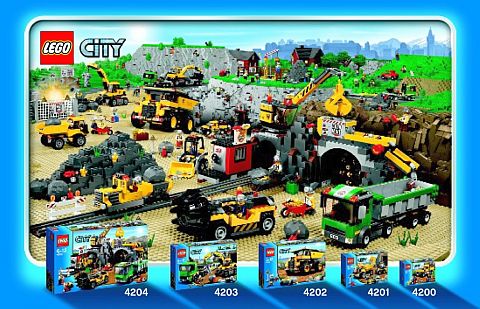 At the beginning of 2018, LEGO reintroduced the LEGO City Mining theme, but interestingly, they kept it relatively small, in both selection and size. In 2012, we got five medium to large sets, plus a couple of smaller polybag sets. This time, we only get four sets; two are small, one medium, and one large. The largest #60188 LEGO City Mining Experts Site is comparable to the #4204 LEGO City The Mine, but because the mine area is much smaller, it doesn’t feel as exciting as the older set. 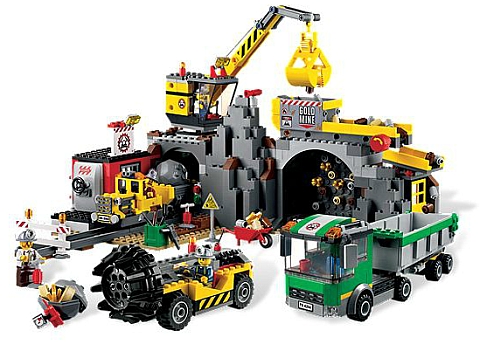 The #60188 LEGO City Mining Experts Site does have some neat features though. The highlight of the set is a large grinder/crusher that runs on tracks, and can strip the gold nuggets off the mine’s wall with a drill wheel. It’s a good idea, and the feature works well, but the mine’s wall is small. 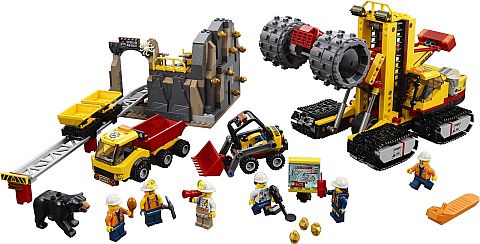 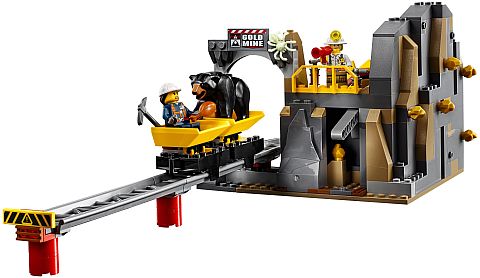 Let’s see… what else… you also get a front loader with raising shovel and a dump truck with tilting bed. As you will see in the video-review below by JANGBRiCKS, they have some flaws working with each other, but otherwise they are pretty solid. And there are also six minifigures, an always desirable bear, a glow-in-the-dark spider and a dozen of the new type of golden nuggets. 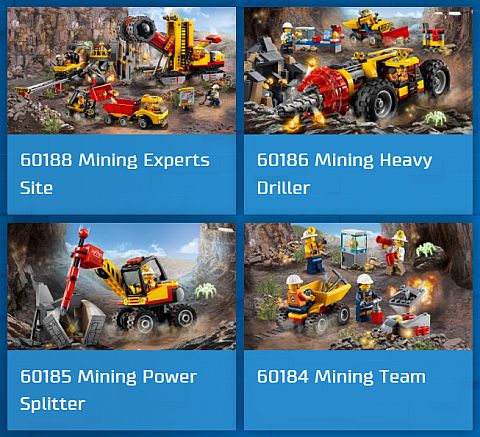 I’m not going to talk about the other three sets in the new LEGO City Mining collection, because, frankly, there is not much to talk about. The sets are small, and their play-features are very basic. However, I have included video-reviews of the sets in the player below, if you would like to check them out in more detail. And I have also included the video-review of the older #4204 LEGO City The Mine from 2012 for comparison.

All in all, I find the 2018 LEGO City Mining collection lackluster. The #60188 LEGO City Mining Experts Site is a good set, and I would recommend it, but I feel that it doesn’t match the awesome look and play-features of the #4204 LEGO City The Mine from 2012. Seeing that the price of the older set is around $120-$150 on the secondary market, I’m inclined to recommend that one over the new sets: LEGO CITY MINE SETS ON AMAZON. But don’t let my opinion scare you away from the new sets. After all, we all have different tastes. If you prefer the 2018 LEGO City Mining sets, they are available at the LEGO City section of the Online LEGO Shop. 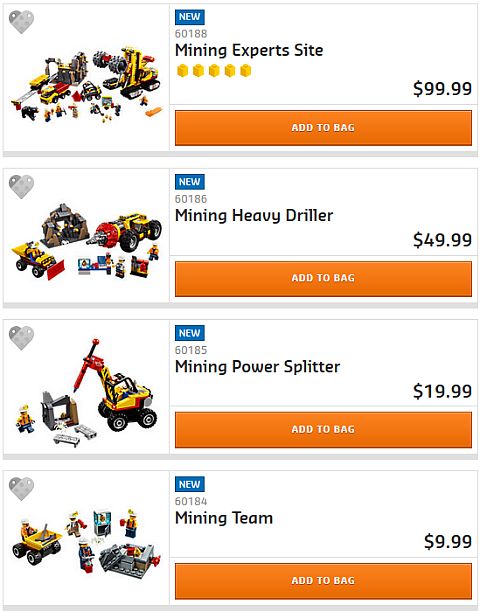