We just talked about the winners of the first LEGO Ideas contest a few days ago, and now the LEGO Ideas team is ready to challenge fans with another great contest, titled LEGO Ideas Moments in Space. Details of the contest are below, but I also wanted to point out that the grand prize includes the unique possibility of getting the winning model adapted into a gift-with-purchase LEGO set in 2019. This is the direct result of the brainstorming session and survey that many of our readers participated in last year (see: LEGO Survey: What Free Sets Would You Like?). 🙂 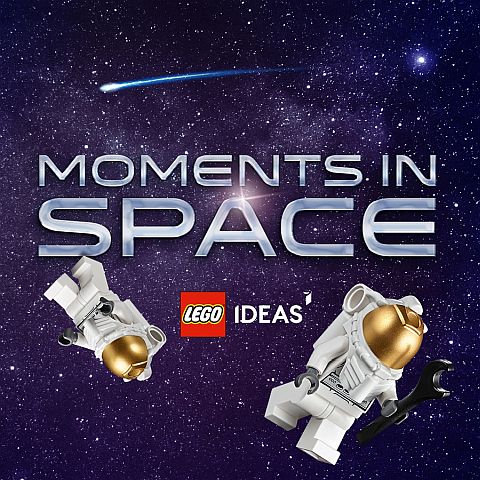 ➡ LEGO IDEAS SPACE CONTEST – OVERVIEW: The LEGO Ideas team in collaboration with the LEGO Extended Line team is looking for the next exclusive LEGO gift-with-purchase set for LEGO stores, LEGOLAND Parks, LEGOLAND Discovery Centers, as well as the Online LEGO Shop. They invite LEGO fans to show off their best small to mid-size space designs. The contest entry can be as sci-fi or as realistic as you wish, as long as it stays within a 16×16-stud size limit.

➡ LEGO IDEAS SPACE CONTEST – HOW TO ENTER: Build your favorite LEGO moment in space using LEGO bricks or a digital building tool like LEGO Digital Designer. Take up to five photos of your creation and submit them to the contest. Make sure to show off all angles and any features or functions of your creation. Add a title and short description. Upload your entry to the contest using the blue Submit Your Entry button on this page.

➡ LEGO IDEAS SPACE CONTEST – RULES: Entries should be able to fit on a 16×16 stud LEGO baseplate. While some elements can overhang, the base of your model should not extend this measurement. There are no formal height restrictions or size minimums, however your model should fit in a smaller LEGO box, and be around 300 pieces. Please refer to previous gift-with-purchase sets, such as the #30607 LEGO Super Heroes Disco Batman, #30611 LEGO Star Wars R2-D2, #40220 LEGO Creator Mini London Bus, #40221 LEGO Creator Fountain, #40222 LEGO Christmas Build-up, #40223 LEGO Christmas Snowglobe, #40251 LEGO Creator Mini Piggy Bank, #40252 LEGO Creator VW Mini Beetle, #40253 LEGO Christmas Build-Up, and #40254 LEGO Christmas Nutcracker for an idea on what size model to build. Extremely large models will not be approved. Entries must only contain basic LEGO elements, such as elements from LEGO City, LEGO Collectable Minifigures, and LEGO Creator. Common parts from sets such as LEGO Star Wars, The LEGO Movie, or LEGO Ninjago may be used, but any parts specific to sets outside of LEGO Classic, LEGO Collectable Minifigures, LEGO Creator (such as printed parts or minifigure accessories) are not allowed in this contest. If you wish to use stickers, only LEGO-made stickers are allowed in your entry. There is no guarantee that the winning entry will be adapted into a gift-with-purchase set, only that the grand prize winner will have the opportunity to have their entry adapted. Only our LEGO designers can decide if this is a possibility after reviewing all entries. If you win and your entry can be adapted into a set, a LEGO designer will consult with you regarding your model. Your model may be altered to fit LEGO design standards and any minifigures in your entry might be changed or removed depending on current piece availability. Entries consisting of or containing copies of any existing third-party work or creation, or infringements of any third party intellectual property right will not be eligible for the contest (this includes references to intellectual property such as Star Wars or NASA). Projects may only contain genuine (not cut, glued, drawn on, or modified) LEGO bricks. You must be the original creator of all creative work you submit (the model, images, photographs, description text, etc.) and you must have the exclusive right to submit your model to this LEGO Ideas contest. You may not submit a model made by, or on behalf of, someone else. Entries must be new creations and not previously posted online or submitted to any other contest. You must be at least 13 years of age at the time of entry. You can read the rest of the entry guidelines and rules here.

➡ LEGO IDEAS SPACE CONTEST – DEADLINE: You must submit your entry by February 9th, 2018 at 6:00 AM EST. If you are not sure what time zone you are in, you can use an online time-zone converter to make sure you don’t miss the deadline.

➡ LEGO IDEAS SPACE CONTEST – JUDGES: The contest will have two voting phases. The fan voting phase will last until the 19th February, 2018 and help select the top 25 entries (so, rally your friends to vote for your entry!). In the second phase, a panel of judges including members of the LEGO Extended Line team and LEGO designers will choose a grand prize winner and ten runner up winners based on: overall coolness and originality – 25%, most inspired detail – 25%, relevance to contest theme – 25%, best use of LEGO elements – 25%. 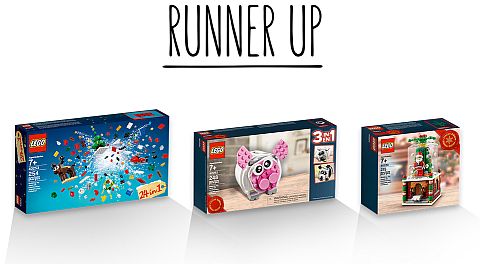 ➡ LEGO IDEAS SPACE CONTEST – WINNERS ANNOUNCEMENT: Winners will be contacted on the email address associated with their LEGO ID account after February 20th, 2018 and announced on LEGO Ideas when the winners returned the signed Winner’s Certification Documents. A winner who does not return their Winner’s Certification Document within one week (5 days) of receiving it will be disqualified, and a new winner will be selected.

Another great contest, isn’t it? Particularly for LEGO Space fans! The model doesn’t have to be big (which definitely helps), however for a chance to win, it should have the aesthetics of an official gift-with purchase LEGO set. That’s a pretty good challenge! Please note that since the contest feature of LEGO Ideas is still in beta, some details may evolve over time. You can check out the LEGO Ideas Contest Beta Frequently Asked Questions page, and to see the currently available fan-designed LEGO sets visit the LEGO Ideas section of the Online LEGO Shop.

What do you think? How do you like the LEGO Ideas Moments in Space contest? Are you planning to enter? Do you have some ideas already? Feel free to share and discuss in the comment section below! 😉