At the beginning of the year, LEGO released a series of new sets under the LEGO Elves collection that we haven’t talked about yet. LEGO Elves is well known for its beautiful color-scheme, interesting accessories, and magical creatures. Even though the 2018 LEGO Elves wave is small with only five sets, it does not disappoint; we get plenty of new creatures and accessories to play with and collect. So, let’s take a closer look. 🙂 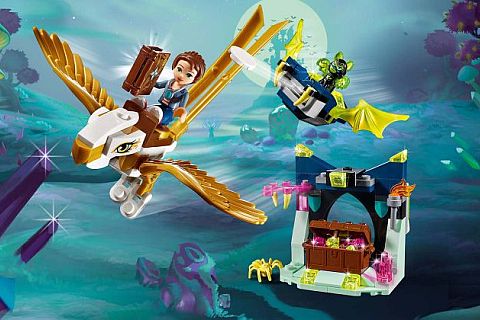 All of the 2018 LEGO Elves sets are modest in both size and price. The colors are an interesting mix of black and other dark colors (representing the villainess Noctura, and her bat minions) and the purples, blues, fiery colors, and gold for the elves. One very interesting feature of this wave of LEGO Elves sets is that instead of just dragons, we get a whole selection of brick-built magical creatures; Lumia the eagle (who assists Emily Jones on her adventures), Cory the Guardian Water Turtle, Rowan the Guardian Fire Lion, Cyclo the Guardian Wind Dragon, and Liska the Guardian Earth Fox. 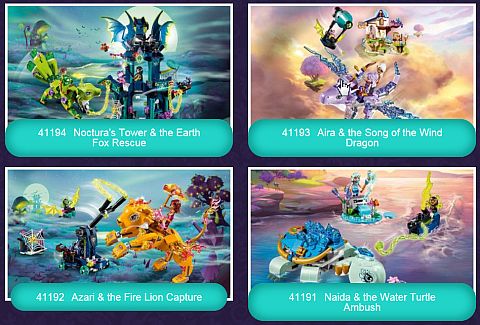 Amongst the creatures, the eagle is the most realistic, but that’s because it supposed to be a real eagle. It has some cleverly built details and looks excellent overall. The turtle has a beautiful watery color-scheme with aqua, azure, and translucent-blue. The lion is decorated with lots of fiery pieces. Both the turtle and the lion come with new, nicely moulded heads, and printed facial features. The dragon is similar to the previously released LEGO Elves dragons, but on a smaller scale. And, last but not least, is the magic fox in shades of green and purple, and sporting a peacock-like tail. 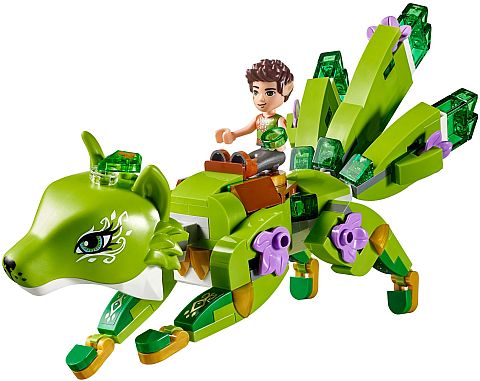 Each of the sets includes one or two bat minions as well; cute little creatures with grumpy faces and translucent wings and ears. I’m so going to collect all of them! Other adorable animals include a re-colored baby turtle and bird, and the new type of spider (well, maybe that one is not so adorable). 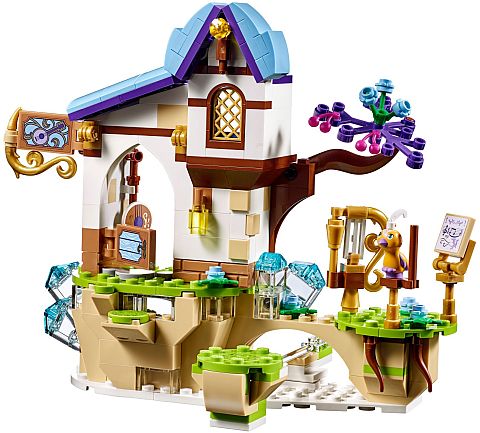 There are so many unique accessories, it’s hard to list them all! We get the usual little bits of flowers, crystals, gems, flames, etc., but there are new pieces as well. The flowers are the new type of 1×1 round plates with petals, and there is also a new type of diamond piece attached to the forehead of the Guardians, as well as to Noctura’s tower. Notice that the sections representing Noctura’s dark powers include not just black, but also the recently resurrected teal color. I should also mention that many of the pieces are printed! 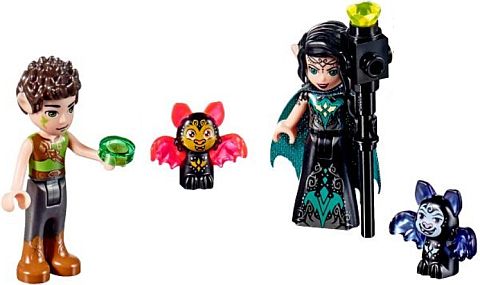 As far as the mini-dolls, they are beautiful as usual. The elves wear clothing to represent their elemental colors with delicate designs. Emily wears regular human clothes with cute red sneakers and her magical amulet. And Noctura is absolutely gorgeous (I have noticed that the evil mini-dolls in the LEGO Elves line always look exceptionally pretty.) Below is a short description of all five of the new sets. 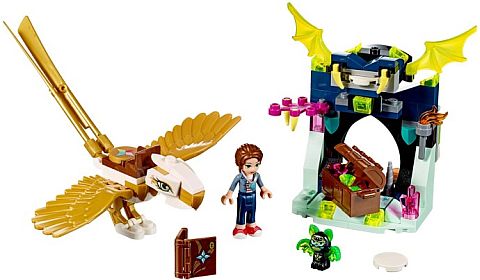 ➡ #41190 LEGO ELVES EMILY JONES & THE EAGLE GETAWAY: Seek the magic within to recover the stolen magical diary page with Emily Jones and Lumia the eagle! This thrilling LEGO Elves set features a fully posable and buildable eagle figure with space for a mini-doll figure, cave with rotating treasure chest and upside-down bed for the bat, plus a ledge with a bat glider with disc shooter. Includes an Emily Jones mini-doll figure plus Vespe the shadow bat and spider figures. 142 pieces. Price: $14.99 – BUY HERE

➡ #41191 LEGO ELVES NAIDA & THE WATER TURTLE AMBUSH: Seek the magic within to help Naida protect the Elemental Guardian creature! This exciting LEGO Elves building toy features a large buildable water turtle with movable head and legs, and space for a mini-doll figure, plus a small island with disc shooter and a boat with chain shooter and space for a bat. Includes a Naida mini-doll figure plus Furi the shadow bat and Calypso the baby turtle figures. 205 pieces. Price: $19.99 – BUY HERE

➡ #41193 LEGO ELVES AIRA & THE SONG OF THE WIND DRAGON: Seek the magic within to help Aira, Lumia and the Guardian Wind Dragon face the shadow bat! This amazing LEGO Elves toy for girls and boys features a fully posable and buildable wind dragon with transparent wings and space for 2 mini-doll figures. The set also includes a bat airship with shooting function and spinning propeller, and a ‘floating’ island music school with opening entrance door, hidden chest and rotating sign. Includes Aira and Lumia mini-doll figures, plus Sebastian the bird and Phyll the shadow bat figures. 451 pieces. Price: $39.99 – BUY HERE 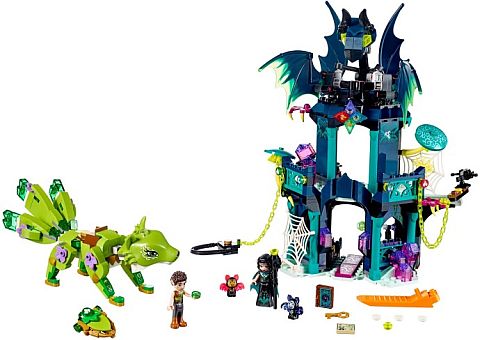 There is some worry amongst fans of the LEGO Elves line that the collection might be discontinued in the near future, based on the fact that no LEGO Elves sets were displayed at any of the recent toy fairs. I hope that’s not true, and there are at least a couple of other sets coming later this year, but whatever the future holds for LEGO Elves, it has been definitely one of the most beautiful LEGO collections ever released. And, the 2018 LEGO Elves collection shows that LEGO Elves still has its magic. 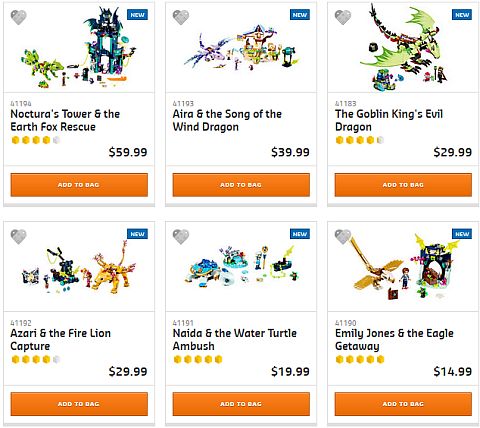 What do you think? How do you like the LEGO Elves line? Have you been collecting the sets and characters? Which one is your favorite amongst the 2018 LEGO Elves sets? Feel free to share your thoughts and own review in the comment section below! 😉