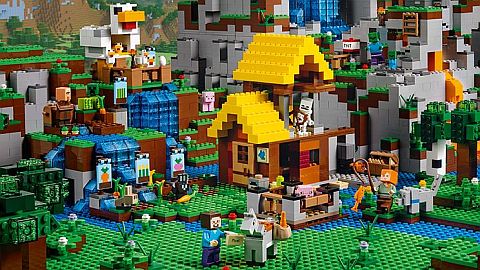 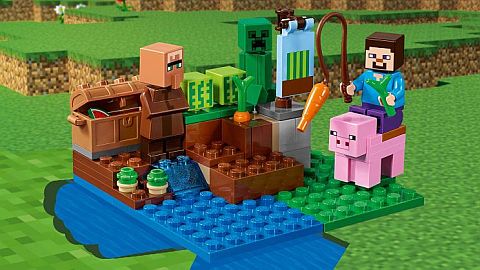 It’s nice to have such small LEGO Minecraft sets for a change, as it allows fans to add additional terrain and characters to their layout without spending a fortune. From the two sets, I would say that the #21138 LEGO Minecraft The Melon Farm is more interesting, just because it has a great selection of earth-tone colors, several nice printed pieces, and a few of the new 1×1 flower-shaped round plates in green. Of course, if you like fiery pieces, the other set would be a better choice. Both of the sets are $14.99 each and are available at LEGO retailers and the LEGO Minecraft section of the Online LEGO Shop. 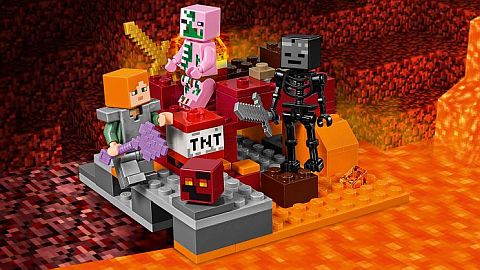 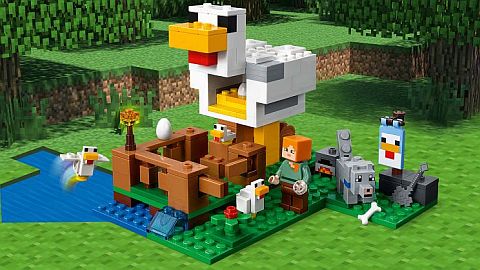 The #21141 LEGO Minecraft The Zombie Cave features a cave with a TNT blasting function and some usual LEGO Minecraft accessories. Notable characters are the adorable baby zombie micro-figure and the brick-built bat. The set also includes Steve and a regular zombie minifig. Both sets are $19.99 each, and are available at LEGO retailers and the LEGO Minecraft section of the Online LEGO Shop. 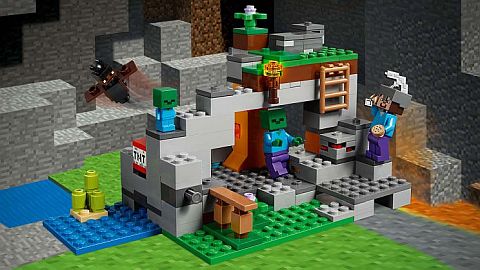 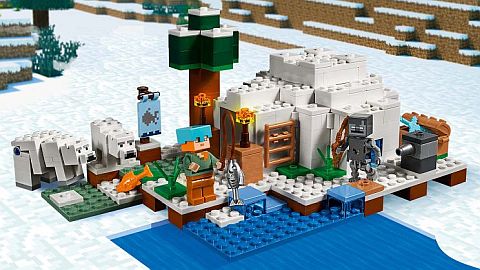 The #21142 LEGO Minecraft The Polar Igloo includes a snow-covered biome with an igloo. The polar bear and baby polar bear are cute additions to an otherwise pretty standard layout and features. The #21143 LEGO Minecraft The Nether Portal has some interesting features; a small section of the Minecraft track system we have seen in some previous sets, a ghast figure that shoots fireball-decorated discs, and another adorable baby zombie micro-figure. I also like how LEGO designers handled the portal with the black frame and translucent-purple piece. 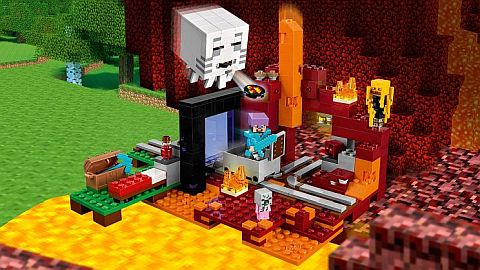 The #21144 LEGO Minecraft The Farm Cottage is a fairly substantial set with a 2-story house with detailed interior, a garden with carrot, wheat and beetroot patches, an animal pen, and more. There is also a host of cute animals, including a donkey, a baby pig, a bunny and a baby bunny. The set has enough features and playability to work well on its own, or it can be added to other LEGO Minecraft sets such as the #21128 LEGO Minecraft The Village released in 2016. You can find all three set under the LEGO Minecraft section of the Online LEGO Shop. 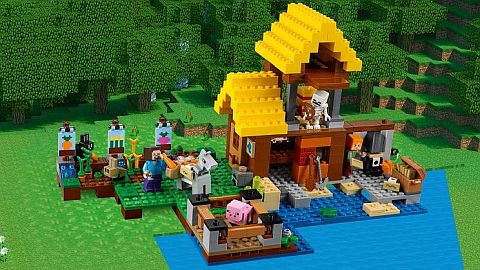 In summary, I would say that this is a good collection of LEGO Minecraft sets with a particularly nice selection of animals. None of the sets is weak or boring as it sometimes happened in previous waves. And the smaller sizes allow LEGO Minecraft fans to pick up the sets they really like without breaking the bank. In the video-player below, JANGBRiCKS will show you each of the 2018 LEGO Minecraft sets in more detail.

What do you think? How do you like the 2018 LEGO Minecraft sets so far? Did you get any of them already? Which one is your favorite? Feel free to share your thoughts and own review in the comment section below! 😉 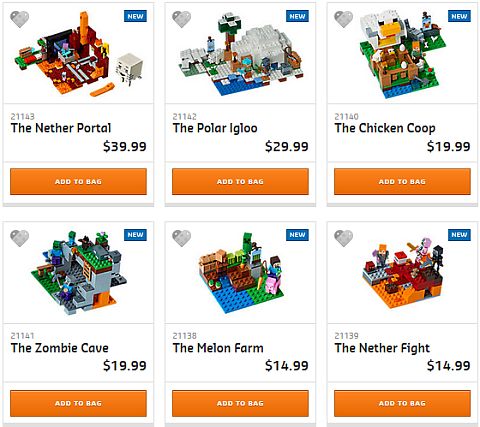